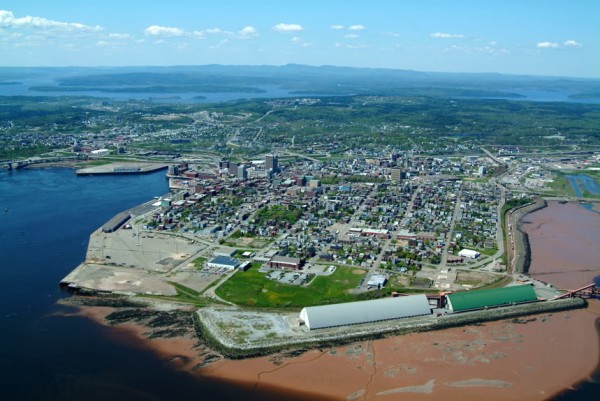 SAINT JOHN – It’s official. The City has finally implemented a new municipal plan to replace the outdated 40 year-old plan whose policies have ransacked the city. Sprawl, encouraged under the old municipal plan, has shifted the population around, outside the city’s borders, and created a doughnut hole where a densely populated city once stood. Of course, this is an easy conclusion to reach with hindsight at our disposal but, to be fair, I’m sure the Council, city staff and consultants of the day had the best interests of the city at heart. In the prevailing 40 years, however, the trends and practices in urban planning have made a massive about-face. No more of this idyllic “city-country” state, the suburbs, but a focus on density, walkability, and sustainability. The residents of Saint John appear to have sensed the impact of these old outdated policies and have begun rejuvenating the city even in the absence of a new municipal plan. The city is seeing a natural resurgence and the new crowd-sourced municipal plan will be a fantastic guiding document and development tool reaffirming the direction the city is already heading in.

So how do we begin to physically repair the damage? The new municipal, as much of a success as it has been hailed to be, is only a guiding document at 30,000 feet, as the saying goes. The real opportunity for the city now is to reform of the zoning bylaw. Zoning is the “interpreter” of the municipal plan and what the future developers of our city will use as the guideline for the individual buildings that will be built in accordance with the plan. Thankfully, by provincial legislation the bylaw must be revised to reflect the municipal plan within 18 months of the date of adoption.

As I write this article, I am sitting on the ferry to Grand Manan chatting with many of the locals. I am reminded of the distinct difference between the city and country and how fiercely proud these residents are of their way of life. Their isolation is their pride and they do things “their way.”  A person can come to Grand Manan and get an honest appreciation of the benefits of living there without distraction.  That is, of course, until you tell them you’re “a mainlander.” I recall making a similar distinction between city and country while looking through the window of the high speed train on my way from Rome to Florence, Italy.  Taken to the extreme, many towns were walled-in, thereby controlling growth and necessitating density.  Outside the walls, you lose the protection the wall provided to the medieval town but are given all the freedom you desire.  Italians are fiercely local as I noted in many of the small Tuscan villages and each town has their own traditions. City life and country life have a clear distinction and their own identity.

Around the time of the Great Depression and earlier, there was no other choice: you either lived in the city or the country. But cities were a whole different beast back then: littered with poverty, substandard housing, smoke-belching factories, and crime. The country offered none of the amenities and employment opportunities at a time of growing technological change; farming as a way of life was beginning its long decline. Given the circumstances as they saw them, the urban planners of the day determined that a city-country mix, the suburbs, offered the magic panacea. Life would offer the best of both worlds. Everyone would have a patch of land, a single-family home, and a glowing family. The so-called American Dream was born.

What we’ve since learned, rather than offering the best of both worlds, suburbs, in general, have the best of neither and actually dilute what is special of the city and the country. They are not the idyllic city-country states envisioned by those pioneering planers all those decades ago and have only served to make the whole undistinguishable. The rush to compete with the rampant suburban development has seen the country divide up their precious farmland and sacrifice privacy and space for sprawling subdivisions while the city has moved away from density and walkability to “flatten” and redistribute the population around a greater area, hollowing out the core. Municipalities around the world have “suburbanized” their zoning standards in a bid to compete and keep development dollars within their boundaries. But to what effect?

Think about it. Take Uptown Saint John and plans for a new residential building. The current zoning standards require 1.25 parking spaces per unit, the same as most surrounding suburban communities despite ample transportation options other than a personal vehicle. Meeting this requirement necessitates a parking lot. The parking lot ends up on the side of the building where another building could otherwise go, creating a gap-tooth street face. For the same reason, an existing building might not be reusable because the site cannot accommodate a parking lot, so it is torn down and sold to the neighbouring property owner as parking. Now you’ve created a near vacant block to the point that the neighbourhood is no longer walkable, thereby requiring people to drive from one location to the other, thereby requiring space for more cars to park, thereby requiring more parking, thereby requiring fewer transit stops and reducing transportation options, etc., etc. It is a vicious cycle. In our attempt to compete with suburban zoning standards, we have inadvertently given the tools necessary to tear down the very city life and vibrancy that our residents want.

By doing this, we’ve lost much of what made us distinct and what gives us our pride and identity. But Saint John is lucky.

Despite the devastation cast upon our city by the last municipal plan and zoning regulations, Saint John was originally built at a time when walkability and density were key building blocks of community design. It still has an urban core that many other cities can only dream of recreating. This is where the magic is already happening. New stores, restaurants, and specialty shops are popping up every day and new infill projects, such as the Abbey on Charlotte Street and the Harbourfront Residences at Three Sisters on Prince Williams Street are prime examples of the growing urban movement. Although the zoning bylaw is far less “sexy” than a municipal plan, it is with zoning that the community interest shown in the municipal plan will truly be reflected and promote the kind of development we want to see.

As a member of the City’s Planning Advisory Committee, I couldn’t be more excited to begin revising the zoning bylaw (expected to get underway in earnest in February). The launch and public engagement, unfortunately, is unlikely to attract the same crowds and levels of interest seen in the PlanSJ process. The subject matter is far too technical, mechanical, and dry for most people but there have been exciting developments in zoning over the years, from urban design guidelines, to form-based codes and transect models that will help us to once again separate the city and country and grow a sustainable, imaginative community. A complete rethink of our zoning bylaw is necessary, not just a rehashing of what is already existing. To meet the directives of the municipal plan we need to move away from prescriptive standards toward permissive and performance-based standards; away from “setbacks” in favour of “build-to” lines; reduce car dependency with parking “maximums” and on-street parking; reduce the width of streets; require bicycle parking and other public amenities, and encourage mixed-use developments where most zones segregate perfectly compatible uses. The possibilities are boundless.

This is where the rubber hits the road. We’ve got a great municipal plan in PlanSJ but if we don’t get the zoning just right, we’ll end up with egg on our face. And not the fresh, organic kind from our local country farmers either. It’s time we realized that getting the best of both worlds isn’t always best.