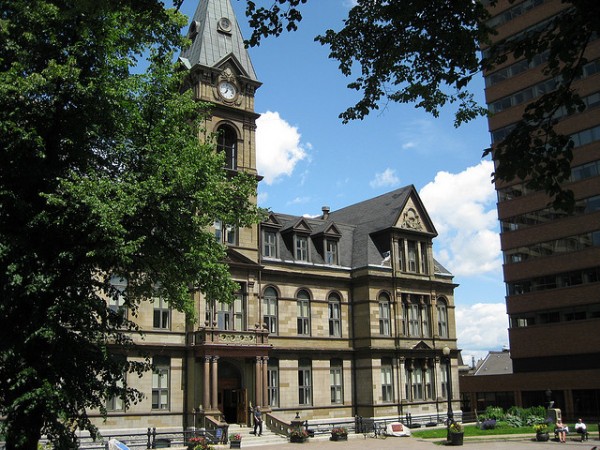 Below is a community letter that was sent to Mayor Mike Savage and HRM Council regarding the proposed Skye Halifax development.

Although it seems a paradox, a decision to continue with the Skye Halifax application is a vote against a vibrant and prosperous future for HRM’s urban core. The project contradicts the fundamental principles of Council’s multi-award winning Downtown Plan, and threatens to derail downtown’s fragile renaissance. This letter will describe eight clear reasons for this, any one of which is reason enough to immediately halt consideration of Skye.

This letter is written by a group of citizens that has been working hard in a number of different ways over a number of years to support Council by positioning our urban core for success. We have championed and will continue to champion the Regional Plan, the HRMbyDesign Downtown Halifax Plan, the Centre Plan, the HRM Economic Strategy, and the Capital Ideas initiative. From this informed perspective we see the plan amendment application for Skye Halifax as a very dangerous Trojan Horse.

We urge you to absorb the subtleties of this issue, and not be swayed by over-simplified polls and petitions that cannot possibly do it justice. We urge you to not proceed with a first reading of the plan amendments sought by United Gulf for Skye Halifax. We ask instead that you send a strong message of support for the HRMbyDesign Downtown Halifax Plan to whom so many citizens gave so selflessly and which is working so well, and in so doing, send a message of confidence in the vibrant and prosperous future we all desire for our urban core. We appeal to your leadership to put a definitive stop to the Skye proposal.

Our request is rooted in the following:

1. Polarization and Trust: HRM is currently in the midst of two major planning initiatives: RP+5 and the Centre Plan. Both projects are critically important to a sustainable future for this city, and both are fundamentally rooted in public engagement. Such engagement only works when there is trust between the city and its residents. Repeatedly during the RP+5 and Centre Plan consultations earlier in 2012 citizens asked, why should we give our time to these plans when Council has broken our trust through the vote in February to advance Skye, and shown its willingness to disregard the plans we created together? In this way Skye has already had a polarizing influence on this community’s discourse about development. This polarization leads to entrenched build/don’t build opinions and leaves no room for rational discussion between the poles. Proceeding with Skye will deeply damage future engagement efforts and injure the public’s trust of its new Council.

2. Impact on Other Development Applications: After Regional Council’s February 12, 2012 decision to consider the Skye proposal there was immediate fallout. Out of frustration several developers shelved projects for which they were about to make application, and several others announced their intentions to also seek outlandish Plan amendments if Skye were to proceed. Had Council upheld its Plan and rejected the Skye application at that time, it is possible that there would be even more construction cranes operating in downtown Halifax today. In this way Skye has already harmed other development.

3. The Risk of Not Following the Rules: HRM’s urban core sat-out the recent 20-year period of urban growth that other Canadian cities enjoyed for the reason that development rules were unclear and the outcomes were unpredictable for those trying to get development approval. In that climate of uncertainty developers and landowners chose to bank their vacant land and speculate, or build elsewhere, rather than build buildings and grow the city and the local economy. Council fixed that in 2009 by adopting the clarity and predictability of HRMbyDesign, hence the unprecedented downtown development activity we see today. Allowing Skye to proceed any further will take the city back to the bad old days of no clear rules, speculation and urban decay. Negotiating development rules on an ad hoc, development-by-development basis is a terrible way to do business. Council, staff, residents and our city builders will once again be tied up in the acrimony of never-ending disputes. Proceeding with Skye runs the unacceptable risk of causing the fragile downtown renaissance that is underway to falter and crumble.

4. Impact on Requests for HRM Charter Amendments: Over the past several years HRM has been dedicating tremendous effort and resources toward asking the Province to make several key amendments to the HRM Charter. These amendments would allow HRM to use two important planning tools throughout the Regional Centre, that are currently limited to downtown Halifax: Density Bonusing, and the powerful development approval mechanism known as Site Plan Approval – both of which incentivize densification and well-designed development. They are the foundation upon which the Centre Plan is to be built. Without these two tools, the provision of housing affordability and improved streetscapes in our urban core, indeed the prospect of a reinvigorated urban core, will be severely undermined. We have heard in the clearest of terms that if Council proceeds with Skye, then HRM will face unrelenting opposition to these Charter amendments from the Province, for the reason that Council will have shown that it can’t be relied upon to follow its own rules.

5. Distribution of Development Opportunity: The Downtown Plan carefully harmonized a detailed urban design analysis with a development demand and capacity analysis, leading to the setting of maximum allowable height on every site downtown. This approach distributed development demand throughout the downtown to ensure all 50 acres of vacant and under-utilized land downtown would be developed. Allocating extreme density on individual sites, such as that sought by Skye, was carefully avoided so that demand would not be met only on one or two sites, thereby leaving other sites to languish undeveloped. Skye is asking to do exactly what the plan set out to avoid. The demand/capacity analysis showed that HRMbyDesign’s heights will accommodate all development demand for the next 25 years. There is absolutely no need to destabilize the downtown by amending the Plan’s heights in year three of the plan.

6. Building Height and Mass: At 172m the proposed height of Skye is 2.6 times higher than the 66m height that this community nearly unanimously agreed was appropriate for this site during public engagement on the Downtown Plan. The Downtown Plan very deliberately set out requirements for ground level setbacks and upper story stepbacks to ensure that the visual, wind, shadow and scale impacts of tall buildings would be minimized. The Skye Halifax application blithely violates these rules resulting in a pair of inhumanely scaled buildings that are anathema to the guiding principles of the Downtown Plan. The entire upper half of the proposed towers (approx. floors 25-48) will be in violation of the Rampart Bylaw. The question of whether or not to uphold the Ramparts Bylaw in the new Downtown Plan was raised during public consultations when the Plan was being developed. The response was clear: the community wished to see the Ramparts bylaw upheld, so as a result it was written into the new Plan. Skye’s problematic height and mass are not minor variances to the Plan – they are a thrust at the very heart of the Plan.

7. Appropriate Use of HRM Resources: The Skye application itself exemplifies why applications like Skye’s should be refused. Months of staff time and considerable municipal and applicant resources have already been expended on this application. These resources were diverted from processing project proposals that abide by HRM’s Plan, and processing projects elsewhere in the urban core that have instead been left to languish. Not only is this bad planning, it also plainly unfair. Putting an end to such resource intensive processes was a key driver for doing the Downtown Plan in the first place. If this application proceeds it is a certainty that HRM’s staff and Council will be further distracted from the completion of the Centre Plan and legitimate development applications in order to deal with the plethora of knee-jerk Plan amendment requests that Skye will spawn. This needs to be nipped in the bud.

8. Policy 89: Skye Halifax spectacularly fails the test of the Downtown Plan’s Policy 89, which says that a plan amendment should only be granted when the project will confer significant public benefit on the citizens of HRM. On the contrary the project offers only to provide the ordinary benefits of housing and tax revenue which would be expected of any mixed use project. These ordinary benefits would fail even the modest requirements for the density bonusing program downtown, let alone for plan amendment. Cheapening Policy 89 in this way will open the floodgates to numerous more reckless amendment applications and leads the plan down a path toward irrelevance.

Mayor Savage and members of Council, your Downtown Plan is working. There are several construction cranes operating within the Downtown Plan area, with more to be erected soon. The hard work of your volunteer committees, your highly skilled and knowledgeable staff, and your engaged community, is paying dividends. Nothing is broken here, and nothing needs fixing.

In the spirit of collegial collaboration we strongly urge you to have confidence in the Plan on whom so many worked so hard, and to express clear leadership on this issue by putting an end to the misguided Skye application. This community is ready to turn its attention and efforts away from this distraction and back to the real work of building our city.