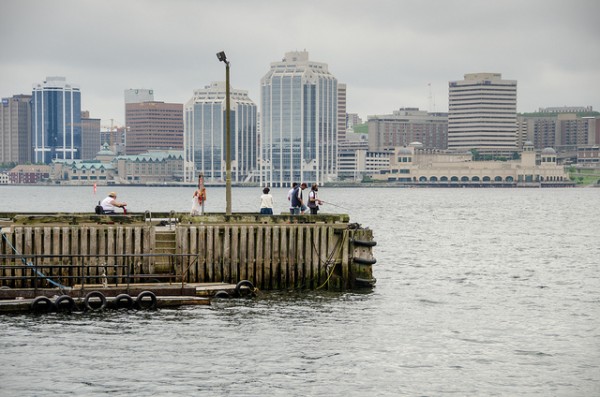 Editor’s Note: This piece originally appeared in the Dalhousie Gazette.

HALIFAX – The cities of Cologne, Germany and Barcelona, Spain are two cosmopolitan cities with vibrant urban cores, beautiful architecture and strong industry. They are also two cities with some of the most restrictive sightline requirements in the developed world.

In both cities, buildings in the core are restricted to approximately eight storeys, so as to not block the spires of historic cathedrals that make the towns famous. They’ve long resisted attempts to build up for the sake of building up, and Halifax should follow suit.

Rather than block the views of the Halifax harbour with two monstrous, 48-storey towers, like the currently proposed Skye Halifax development, council should focus on filling in the surface parking, a key goal in planning document HRMbyDesign. The Skye Halifax proposal, which has been sent to public consultation, will slow the infill process dramatically. Council’s only plan to attempt to keep buildings close to the current height, thus forcing developers to fill in the vacant spaces, is HRMbyDesign.

If they throw that document out, all bets are off. Developers will immediately seek to follow up on Skye if it gets built, and the beautiful harbour views will be lost forever.

Dale Godsoe, a former member of the committee that created HRMbyDesign, wrote an opinion piece on the subject in the Chronicle Herald on Mar. 7, 2012. In the article, she said that Council’s decision to allow Skye Halifax to proceed to public consultation was a signal to developers that the plan can be undermined and that the rules are truly meant to be broken. She chastised council for not nipping this project in the bud and recommending a human-scale development in its stead. She also raised concerns that buildings of Skye’s scale would increase the available square footage so rapidly that it would cause a bust similar to that of the 1980s when the last round of high rises were built in the city.

Haligonians have long enjoyed frolicking on the Common and taking a hike up Citadel Hill to observe the movement of ships in the harbour. Even a few 48-storey monsters, such as the Skye Halifax proposal from United Gulf Developments, would be enough to wipe the view out entirely.

What’s the point of doing this if we ignore the real issue: the lack of development on the street and the continued focus on preserving space for vehicles in the downtown core?

Out of place high rises do little to offset the current car-centric nature of Halifax and will prevent us from enjoying the views of our city. Last week, news editor for The Coast Tim Bousquet tweeted that he received an email pointing out that if the views from the Citadel were worthless, no one would be creating buildings which mimic those views.

But it’s important that we protect historic vantage points, whether they are military monuments or simply hills in the middle of the city. Once they’re gone, they’ll never come back.

The redevelopment of several buildings along Barrington Street (all of which are low-rise), as well as the nine-storey Waterside Centre on Lower Water Street, will help revitalize the area without impacting the view of the Halifax Harbour from Citadel Hill, unlike the proposed Skye Halifax design.

Will there be a day where high-rise buildings are required in Halifax? Godsoe pointed out that HRMbyDesign, if followed, would allow available office space to increase from 17 million square feet to 28 million square feet. With office space already vacant downtown, it’s hard to argue that we need out-of-scale developments right now.

Ultimately, we will need to look skyward, but let’s fill in the holes first.