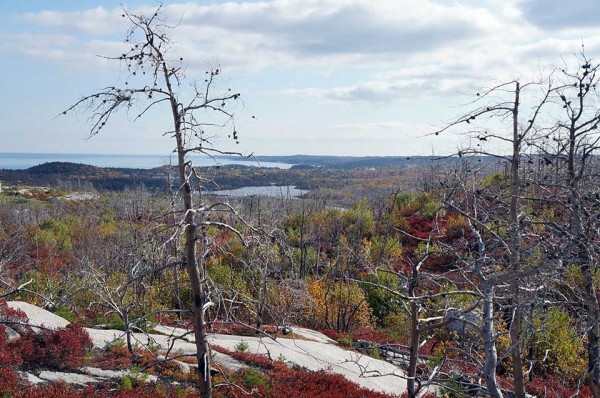 HALIFAX – The Regional Plan 5-year review process (RP+5) has been years in the works, but it may be undermined with some significant changes that are (potentially) to be put forward in council today, the last day any major amendments are allowed. The rumoured changes being discussed would remove the plan’s capacity to direct any growth, curtail sprawl, while severely threatening the long-term financial viability of the municipality.

The most controversial proposal is to allow an area behind Purcell’s Cove Road to be developed as low-density development. The land is one of seven Urban Reserves, which are not to be considered for growth until after the timeframe of the regional plan expires in 2031. (Municipal staff have stated on numerous occasions that HRM has between a 30-40 year supply of serviced lots.)

Clayton Developments bought a parcel of land there in 2011, five years after it was designated Urban Reserve, and has since attempted to have the land rezoned so that it may be developed. The change has so far been rejected by staff, but Councillor Steve Adams has submitted a letter to HRM council from a group of land-owners (including Clayton) and reportedly plans to move that the area be rezoned Rural Commuter.

The move has disappointed and incensed local residents. The Regional Planning consultation received more letters asking that this land remain undeveloped than on any other single issue. A group of 10 local organizations have since formed a coalition to seek that the land be protected.

In addition, Councillor David Hendsbee announced yesterday on CBC that he plans to move to redesignate an Urban Reserve near Cole Harbour. The change would suddenly make a forest the size of South End Halifax available for development.

Sources say another councillor will propose that any area that has access to municipal water can be connected to the sewer system and vice versa. Municipal staff have recommended against the proposal, which was first tabled in November, writing that the change would be “cost prohibitive to property owners,” since the majority of homes which currently have water are distant from the sewage system. The change would also allow significantly more growth outside of the centre because higher densities are permitted in areas serviced by sewage and water.

Councillor Barry Dalrymple noted, again in a CBC interview, that he will ask staff to report on the implications of allowing more new roads outside of growth centres. In many areas of HRM, restrictions on road building are also the primary restriction on new development.

The Regional Plan is a 25 year roadmap for “where, when and how future growth and development should take place in HRM.” These potential changes combined render it more than possible that the municipality will have less capacity to direct growth than it did before the start of the review process. They would also render significant effort, money, and time spent on internal discussions, public consultations, and committees essentially moot. Councillors have had multiple opportunities to bring ideas forth and to propose amendments to be discussed.

I would be remiss not to remind everyone of the $3 Billion (BILLION!) price tag on the growing cost of uncontrolled urban sprawl in our municipality. Want a refresher? Please take a look at contributor Derek Simon’s piece here.

Again, if proposed, these significant, and last-minute, amendments will have disastrous effects on the financial and social fabric of our city. The Regional Plan is not perfect, but it is a product of discussion and cooperation to elucidate and plan the type of city and municipality we want to see.

These sorts of last-minute shenanigans are the type that breath light to the fire of public cynicism.

We expect more than this.