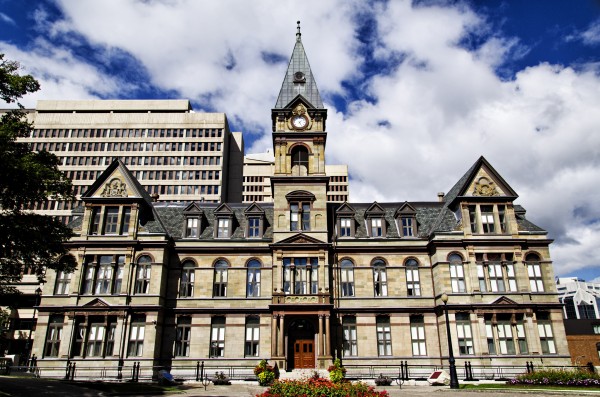 DARTMOUTH – The urban/suburban divide that often plagues Halifax was on full display last week when Regional Council approved planning amendments for a controversial development on Wellington Street. In response to the vote, South End councillor Waye Mason is calling for the creation of a new Urban Core Community Council. As beneficial as Mason’s idea is, there is one big problem with his potential members: the ratio of Halifax to Dartmouth councillors. To have any hope of being accepted as legitimate, a cross-harbour Community Council needs equal representation from the two sides.

The Original Divide:
As big as the urban/suburban divide that has sparked Mason’s proposal is, there is a much older and enduring divide in the Halifax Regional Municipality and that’s the cross-harbour rivalry between the former cities of Halifax and Dartmouth. Halifax was always the larger city and home to the provincial capitol, major hospitals and universities, while Dartmouth developed primarily as a residential and industrial centre. The two have depended on each other and functioned as one urban economy for decades, but they have different histories and their own unique identities. Amalgamation is 18 years old, but it’s still resented and regarded by some Dartmouthians as a Halifax takeover. Newer Dartmouthians who didn’t experience the trauma of amalgamation are also strongly attached to Dartmouth’s unique and evolving identity. You can see this in the loving co-option of the once derisive “Dark Side” nickname. Not surprisingly, the recent move to rebrand the Halifax Regional Municipality as simply Halifax had the lowest level of support in the former City of Dartmouth’s boundaries.

Mason’s Urban Core Community Council:
Mason’s proposes two variations, each made up of five councillors whose districts touch the Regional Centre. Although this makes some practical sense, the membership result is that three Halifax councillors would be able to overrule the two Dartmouth councillors. Given the culture and history, that’s a recipe for trouble. An Urban Community Council could encourage cross-harbour cooperation on a range of issues, but any spirit of cooperation would disappear in a flash if the Council split along the harbour on a key vote. The hand ringing over Wellington Street would pale in comparison.

For an Urban Community Council to have any legitimacy in Dartmouth, it needs to be a partnership between the two former cities. Rather than a council of five districts, a council composed of four, two from Halifax and two from Dartmouth, would be much more viable. Since a tie vote defeats a motion, any measure passed by a four member Urban Core Community Council would require support from both sides of the harbour. Cross-harbour cooperation would be a necessity.

The Benefits of an Urban Council:
In spite of the challenges, an Urban Core Community Council is an idea that is worth exploring. Community councils have some control over planning matters, provide recommendations to Regional Council and are an accessible forum for residents. The current community councils broadly reflect the pre-amalgamation municipalities of Halifax, Dartmouth and Bedford, and since most of HRM’s residents live in the suburbs, the suburban councillors are always in the majority. This has the serious consequence of minimizing urban issues and elevating suburban perspectives. An Urban Core Community Council could provide a forum for councillors to examine issues such as transportation, taxation, infrastructure, affordable housing and more through a uniquely urban lens.

On specific planning issues, an Urban Core Community Council would mean that residents in the core on both sides of the harbour would not as frequently experience having suburban representatives, who have different priorities, concerns and perspectives, deciding what happens on their streets. Controversial approvals for contentious projects like Wellington Street and the Seagate Residences in Downtown Dartmouth would be a lot less likely.

The creation of an Urban Core Community Council wouldn’t negate the role of Regional Council. The suburbs and the core would still need to interact at the Regional Council level and that’s as it should be since the two parts form a single city. The suburbs and the core depend on each other. An Urban Core Community Council, however, would provide a bit more balance and would allow urban councillors to more effectively focus on and advocate for the needs of the centre. Despite the historical differences between Dartmouth and Halifax, the two centres face similar issues. Greater cooperation would be to everyone’s advantage.