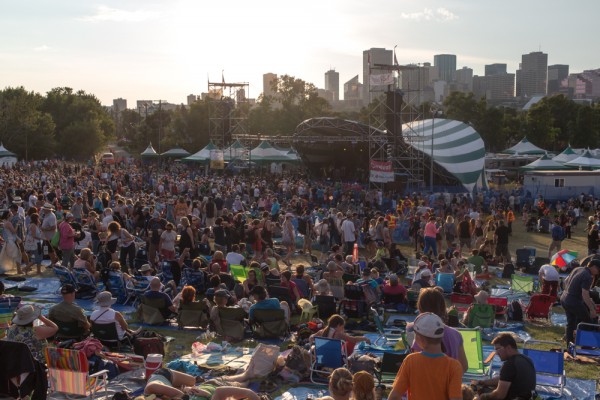 Edmonton is sometimes called “Festival City”, and for good reason. The Fringe Theatre Festival (North America’s largest), Heritage Days and the Edmonton Folk Music Festival (usually called simply “Folk Fest”) are the Big Three every August and collectively attract roughly the same number of attendees as live in the city itself.

Each festival has its own unique charms, but I think Folk Fest has arguably the most unique and enduring sense of community. With the 34th edition just wrapped up, it probably would not have been that hard to find audience members who have been to every single one since 1980. Its legion of volunteers runs the show with friendly efficiency. And everyone seems to know everyone else on the hill, an impressive feat given that attendance typically tops 40,000.

This year thousands of Edmontonians once again flocked to the hill in Gallagher Park to enjoy some sun, share a tarp with friends, bump into neighbours, try local food and, of course, listen to old favourites while also making new ones, all with a fantastic view of the river valley and downtown. 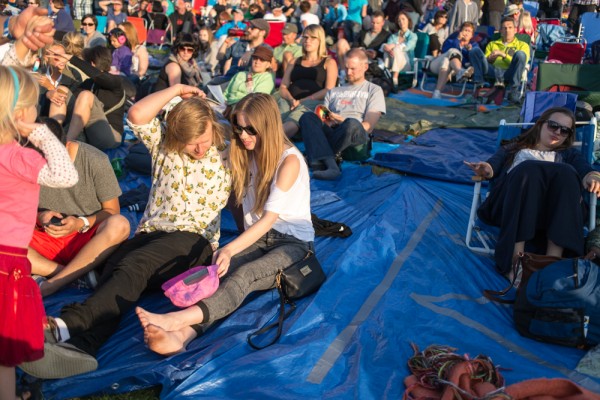 Folk Fest transforms the hill into “tarp city”, a sea of blue and green. 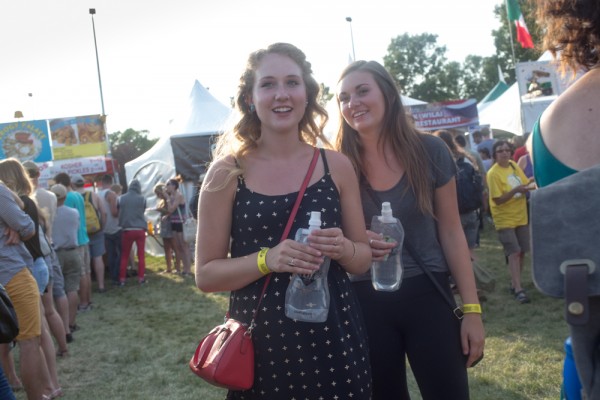 It’s hard to just pop out for an elephant ear when every excursion results in bumping into a different friend. 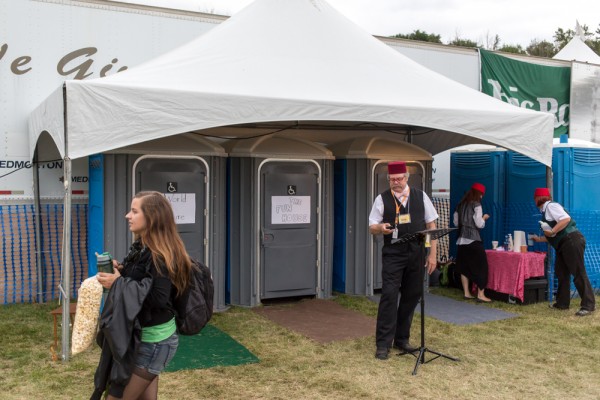 Even the port-a-potties bring their own experiences. 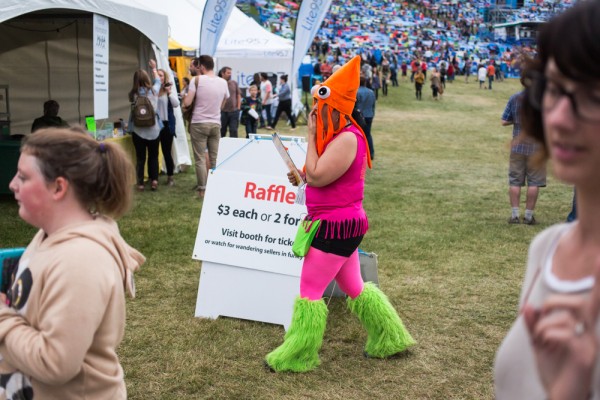 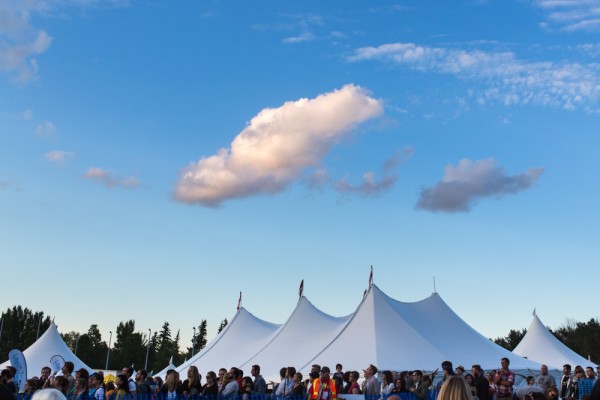 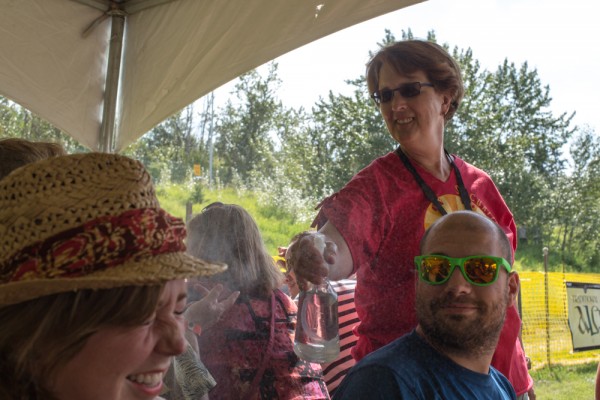 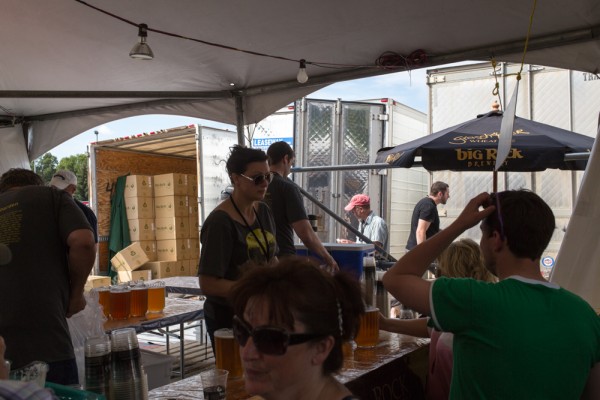 The beer garden staff in action. 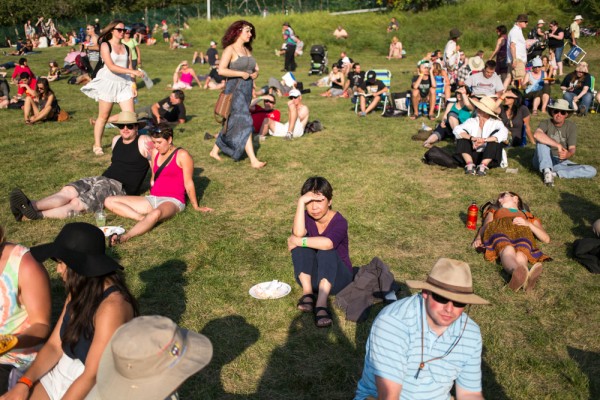 Sometimes it’s about music, sometimes just about hanging out. 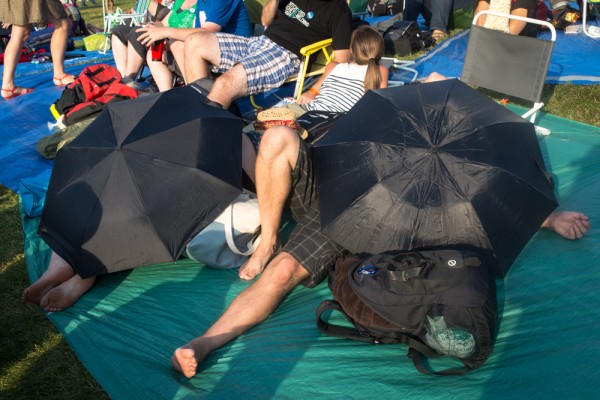 And naps are often necessary. 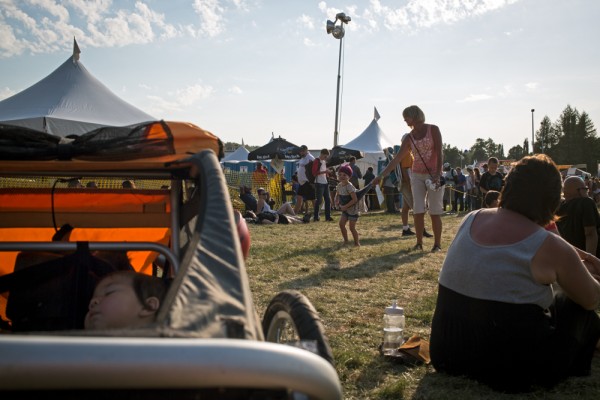 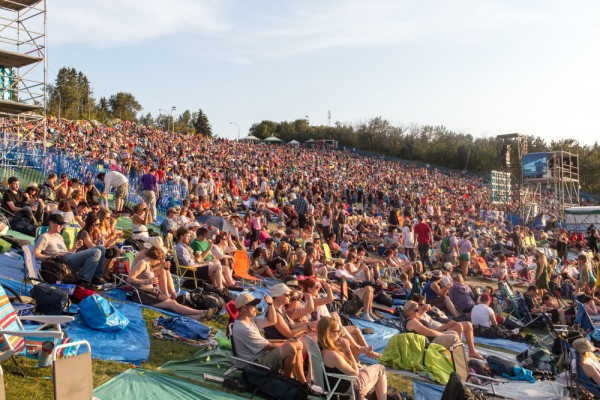 Gallagher Hill: a ski slope in the winter, and main stage venue in the summer. 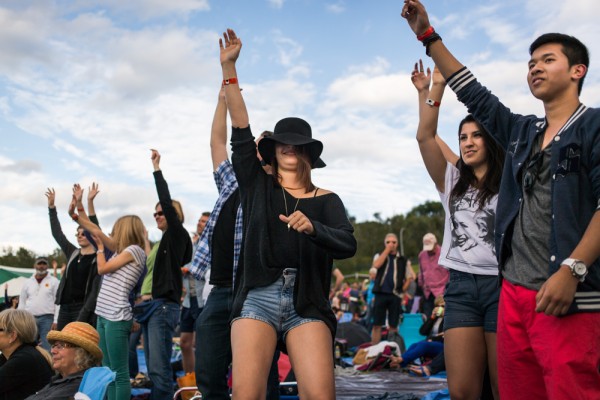 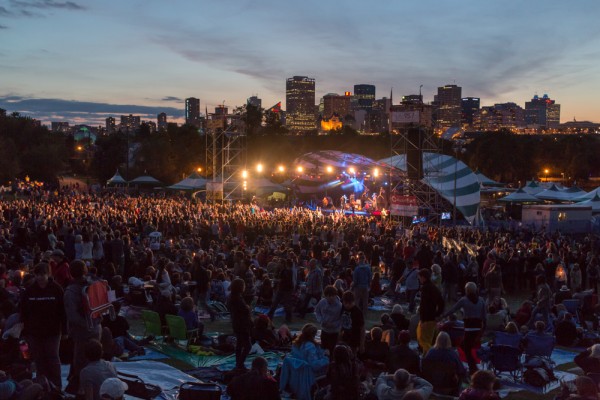 Main stage and downtown at dusk. 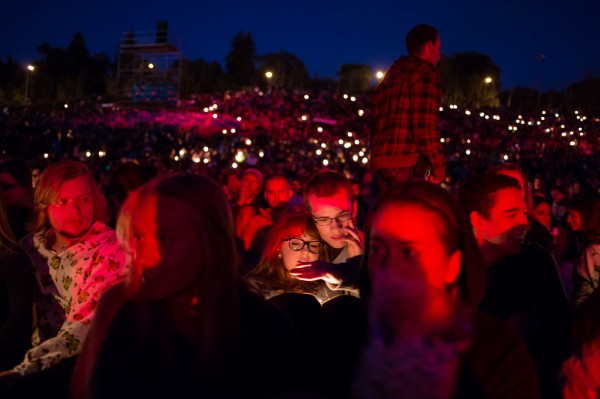 Nightfall on the hill.