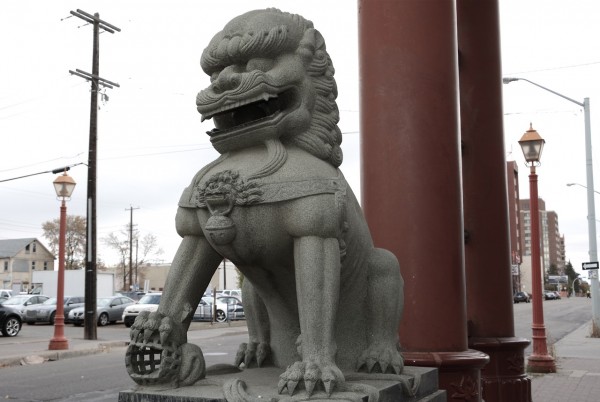 This article was originally published for Spacing’s Summer 2015 Issue available at Chapters.

After decades of City neglect and pressure for action from members of the Chinese community, the City of Edmonton is now developing a Chinatown Plan. This is much needed, given that the neighbourhood is home to Edmonton’s first commercial street and that the historical roots of Edmonton’s Chinese community have largely been ignored by surrounding community plans. However, planning the area will raise key questions and challenges that intersect with heritage, discrimination and poverty.

For instance, planners and architects alike hesitate at the notion of preserving buildings with imported and modified Chinese storefronts or architectural theming for the buildings and streetscape. Some argue that creating a Chinatown narrative in the landscape would be risky given the chance that Chinatown’s community might relocate – why promote a Chinatown aesthetic if the community may no longer be there? After all, the federal government demolished Edmonton’s century-old original Chinatown when it decided to build Canada Place. Incarnations of Edmonton’s Chinatown have migrated eastward and then northward.

Others may argue that modifying existing buildings to suit personal and cultural tastes is inauthentic and should not be considered heritage. But this has been a longstanding practice by the Chinese community, as many people were unable to afford to construct new buildings.

Yet the “inauthenticity” argument can be applied to other heritage districts like Old Strathcona, where regulations emphasize the retention and imitation of its Edwardian and Late-Victorian character and urban fabric. There, the built heritage is deemed worthy of preservation despite significant cultural changes in the area. Why do we value certain cultural landscapes but not others?

Regardless of its current location, the historic significance of Chinatown’s presence is very real. It serves as a longstanding testament to the resilience of the Chinese community in spite of racist policy, segregation and hardship. It would be a shame for such a landmark in the heart of Edmonton to disappear due to redevelopment or abandonment.

That said, change needs to be accommodated: it is a natural, ongoing process for all communities. Proponents of Chinatown preservation need to also recognize the multiple cultural influences layered in the landscape. Germans, Ukrainians, and Francophones have all previously settled along 97 Street, but they may not feel connected with the street in its current or proposed form. New Chinese migrants also may not feel represented, since they don’t necessarily share the same history as older generations. Additionally, there is a rich local Indigenous history, evident in the area’s original Cree street names such as Namayo or Kinistino. The community must ask itself, what does a welcoming multicultural and Indigenous landscape look like for a Chinatown? And can this be accomplished while achieving a unified sense of place?

There are similar debates on the future of Vancouver’s Chinatown regarding the accommodation for change and emphasis on its Chinese character. Even if much of the physical heritage has been preserved and recognized, the sense of cultural heritage in the neighbourhood has been a hot topic of concern. Unfortunately, much of the discussion by planners and architects has fixated on physical elements, rather than discussing the activities and services in public spaces and buildings. Furthermore, since many of the typically, low-income businesses and senior residents rely on cheap rents in order to stay in Chinatown, redevelopment in Vancouver has posed a significant threat to the identity of the area because new businesses are not necessarily inclusive to all income groups. In light of recent investments around the Quarters and Chinatown South, these concerns will likely also arise in Edmonton.

Both the Chinatown community and its planners will need to enter into a thorough discussion in order to successfully achieve and implement a community plan. While there are no clear answers to these challenges, intercultural dialogue and engagement with younger generations who will inherit the neighbourhood are critical opportunities to set the stage right to address old arguments. Seeking similarities among these groups can help unite people in pushing for a true identity for Edmonton’s Chinatown.