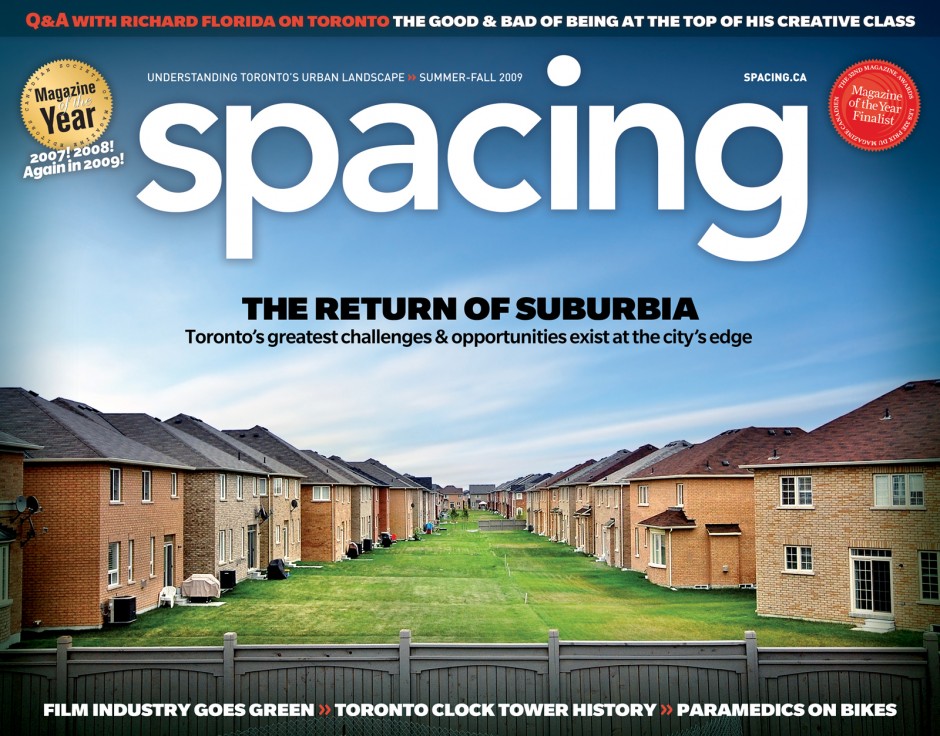 Return of the Suburbs

The Summer-Fall 2009 issue of Spacing focuses on Toronto’s suburbs; the city faces its greatest challenges and opportunities in these areas. Spacing senior editor Dylan Reid presents compelling examples of how the suburbs can evolve instead of being reinvented. Spacing’s other senior editor, Shawn Micallef, examines the walkable community of Dorset Park in Scarborough. Our writers explore plans for a pedestrian-oriented downtown Mississauga, environmentalists in Markham, small-plot farming in subdivisions, the 20-year makeover of downtown North York, Burlington’s successful waterfront design, and how youth are being engaged to shape the future of their suburban communities. Spacing contributing editor Ed Keenan sits down with renowned urbanist Richard Florida to ask him about the good and bad sides of Toronto being at the top of his creative city list.