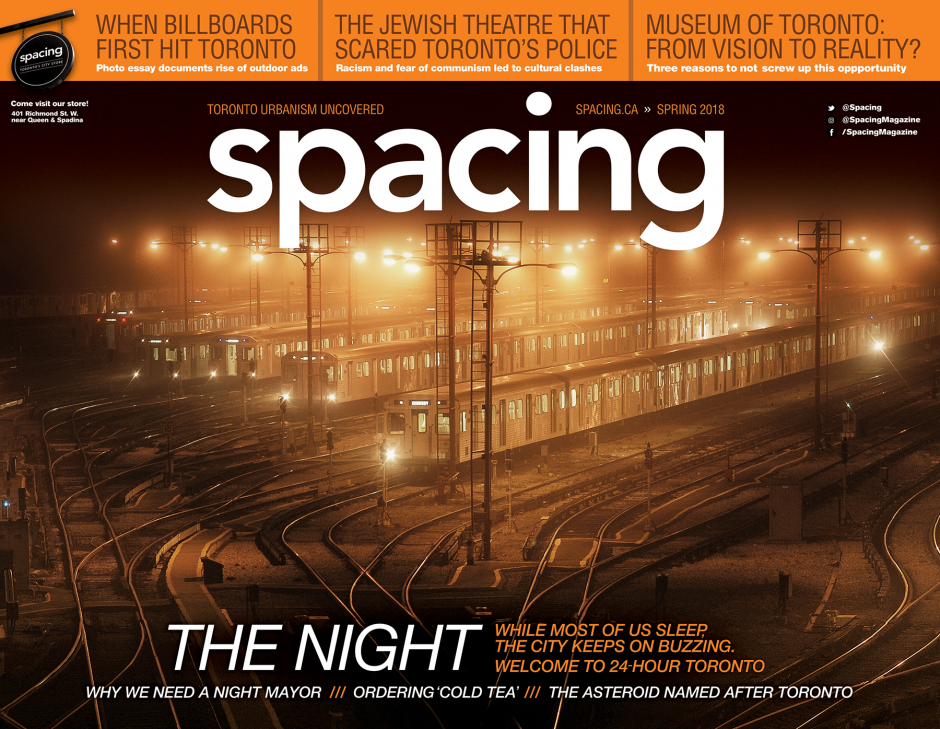 While most of us sleep, the city keeps on buzzing.

In the cover section of our Spring 2018 issue, our contributors set out to document the unique aspects of urban life that have turned Toronto into a 24-hour city. We explore the culture of ordering “cold tea” (places that serve booze after last call), why Toronto needs a “night mayor” like other international cities, how local sex workers are trying to combat violence, and where to look in the night sky to find the Toronto Asteroid.

The magazine is also loaded with features about the city’s urban life: we examine the rise and death of 60% of the street trees planted as part of the million-dollar makeover of Bloor Street’s “Mink Mile”; we document urban design that the City continues to build or erect that make many public spaces inaccessible; we retell the story of how the Standard Theatre in the 1930s became a battle between the local Jewish community and Toronto police about freedom of speech; and our historical photo essay highlights the prolific rise of billboard advertising at the turn of the 20th century.