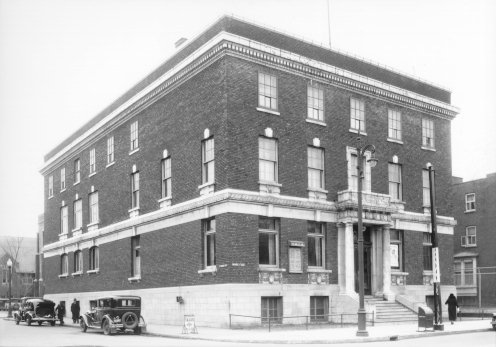 In 1936, when these photos were taken, Montreal was just beginning to climb out of the Great Depression, which had hit this industrial city with particularly brute force. Unemployment remained high and thousands of the city’s inhabitants lived in squalour — but not in Mile End. Though far from wealthy, the north end neighbourhood was reasonably prosperous, home to upwardly-mobile Jews, French-Canadians, Irish and immigrants from across Europe.

That diversity was reflected in Mile End’s built fabric. The neighbourhood boasts a particularly impressive collection of churches, synagogues and other institutional structures: there’s the Byzantine mystery of St. Michael’s Church, the florid wedding-cake façade of the Église Saint-Enfant-Jésus and the faux-château styling of the former St. Louis City Hall at Laurier and the Main. In the midst of all this were two buildings that served the neighbourhood’s two major religious and cultural communities: the Young Men’s Christian Association, on Park Avenue, and the Young Men’s Hebrew Association, on Mount Royal Avenue.

Both institutions were products of the moralistic zeal of the late nineteenth century. Although they differed in faith, their goals were similar, and each offered a network of social services designed to improve the physical, moral and social well-being of young Jews and Christians. The YMHA was particularly successful: in 1948, its members made up half of Canada’s Olympic basketball team.

Eventually, though, the institutions took a divergent path. The Park Avenue YMCA eventually became a secular institution that served the entire community. By the late 1980s, though, its was so decrepit that it was torn down and rebuilt from scratch. The City of Montreal took the opportunity to jointly finance the construction of a new pool in the YMCA, replacing the public St. Michel Bath further east in the neighbourhood. Today, the Y is a focal point for community life in Mile End.

The Mount Royal YMHA, meanwhile, closed in the early 1970s, well after most of Mile End’s Jewish population had moved westward. (The YMHA lives on, though, with branches in Snowdon and the West Island.) In 1975, the building was bought by the Université de Montréal, which coverted it into classes and office space, but it was sold once again in 2002. At the moment, it sits vacant, but a property developer has bought the building and will convert it into two dozen luxury condominiums. The building’s original pool will be restored, but use of it will be limited to the building’s new residents. 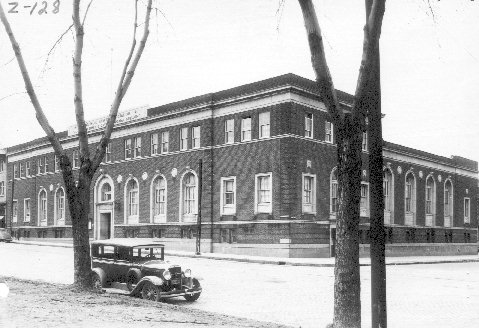