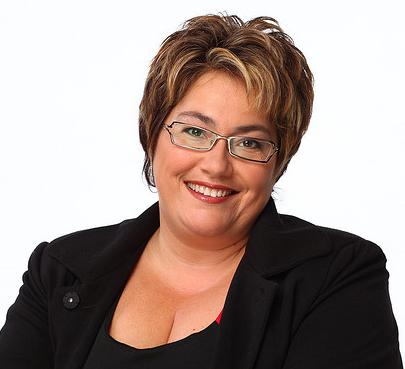 Criticism continues to mount against the mayor of Villeray–St-Michel–Parc-Extension, Anie Samson, for her handling of the possible new Inuit patient residence at 7500 St-Denis. In a press release sent out this morning, Projet Montréal came out strongly in favour of the project. Party leader Richard Bergeron harshly criticised Samson’s previous comments on the topic: “The defensive strategy of the mayor is an insulting approach as much for the Inuit as for Montrealers. Demanding a moratorium (on the project) is excessive, and it’s part of a profoundly unhealthy, slippery slope towards ethnic and social profiling.”

As previously covered in Spacing, for the past few months there has been a divisive debate going on in Villeray about the possible conversion of the former Chinese Hospital on 7500 St-Denis to an Inuit patient residence. This proposal ignited an opposition movement which destributed flyers throughout the neighbourhood and put together a website entitled “Imminent Danger”. Their arguments were based on little more than thinly-veiled “drunk Indian” stereotypes and they attempted to incite opposition to the project with alarmist predictions.

Thankfully, their appeals were not well received by many Villeray residents. According to one resident: “I was so scared when I received that flyer in my mailbox. I felt sick to my stomach; it was so racist, so demagogic, and it said such horrible things about the Inuit.” Supporters counter organised and successfully packed a public consultation with residents favourable to the project. According to group spokeswoman Geneviève Beaudet, ““I want the Inuit to know that it’s not everyone that shares these ideas. We want to welcome them the best we can.”

Currently the project is being evaluated by the Agence de Santé de Montréal, the organisation responsible, and the agency is expected to announce its plans towards the end of August or early September. Until then, the borough of Villeray–St-Michel–Parc-Extension has declined to comment on the topic.

The issue has slid from the public eye over the past month, but serious questions remain about mayor Samson’s handling of the controversy. While she hasn’t gone to the extremes of some of those opposed to the project, she has nevertheless engaged in a dangerous game of playing into stereotypes and populist fears of the Inuit in order to project an image of standing up for the neighbourhood.

She originally came out strongly opposed to the project and was quoted by Radio-Canada stating: “When you bring in 125 people who are disoriented, it’s all new, it’s the big city, it’s all a party. It’s sure that there are going to be things happening. To say that there won’t be any incivilities is a lie….We already have our hands full with other social problems”. Earlier in the month of May she was quoted in the Gazette saying: “I have extremely limited resources. We would have to live with this new group. I don’t think we can do this well.” The mayor has since moderated her position, but her initial outbursts helped spread fear and misunderstanding of the project, not to mention perpetuate pernicious stereotypes of the Inuit.

Samson’s comments have been decried my many, including the Makivik Corporation, the legal representative of Quebec’s Inuit. President Pita Aatami is quoted saying: “I was personally offended by remarks made by some citizens and mayor Anie Samson.  I wish for her to make amends and to apologize for her comments… No nation can pretend that it is perfect, but I firmly believe that we deserve respect.” Samson’s actions have been described as “pandering cowardice” in the pages of the Nunatsiaq News, the newspaper of Nunavut, and have also been decried by La Presse’s Rima Elkouri, who wrote an eloquent piece on Samson’s reckless interventions.

Now yet another voice has been raised to condemn Samson’s comments. Richard Bergeron responded to Samson saying, “It’s horrible! The Inuits are in their homeland everywhere in Québec, be it in their northern communities or in the middle of Montréal… When they come to Villeray, they are on their own territory, not ours.” While she has now moved away from her earlier strident opposition to the project, Samson has yet to directly address the accusations leveled against her or personally apologise for her statements. When contacted to ask for her reaction, Samson’s press attaché declined to comment, but said that the mayor is sorry that some people were offended by her comments and explained that they reflected frustration about the lack of coordination with the Agence de Santé de Montréal, not prejudice against the Inuit.

Please note that many of the quotes in this article originally appeared in French and the translations are my own. You can follow the links to find the direct quotes.