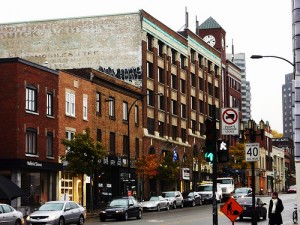 Ed Macdonald’s 2011 novel, Spat the Dummy, is a tragically comic tale of pain, denial and new beginnings.  Spat Ryan tells us almost immediately into his tale that “We’re only as sick as our secrets” and as his tale unfolds, we learn more and more about the secrets that Spat has been living under. In a bar on St-Laurent, he meets an old friend of his late father who reveals that his mother, who had abandoned Spat as a child, has been living in Australia with his brother, a sibling Spat had no idea existed. Spat soon understands that it’s a secret everyone (his girlfriend, his late father, his uncle) has been guarding from him his entire adult life and it’s a secret which compels him to travel around the world to seek answers from the troubled past which lies just beneath the surface of his deadened life in Montreal.

Spat’s drinking, his casual violence and self-destructive forces, allow him to avoid any sort of self-awareness but at a key turning point early in the novel, he comes to a moment when he understands that in order to have a future with his new family, he will have to find out about his past. When he finally hears the truth from his uncle Hank, he has to escape:

All at once, I had to get out of there. I couldn’t look at him. I told myself that it was because our  conversation      seemed disloyal to Poppy, but I knew that Hank had been there when it all ended. Another witness. For a second, I heard the hiss of the rain on that night, the loud music coming through the walls. I turned and headed for the door. I told Hank to call me and to leave a message with the address and a phone number. He was telling me to wait, but then stopped himself. I left the door open and when I stepped outside he closed it, promptly, behind me.

I woke up on Laurier, walking east. I doubted the reality of going to meet the foreign half of the family. I decided that my interest in them would pass. I stopped at the SAQ for a bottle of gin and then headed up Parc, toward the mountain.

On the icy gravel road that winds its way up to the lookout, I drank the warm gin in tight sips. I scuffed and muttered to myself, sneered at the occasional jogger. What sort of lunatic goes running in that kind of weather? Ice crystallizing in their lungs, they would   be coughing up blood, I thought, by the time they stopped. My hands were cold. I cursed Hank and the weight of the past.

It’s interesting to me how often the Mountain serves as a conduit for some kind of emotional breakthrough in works set in Montreal, sitting there quietly, witnessing us as much as we witness it. 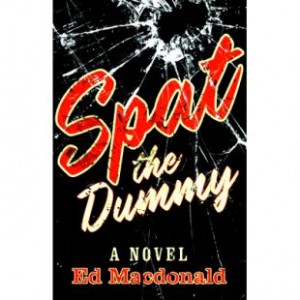