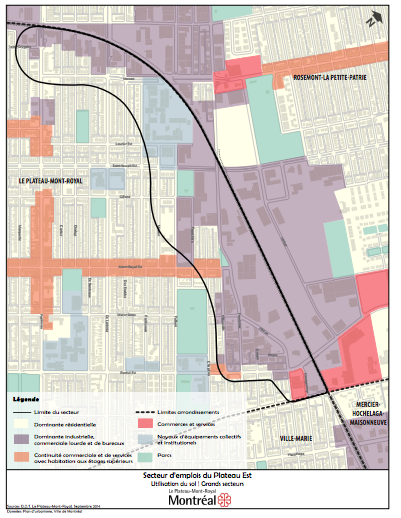 Anyone living in the East Plateau (the area between Papineau and Hogan streets above Sherbrooke) will be familiar with the railway corridor which runs in a long curve to the north and east, separating the borough from neighbouring Rosemont. The railroad was a source of prosperity for the neighbourhood at the turn of the 20th century, but is now the cause of many of its problems. 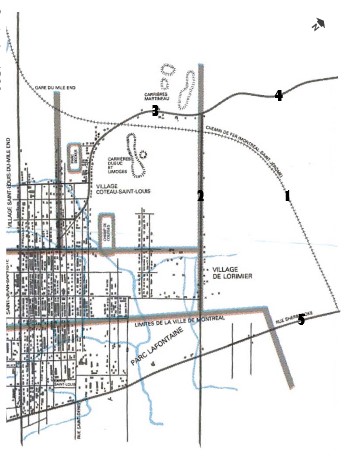 A map of the 19th century eastern Plateau (plateauest.com)

Heavy industry sprung up along the railroad corridor in the early to mid-1900s, providing employment for the neighbourhood’s residents. One of the most notable enterprises was the now-defunct Cadbury chocolate factory, which relocated to Ontario in 1978 (widely considered to be a political move, as it was announced on the second anniversary of the Parti Quebecois’ rise to power). Others included the Abattoirs de l’Est (Eastern Slaughterhouses) and the Angus railroad workshops, around which the working-class neighbourhood of Rosemont developed. 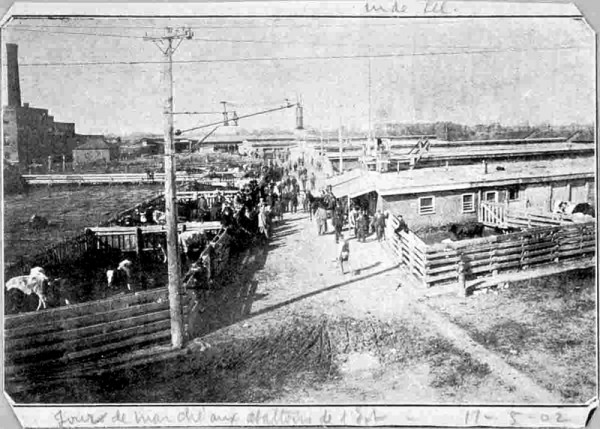 Following the shift to a service-based economy, most of the East Plateau’s former factories were converted into artists’ studios, commercial buildings, and office space. A significant portion of the land remains unused, consisting mostly of abandoned parking lots punctuated by unattractive overpasses. 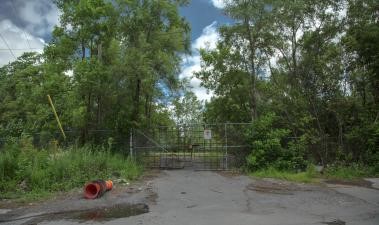 A vacant lot at the end of Laurier Street (plateauest.com)

With this in mind, the city is developing a new plan particulier d’urbanisme to revitalize the neighbourhood. Priorities include supporting the existing employment pole (the area is still home to 4500 employees), encouraging new employers to enter the area, “greening” to prevent an urban heat island effect, and investing in active and public transport. Consultations took place in December 2014 and January 2015. The city will release a report based around the consultation results in April, and the plan will be elaborated in full later this year.

The emphasis on creating new employment and adding green space will provide some much-needed revitalization around the area of the railroad tracks. Creating a mixed-use environment while ensuring harmony between the neighbourhood’s various occupants will be a challenge for the city, but could provide some interesting improvements if well-executed.

At first glance, the city’s renewed interest in improving active and public transport in the East Plateau should be welcomed by the area’s residents, many of whom rely heavily on public transit. The East Plateau is difficult to access by any means other than car, being significantly displaced from the major metro lines. The closest stations are Papineau/Frontenac to the south and Laurier/Mont-Royal to the west, each a 20-25 minute walk from the heart of the district. Some of the buses running along the major transport arteries (Papineau, De Lorimier, St-Joseph, Mont-Royal) provide a reliable form of transportation during peak hours, but all of them arrive infrequently outside those hours, and many are overloaded with passengers.

However, rents have been rising sharply in the East Plateau for some time, at a pace exceeding that in other areas of the city. The majority of residents in this neighbourhood are no longer working-class families as they were in the past, but wealthy young professionals. While rents remain cheaper than the West Plateau due to the distance from downtown and public transit, new investment from the city could change that, definitively spelling the end for the area’s poorer residents.

Dalia Goldberg is a Montreal writer and web specialist with a background in Urban Geography. She runs her own literary magazine at http://www.ivorytowermagazine.com/.