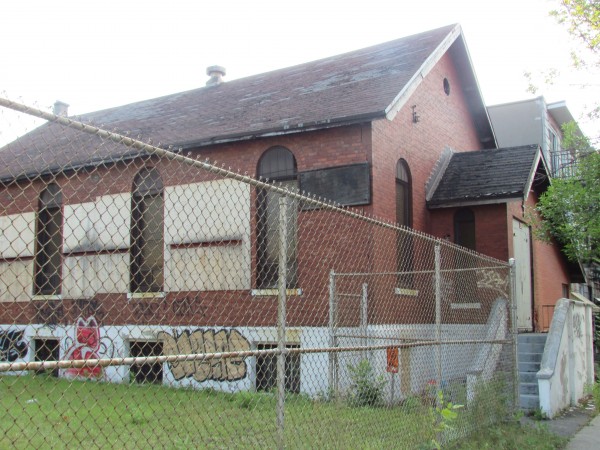 One of the most unique things about the neighbourhood of Villeray is the myriad of abandoned buildings that appear on so many of its corners. After passing this abandoned church many times on Jarry Street, I decided to do some digging and was finally able to uncover some of its history. 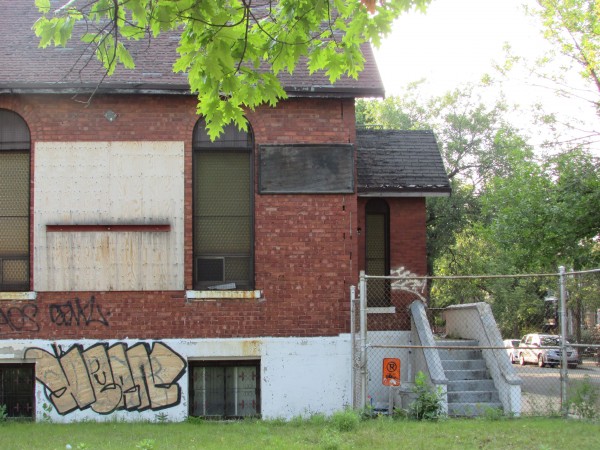 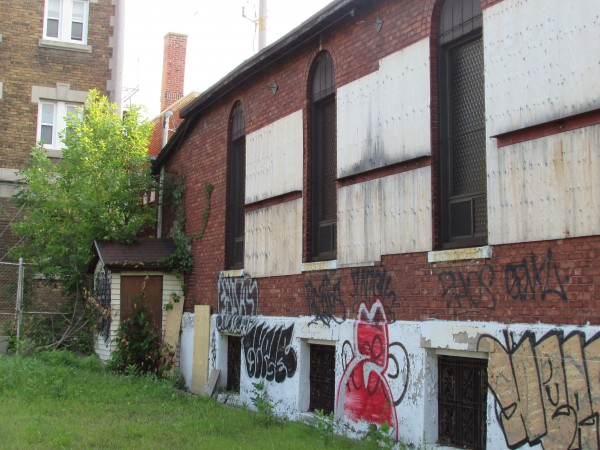 Urban buildings have a tendency to reveal themselves in layers. The church’s patterns of occupancy show a neighbourhood in constant motion. Beginning as the Crystal Springs Mission in 1909, a mission of Amherst Park Congregational in Rosemont, the congregation was later absorbed by the United Church of Canada. It passed into the hands of the Armenian Evangelical Church in 1968, before finally becoming a centre of the Haitian community as the Église de Dieu Centrale from 1985-2011. The modest means of the church’s former inhabitants can be seen in its sparse interior and simple brick construction, reminiscent of the extremely simplified early gothic revival style found elsewhere in the province. 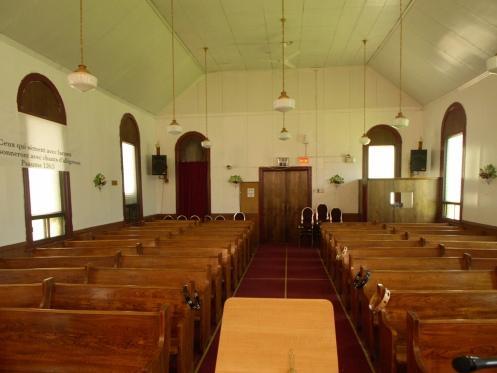 When the congregation was founded at the turn of the 20th century, the Montreal Street Railway (electric tramway) and Canadian Pacific rail line had just been extended into the former cropland north of Montreal. The new city of Villeray was growing, fueled by the employment provided by numerous quarries in the area. It continued to grow and prosper until after the first World War, when the Great Depression led to a period of economic decline. The area became prosperous again in the 1950s, but experienced a secondary decline in the ’70s following an exodus of families to the suburbs. At this time, what was by then known as the Crystal Springs Congregational United Church was forced to close due to financial problems. The founding of three new parishes in the neighbourhood (Saint-Thomas Apôtre, Saint-Grégoire-le-Grand and Saint-Gabriel Lalemant) along with a drop in population of nearly 20,000 may have contributed to its temporary demise, before it was adopted by newly-arrived immigrant communities in the coming years.

The site of the church underwent an evaluation by the city of Montreal in 2012, which determined that the building holds significant heritage value. However, as Montreal continues to develop, the question remains: what are we, as a city, doing to protect the rest of our abandoned churches? At a time when many historic Quebec churches are falling into disrepair (as the abundant graffiti on the face of the Église de Dieu Centrale and its weather-battered façade clearly show), what does the future hold for these decaying fragments of our heritage?

In 1995, Quebec created its Religious Heritage Council to fund the restoration of the province’s churches. Twenty years later, the focus has shifted towards finding new uses for the existing buildings. Some of these have been converted into museums, and others into health centres or condominiums. However, planned future projects ground to a halt when Archbishop Christian Lépine declared a moratorium on the sale of churches shortly after his appointment in 2012. Lépine is hoping that abandoned churches will be revitalized through adoption by new immigrant communities, and fears that worshippers will lose their neighbourhood church if the buildings are sold. There is currently no indication when the moratorium may be lifted, with church officials stating that if it takes “three years, four years, that’s how long it will take”.

Montrealers must decide – should churches be converted and given new functions, or left as they are in the hopes that new groups will adopt them as the neighbourhood evolves? What can our society do to better protect these historic landmarks?