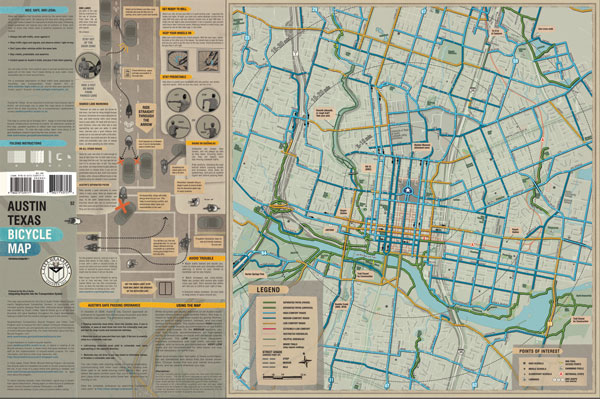 Traditional bike maps only show where lanes begin and end throughout the city, but in Austin they are designing a map that also includes how safe each route is. The idea is to encourage 60% of the population who are interested but concerned about safety. The new map specifically details the safest routes, and includes bike safety tips.

Image via City of Austin.