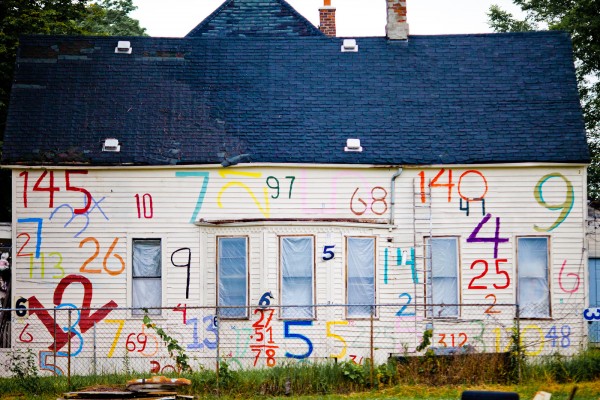 Jenenne Whitfield is the executive director of the Heidelberg Project. Started 27 years ago, it is an outdoor art installation on Heidelberg Street in Detroit, consisting of a series of ever-evolving decorated and painted houses. It was started by Tyree Guyton, who, through this vision, transformed the area from one people were scared walking through into one that locals now take pride in and curious travellers visit. The idea has since spread to other parts of Detroit, as well as other parts of the world. 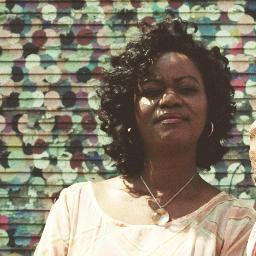 Spacing: What was your first impression when you drove down Heidelberg Street?
Whitfield: My first impression was, ‘This man needs to get a job; he’s got too much time on his hands.’ That’s just what I thought but that’s so funny because it gives you an idea about the way I was thinking. I obviously had a prescription for life and I thought it had to be done a certain way and Tyree Guyton challenged all of that and opened up things in me that I didn’t even know were there, and, as I say all the time and tell people, I’ve had butterflies ever since.

Spacing: What did you start doing as executive director of the Heidelberg Project?
Whitfield: Well the important thing about Heidelberg is because Tyree did what he did, people thought that he could do so many other things like write grants, give talks and all of that. So I do everything except paint the Heidelberg Project. So that’s everything that would entail building a non-profit, [including] working with board of directors, writing grants, building infrastructure, hiring people when you’ve got the money to do it and everything that it takes to make any business run.

Spacing: Is there any sort of method to the way these art installations are done? Is there something that [Tyree] draws on to do them?
Whitfield: That’s a good question. It’s actually inspiration. It’s an evolution. For example, I’ll tell you that one particular installation on Heidelberg Street was created as a result of eight medical students coming to us from Wayne State University and wanting to talk to us about the state of health care. And so Tyree gave them a stage. And they created an installation called “A Beacon for Broken Health Care.” Another example is a social group called Code Pink [who] wanted to speak about the waste and consumption of the automobile industry so together with Tyree they came up with the concept of burying a pink Hummer and instead riding a bicycle. That’s kind of the way it evolved. Then when the artists see a work of art that is kind of falling apart or is going back to the earth, it’s time for a new installation. 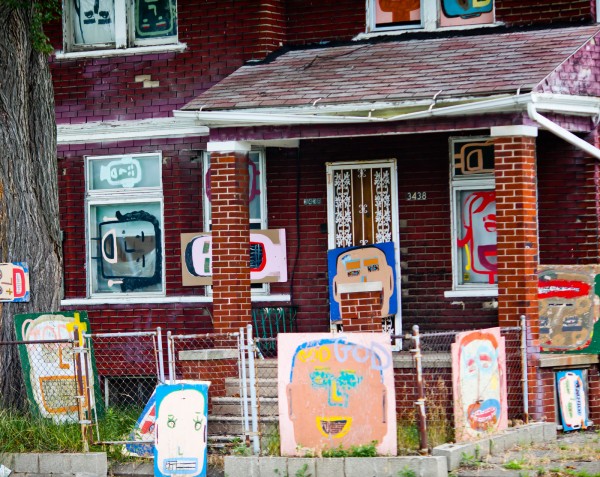 Spacing: When you say a new installation, do they fix up some of the installations or do they totally get rid of them and then do something else?
Whitfield: Part of it is fixing them up because [Tyree] likes the element – the weather – to play a part in the transformation. So it’s important to recognize we’re not about preserving or trying to maintain a certain state and condition. It’s like life itself; we’re always changing. And when it’s unsalvageable, then it’s replaced with something else.

Spacing: What do you think is the effect of this kind of art on people’s lives?
Whitfield: I think that it has much more to do with what happens to you on the inside than what is happening on the outside. It – and I use myself as an example – it awakened me, but I didn’t think I was asleep. So the interesting thing is that there is a type of inspiration that’s found in creativity that opens your mind up to new possibilities. Not just new possibilities in an urban community but new possibilities perhaps in your school, new possibilities in your home. It’s an awakening of the soul, and Tyree said that his art is a medicine. And I always use this analogy that initially, medicine is a bitter pill to swallow (and that kind of gives you an indication of how people have received it over the years), but once it gets into the blood stream, it has a tendency of working. It start to change, it starts to make change and that’s all of the things that we see happen, but mostly it’s awakening the human spirit.