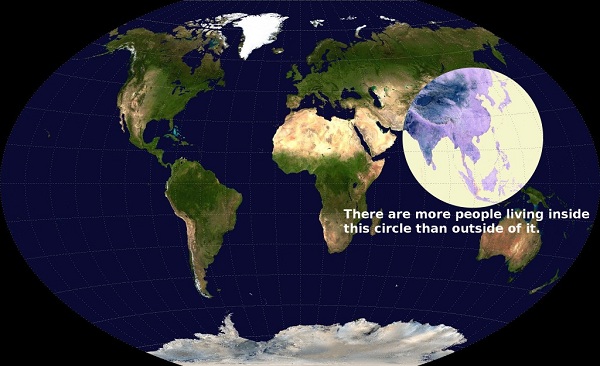 Recently this map-graphic surfaced on Reddit and put into perspective Asia’s population dominance.

Inside the circle, which includes China, India, Indonesia, Bangladesh, Japan and the much of southeastern Asia, there are  3,637,830,357 people or roughly 51.4% of the entire population of humanity. Outside the circle all of North and South America, Europe and Africa combine to make up less than half the world’s population.

By 2050 it is expected that 3.3 billion people will live in Asia’s cities alone.