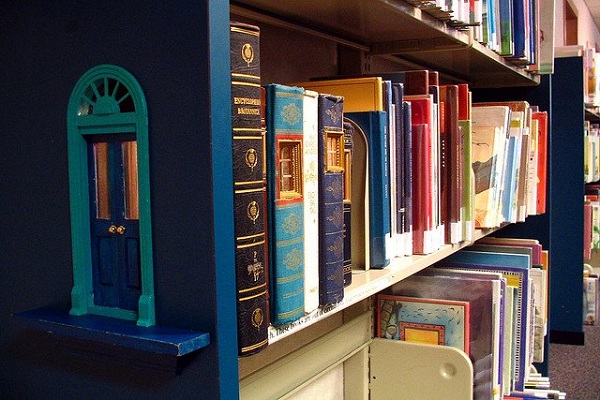 Tucked away in the tiniest corners of Ann Arbor, Michigan secret miniature doors having been popping up since 2005.

Children’s book author, Jonathan B. Wright is believed to be behind the tiny portals that have been curiously placed into buildings, shops, and restaurants.

The ‘fairy doors’ quickly attracted a cult following. Local children have taken to leaving tiny gifts near the doors hoping to secure favours from the fairy world.

It all started when Wright made a couple of doors for his children. You can see his collection of urban fairy doors here.