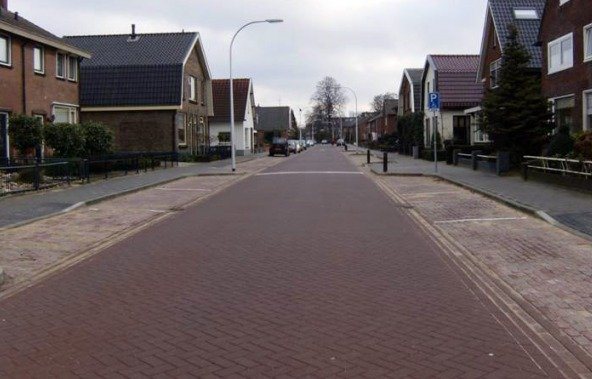 To maintain the theme of appreciating innovative dutch city building after last week’s post, we are continuing with another idea-import from the Netherlands, but this time it’s smog-eating sidewalks…

For the past few years, Dutch scientists have been developing an alternative form of concrete to replace the current, but aged, road-building material. The variation is much more eco-friendly, however, cutting urban air pollution by up to 45%.

It’s all about a chemical sprayed on the typical cement – titanium oxide – that neutralizes air pollutants, as explained in the researchers’ abstract.

The Dutch are also developing concrete that heals itself with built-in bacteria. Is modified concrete and other evolved building materials part of Canadian cities’ response to extreme variations in weather conditions?