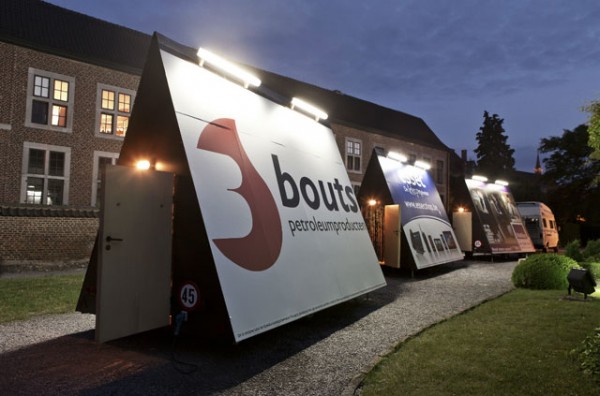 However, they are as well in Belgium. We know, because a Belgian artist, Karl Philips, has reinvented the billboard into nomadic housing, not too different than a trailer billboard, in his project “The Good, The Bad, and The Ugly.”

The miniature, guerrilla apartments are towed behind a vehicle as they camouflage with the already over-burdened streetscapes. While nomadic urban living may not be ideal for all, the advertising revenues received from living within a billboard may help alleviate the discomfort.

Entrenched in the irony of the contemporary city, a line of advertising trailers is a common sight and an accepted one. Unfortunately, a village of nomadic urbanites is not.

This isn’t the first time a billboard has been inhabited either (and it surely won’t be the last). Architect Julio Gomez Trevilla in Mexico City designed a temporary residence for artists inside a billboard. His project was called Scribe Billboard. 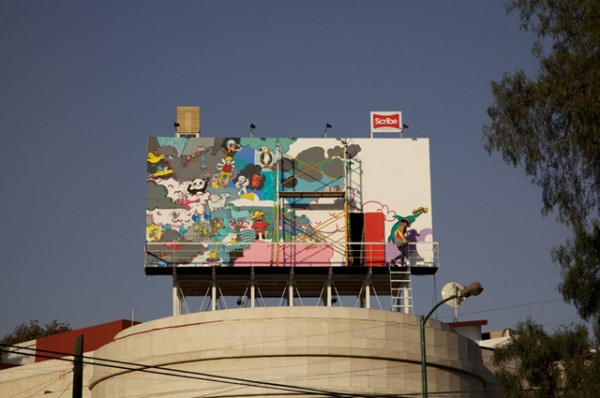 Meanwhile in Brooklyn, artist and archtiect, Chat Travieso, designed a series of collapsible shelters for urban nomads (or campers).

Are Canadians ready to repurpose our urban fixtures to live the nomadic lifestyle?