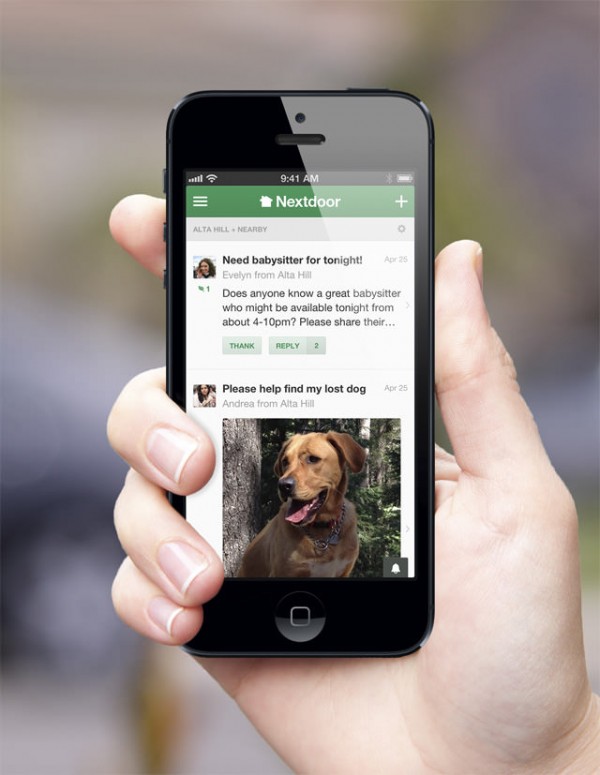 Most cities, especially those in Canada, are comprised of many neighbourhoods. Oftentimes, our neighbourhoods are as important to us as are our cities.

But do we know our neighbours as well as we used to? Is our sense of community within our neighbourhoods being lost? James Howard Kunstler thinks so, as he dissects suburbia in his TED talk. He talks about the “placelessness” rooted in suburban living across the United States. Unfortunately, Kunstler is right. Neighbourhoods have become alarmingly anonymous.

However, since 2011, 17,000 American neighbourhoods have been connected in a way like never before thanks to an app and website called Nextdoor.

In addition to networking with those around you, there are endless advantages of knowing your neighbours. From staying informed on local events, to advertising a yard sale, to notifying neighbours of a break-in, to finding a babysitter at the last minute or tracking down a dog on the run. Staying connected with your neighbours just makes sense.

Nextdoor may not compensate for the chat across the fence, but it helps build communities that are vibrant, safe and trusting – a pre-requisite for any great neighbourhood.

Is Nextdoor an answer to re-engaging citizens in their neighbourhood? To rebuilding neighbourhood associations? To retrofitting suburbia?