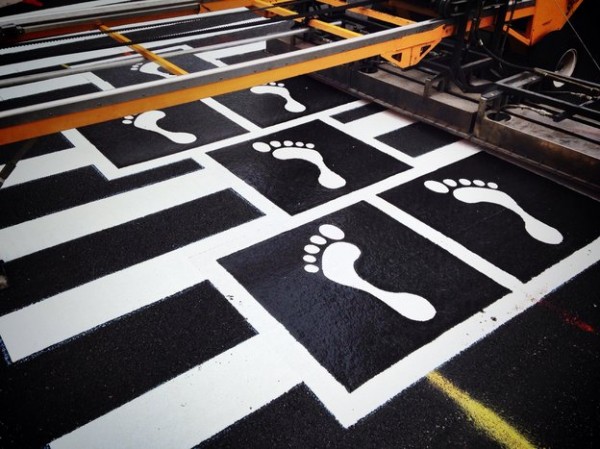 Crossing the street just got a bit more interesting for pedestrians in Baltimore.

As part of a public art initiative, a set of utilitarian zebra-stripe crosswalks have been transformed into hopscotch courts.

Artist Graham Coreil-Allen designed the whimsical installations, which are located at an intersection near the historic Bromo Selzer Arts Tower.

Three other intersections in the area have been given similarly quirky treatments, including one featuring crosswalks that resemble zippers. Spearheaded by the Baltimore Office of Promotion and the Arts, the projects are geared towards attracting people to the city’s Westside Arts and Entertainment District.

via NPR and The Atlantic Cities