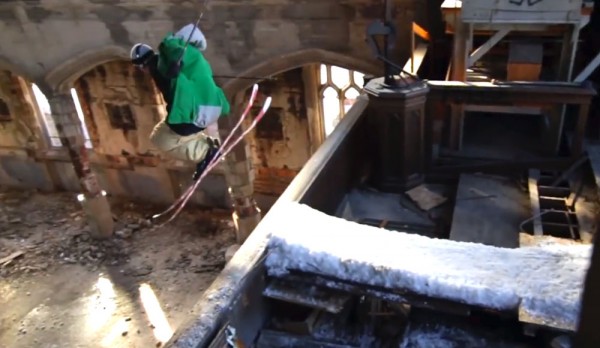 There are risks involved with skiing, but falling off the side of an abandoned warehouse typically isn’t one of them.

For the thrill-seekers featured in the Tracing Skylines video, though, that’s exactly the chance they take.

Poor Boyz Productions, the company who shot the video, show the unique way in which a few daring athletes make the best out of urban decay. Grinding on an old schoolyard’s railings and catching air atop a large industrial warehouse, the crew take full advantage of vast areas of abandoned buildings in Detroit.

It’s all just part of street skiing, a variant of the sport where instead of hitting the slopes, skiers negotiate their way through settings of concrete and steel.

Watch the video below.