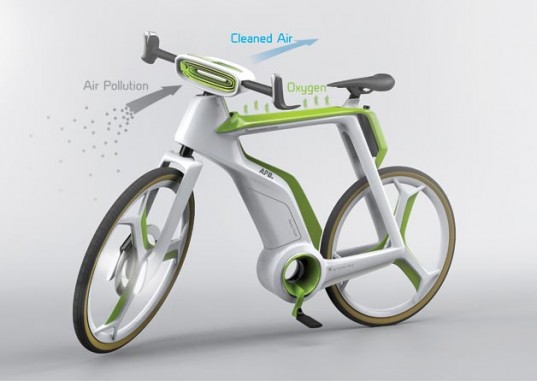 One drawback to cycling in most any city is the constant assault on the senses from smog. Exhaust fumes can be stifling and deleterious, hardly creating a hospitable environment for non-motorized traffic.

But an award-winning bike concept from Lightfog Creative & Design Company could be a breathe of fresh air for urban cyclists.

The concept features a handlebar-mounted filter that would purify air and force it towards the rider. In addition, the bike’s frame could actually power the whole mechanism by converting sunlight into energy.

For the time being, the concept remains just that. But should it develop further, it’s easy to see how the design has the potential to revolutionize urban cycling.

via Discovery and Inhabitat