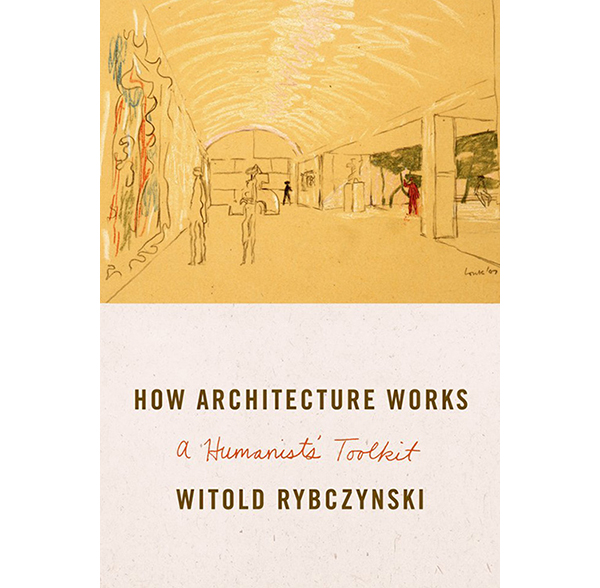 “Exactly what makes a building memorable is hard to pin down. It’s certainly not merely fulfilling a practical function-all buildings do that. Beauty? Architecture is an art, yet we rarely concentrate our attention on buildings as we do on plays, books, and paintings. Most architecture, a backdrop for our everyday lives, is experienced in bits and pieces-the glimpsed view of a distant spire, the intricacy of a wrought-iron railing, the soaring space of a railroad station waiting room. Sometimes it’s just a detail, a well-shaped door handle, a window framing a perfect little view, a rosette carved into a chapel pew. And we say to ourselves, ‘How nice. Someone actually thought of that.’”

It is, rather, a book that requires the active thought and engagement of its reader, without the use of complex terms or scenarios. The book’s aim is to lay the various and complex facets of architecture bare on the table, leaving no stone unturned. It is the closest I have seen a written work achieve at stripping away the prejudices and egos that architecture heralds almost as a banner of pride in our era of frantic change.

How Architecture Works is straightforwardly broken up into several chapters, each based on a theme. It begins with a fantastic introduction in which Rybcyznyski speaks to his background, his love of the built environment, and the goals of the book. This leads into the chapters of substance — Ideas, The Setting, Site, Plan, Structure, Skin, Details, Style, The Past and Taste — that are then followed by the welcomed surprise of a Glossary, something that even some textbooks are missing these days.

Each chapter does an excellent job of simply breaking down and describing architecture through its designated theme, from a largely neutral standpoint. They highlight sections of the craft that are perhaps exaggerated or filled with over-zealous solutions to much simpler problems, but also show how architecture can truly shine as the device it is meant to be, and how this positively affects our built environment.

A clear example of this simplicity is in Rybcyznyski’s description of the Vietnam Veterans Memorial created by Maya Lin, a twenty-one-year-old Yale architecture student, at the time of its creation. Rybczynski focuses all of his attention on the straightforward nature of the design and the power that this carries through its meaning and strong connection with humanity. The author states that the competition brief (of which Lin beat out over fifteen hundred entries) asked for four simple considerations, “the memorial should be reflective and contemplative in character, it should harmonize with its surroundings, it should contain the names of those who had died in the conflict or who were still missing, and it should make no political statement about the war.”

Immediately parallels can be seen to a large number of modern day’s briefs. How many urban design calls-to-action state that spaces should have areas for contemplation or reflection and should harmonize with their surroundings? The number is too vast to list and this is because designers are being given the task more frequently of creating spaces for human beings once more. An art that seems to have been lost somewhere over the past decades.

Rybczynski speaks to this disconnection through highlighting the fact that “there are no [modern] Pritzker Prize winners in the top fifty,” of favorite buildings in the USA according to polls. He attributes the latter to a detachment from the past  —  a topic that has its own chapter and is very important to him. A brilliant and sharp quote seems to describe his position: “The alternative, only looking forward, produces what are sometimes called visionary buildings, but nothing fades as quickly as yesterday’s vision of tomorrow.”

Through powerful statements like this, Rybczynski criticizes the constant urge by designers and those in the industry to produce something ‘ahead of its time’: things that quickly fade into obscurity because we have ignored the past and looked solely to the future. Outside this constant pressure, it is no wonder that the works of the past were far more human-centric, harmonizing more readily between the natural environment and humans alike.

By all accounts, the industry of architecture is currently at a crossroads diverging into polar positions: that of either stunting ones voice to please the client and disturbing the proper flow of a design process, or on the other extreme, the “starchitects” and their wildly ambitious (and oft times unnecessary) approaches to design problems.  Rybcznyski meanders his way through this complex political mess, and various others, with such ease that the reader barely notices and simply enjoys the vast number of memorable phrases. With respect to aesthetic preference, for example, he states: “…there’s no accounting for taste.” Similarly, he frequently speaks to the balance between art and function, and that in the end, people will pursue what they will pursue.

Ultimately, How Architecture Works lives up to its title, handing the reader a complete toolkit to all things architectural, with enough anecdotal story arcs to keep it nowhere near a textbook on the subject. Given how eloquently Rybcznyski writes, I think it is very appropriate to end with some of his words that have rung heavily in my head since I laid the book down:

While I find it hard to excuse a building that fails at a functional level, or that ignores its setting, or that is badly built, that does not mean that I cannot appreciate a variety of design approaches…but it is important to understand that architectural innovation, whether it is willful and questions established conventions, or considered and embraces old rules, never occurs in a vacuum…Yet architectural diversity is a good thing. An architect must hold strong convictions in order to create, but as users of architecture we should open our minds-and our eyes-to the richest of our surroundings. And allow the buildings to speak to us.