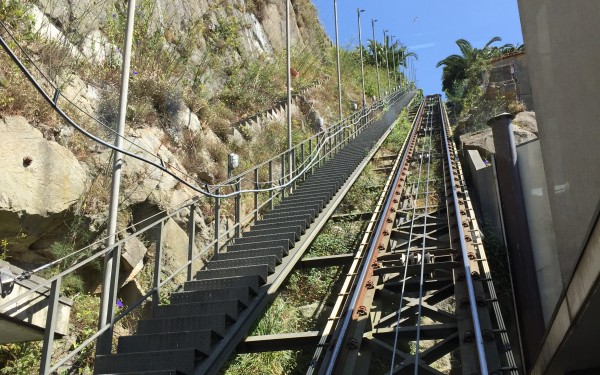 Outside of Quebec City and Niagara Falls, Canada is a funicular desert. Edmonton is exploring construction of a funicular for access to the River Valley. While funicular is not a prominent word in the Canadian lexicon, they are well known in Europe and can be ridden in cities across the continent.

Funiculars originated in Austria and are used to provide rail like transit on very steep slopes. They are functionally inclined elevators and in Portugal are called “elevador”. Funicular technology is quite basic, generally, two counterbalanced cars operate in parallel with the weight of one stabilizing the other. The two cars then run in tandem, when one goes up the other comes down. A visit to Portugal facilitated rides on three very different funiculars in Porto, Lisbon and Braga.

Looking over the Douro River and starting at the Dom Louis I Bridge in Porto, the Funicular dos Guindais saves people a 61-meter vertical trip at a price of €2.50. Originally constructed in 1891 the line only operated for 2 years; it was closed after a major accident that killed eight people. The funicular lay dormant for more than 100 years until, with the help of EU money,  it was rebuilt and reopened in 2004. Both locals and tourists use the funicular to get from the historic centre of Porto to the wine district on the south side of the Douro.

The current version of the Funicular dos Guindais looks like a glass elevator riding on an accordion. The top half of the funicular is flat, the bottom steep. To keep passengers level the funicular’s cars are equipped with an inflatable base that changes the angle of the passenger car as necessary. Unlike some funiculars, the passenger car remains flat throughout the trip. 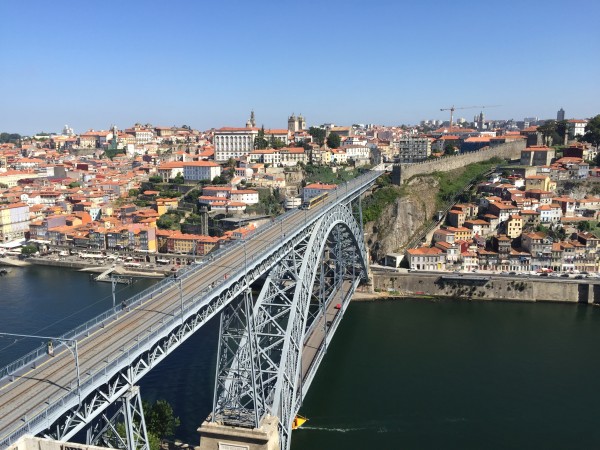 Funicular dos Guindais (to the right of the Dom Louis I Bridge), Porto, Portugal

In Lisbon, much of the public transit system is preserved from the early 20th century. Most famously, the city still runs tram cars from the 1930s as they are best suited to the local hills (and are now a big tourist attraction). Lisbon has three funiculars, opened between 1884 and 1892. The most famous of the three, the Elevador de Gloria, connects the downtown to the up and coming Principe Real neighbourhood and was declared a national monument in 2002. The elevador forms part of the public transit system in Lisbon, no charge transfers are allowed between the subway, buses, trams and funiculars. A stand alone two way trip on the Gloria cost €2.50. Originally built using a hydraulic system, Gloria was electrified in 1915 and hasn’t changed much since. The cars are covered in graffiti, creaky and look like something out of a 1950s movie. 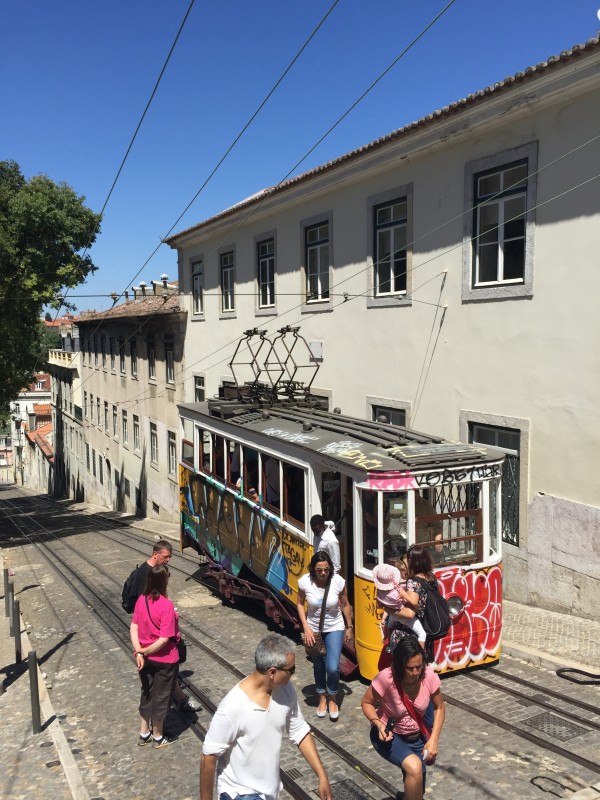 Bom Jesus do Monte is a pilgrimage site in the city of Braga in northern Portugal. It is famous for its baroque stairway that consists of about 600 steps. Parallel to the stairs runs the oldest water counterbalanced funicular in the world. The funicular was constructed by blocking a small stream. At the top of the hill each funicular car fills with 5850 liters of water, weighing it down for the descent. As the heavy car descends it pulls up its lighter pair. On reaching the bottom, the heavy car dumps its water in preparation for the trip back to the top. The water is then used to irrigate nearby fields. 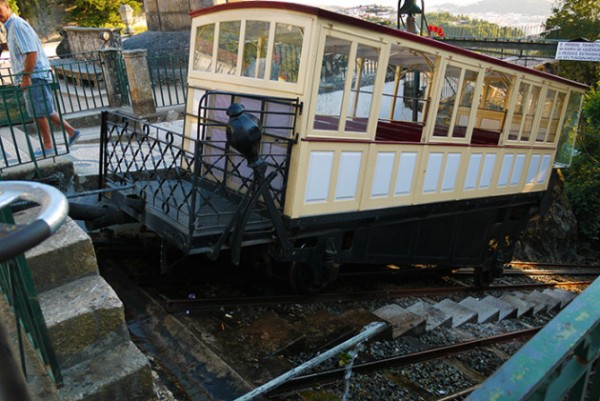 Given the wait times, it was not consistently faster to use the funiculars but it was more fun and gave us a chance to slow down and look around.

Shoshanna Saxe is an engineer from Toronto. Say hello on Twitter @shoshannasaxe