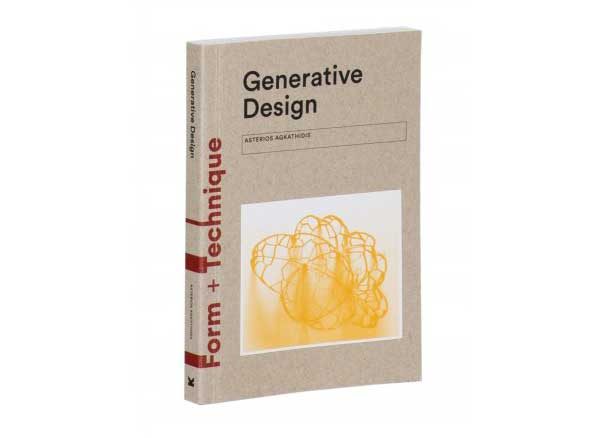 In my thesis project in university, I used a form of ‘algorithmic design’ to create a faceted, geometric spire that rose in the centre of a library, creating a chaotic form within a standard rectilinear modern setting. My experiences in this form of design were exciting and followed close to the method employed by the students of Liverpool’s School of Architecture showcased in Generative Design by Asterios Agkathidis.—within which generative design was used to create forms, which were then created by hand in physical models to see feasibility. Finally, the designs were moved to their proposed use through the use of 3D visualization.

In case you are unsure, generative design is simply a newer tool in architecture and design to create structures through the use of computer technology. Also known as ‘parametric design,’ or ‘algorithmic design,’ designers input information into different computer modelling programs using set parameters and get a form output that they can then tweak to work in 3D space. It has lead to some beautiful designs in the real world, perhaps the most recognizable being the work of architect Frank Gehry.

The beginning of the book includes a short essay entitled Design Methods in Architecture: A Brief Review, which explains generative design and it’s uses, as well as its critics and their issues with this method of visualization. The strongest argument against using generative design is this method may “disconnect architectural output from its context and its users, and lead to a decrease in spatial quality and a buildings integration within the urban environment.” Smartly, the course that forms the basis of the book took this into account and had the students create physical models to understand their surrounding context more readily.

The structure of the book was three pronged, roughly following the process taken by the course: it began with Analysis, Data Collection, and Definition of Design Rules, which lead to Morphogenesis, the algorithmic aspect, then moving into Metamorphosis, or the Transformation into Architecture. This was not a closed process, but instead had the students moving back and forth between these areas, as they progressed and furthered their designs. After building a model, the students would move back and analyze what they had created, see if it worked, try to tweak some items, try it again. It is a cyclical form of design, the same as any other, and in many ways can seem finicky to get right over traditional means and methods. But the payoff and the subsequent student designs, were well worth the effort as the forms are those that we would be hard-pressed to find without the use of some type of computer software.

Generative Design is a short read, filled with stunning photography and 3D visuals that leave the reader excited for the future of design. From facades, to structural supports and columns, to full high-rise buildings, the designs are breathtaking. From a roof that looks like the waveform of some peaks and valleys audio spectrum to blocks that interlock to become housing to a twisted prism that becomes a 21st century pyramid of steps, the designs are way out there, but grounded in context thanks to the prescriptions of the course. Because of this, we see that generative architecture doesn’t have to be some far-fetched or crazy work the leaves the user and relation to place in the dark. These designs can work seamlessly within their context, if the designer has the insight to follow the best of typical design process practices, revisiting their work, and applying their designs to site applications to see implications of certain aspects.

Towards this end, Asturias Agkathidis has done a great job curating this work and putting it on display for us as readers. And whether you are a casual observer or a practicing designer, you will be pleasantly surprised with this easy read for its compact and beautiful nature.