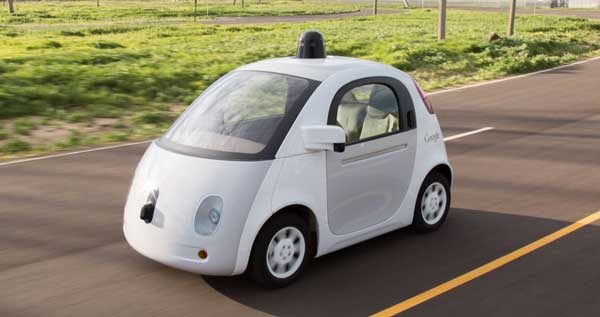 Think for a second on the advances that have been made for personal transportation since the automobile overtook horse drawn carriages and bicycles, at the turn of the 20th century. You will be hard pressed to find a technology that has permeated so many facets of every day life in such profound ways, but unlike many other technological advances, the car has remained fairly unchanged for many years. A steering wheel, a gas pedal, the introduction of the automatic transmission, on board navigation…typical stuff. And although, in the past century, we’ve seen innovation in how our cars use fuel and what fuels they consume, the list remains quite unimpressive in the face of technologies such as computers, nanotechnology, or space exploration.  Yet, the car has still managed to shape entire cities in its technological wake.

Since then, the world of transport has been in flux. There have been advancements along the way that have made our lives safer in cars and added the ability for roads to carry more vehicles at a time. Because of this, there has been pushback in some parts of the world through the resurgence of bicycle use. This has gotten to the point where, in some cities—the most notable being Amsterdam—bicycles have taken the title of prime mode of transportation.

Still, changes in transportation are visible in small glimmers, as if through the waves of heat on a sweltering summer day. You hear, for example, about Google’s work on the development of an automated car: something seemingly rooted in science fiction. You see a commercial where a car parallel parks itself. You hear about or experience on-demand ride-share services like Uber and realize that if you have the slightest opinion on this—for or against—you join a radical group of those fighting to keep it at bay, or embracing it with open arms.

These items are not the mirage on the horizon, but the pieces that make the picture whole. The future of our personal transportation is slowly changing before our eyes, and, whether you love them or hate them, Uber may just be the catalyst that brings all these technologies together in perfect synchronicity with a desire for change in our vehicular world. Uber may be the economic model that will make automated cars a viable alternative in the not so distant future. This two part series will look a the Uber, the automated car and what this may mean for our transportation future.

Car Sharing for All

First and foremost, a brief synopsis of Uber and why their business model is paradigm shifting. Uber (and it’s lesser spoken of counterpart, Lyft) are ride-sharing programs, akin in format to the wildly popular (and controversial) Airbnb. The idea is that anyone can become a driver for Uber with their own car. Once they register, they can collect their fares without the need for stringent regulation like taxi companies.

Because of this, Uber can offer an extremely fast on-demand service where a car is usually in front of you within five minutes (personal experience has it at about two to three, in Los Angeles). You enter your destination in the app on your smartphone, the rate is calculated along with the route, a driver is notified who is near you, you get in the car and travel to your destination, and upon arrival you simply exit the vehicle and go on with your day, the app directly charging your credit card. There is no cash changing hands, which is one of the many cultural and technological shifts Uber has inspired.

The beauty of this system is its simplicity. Having a car practically on hand at any time, can allow more fluidity of movement; allow a tourist to see more, allow people who don’t drive to commute through the city when walking or cycling isn’t an option (as in LA where both are done at the pedestrian/cyclists own risk). Knowing that you can have a car arrive on call virtually eliminates the worry of not having a vehicle in the first place.

A Future of Sharing

Arguing for or against the wages of Uber drivers—or the perceived economic effects ride-sharing services have on local taxi companies—are not germane to the subject at hand. What is relevant, however, is the countless articles and theories postulated about how self-driving or automated cars will have a transformative effect on our daily lives. Our economies will shift, our quality of life will shift, entire infrastructures will perish underneath new endeavours. Books that I have reviewed for Spacing, such as Start-Up City by Gabe Klein, formulate hypotheses on how the on-demand model of car sharing paired with automated vehicles will revolutionize our city streets. The problem is that currently, every day people are not making the connection between technologies like Uber and the Automated Car, and are therefore not seeing the societal value that an Uber-type system brings to the table.

This theory began in a conversation I had through comments on an article about Uber’s ongoing fight to remain in Toronto, as a user had posted that Uber will fail. This is a highly plausible event, Uber may very well fall into obscurity in the near future as a company. What cannot be unseen is the technology and digital infrastructure which it has created for the every day traveller. This societal shift has awakened something within commuters that cannot be taken back.

Think of  Netflix and Blockbuster. One may not remember that Netflix used to be a “through the mail” subscription service. Yet, in what seemed like an overnight shift, the service began streaming to our devices and suddenly Blockbuster video locations everywhere in your neighbourhood were packing up. Some websites1 are currently sounding the death knell of cable TV. A Digital Democracy Survey2 showed that “56% of the TV and film viewing by Millennials aged 14-24 is on computer, smartphone, tablet, or a gaming device — only 44% is via TV.” Numerous studies like these speak to our quickly mindset. Our entire culture is moving rapidly toward on-demand services and, for once, the automobile is coming along for the ride.

In a report by the Conference Board of Canada5 the entire “sharing economy” is laid out:

It is clear that technology has facilitated the development of more efficient ways to utilize existing resources to the benefit of wider society. Although greatly resisted by incumbent business sectors such as hotels and taxi companies, the trend [of the sharing economy] is one of continual challenge and change toward these new businesses and the resultant money flows will be significant.

Millennials are being heard on their wants and their needs, and companies like Uber and Airbnb have given rise to sharing, in order to reduce our impact on the world. While it still isn’t fully known if using Uber actually reduces your carbon footprint5, what is recognized by some like the Conference Board of Canada is that these technologies are heralding in the future of AVs or Automated Vehicles:

AVs [automated vehicles] will directly complement the argument by Uber, Lyft, etc. to deregulate the taxi industry to allow shared automated vehicle fleets to function efficiently and sustainably. The shared economy is about using fewer resources more efficiently, and AVs might be the biggest contributor to this sector. This could result in lower output for some industries, but not necessarily a net reduction in GDP because other industries may grow, as capital and labour are freed up for other uses.

Are human drivers just another technology like Blockbuster waiting to disappear?

Next up in this two-part series we dive into the future of sharing, automation, and how Uber has created a market that will change our roadways forever.