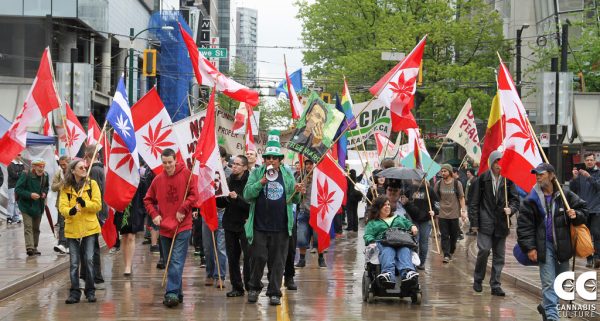 Trudeau’s federal task force on marijuana regulation and legalization has tabled a report, complete with over 80 recommendations that seeks to set the federal government on a path towards a legal and regulated market.

At a time when many Canadians stand to benefit from the legalization of cannabis and the burgeoning medical and recreational markets, consideration should be given to those already caught up in the criminal justice system because of pot. Cities and towns across the country have seen a proliferation of cannabis shops selling weed and other things like vape starter kits by my freedom smokes with the huge, towering bongs in the the windows open on their main streets, and many police raids during this grey period in their legality.

Prime Minister Justin Trudeau rose to power last fall in part based on a promise to legalize cannabis. Having admitted to smoking it while sitting as an MP, Trudeau’s campaign message clearly resonated amongst a Canadian population with its own fondness for the drug; 1 in 10 Canadians aged fifteen and over admitted to using cannabis in 2012. Recognizing the harms brought by prohibition, many Canadians have long supported its legalization. Now, the federal government is responding to public sentiment. It aims to generate tax revenue from a legalized market while at the same time stripping organized crime of billions of dollars in illicit profits.

However, as the government eyes potential tax dollars, and wealthy investors stand to profit nicely from the growth in our medicinal and recreational cannabis industries (Canada’s first cannabis company recently topped a billion dollar valuation), little attention has been given to repairing the harms done to those who have suffered under prohibition — mainly young people and members of disadvantaged minority groups. Indeed, the policing of cannabis and other drugs has been a priority for Canadian law enforcement agencies. According to Statistics Canada, Canadian police departments reported approximately 109,000 offences under the Controlled Drugs and Substances Act (CDSA) in 2013, the most recent year for which data are readily available. Of these, roughly 73,000 were cannabis-related cases and 59,000 were for possession. While many of these cases were cleared through police discretion (i.e. not taken to court), the number of people tried for simple possession was not insignificant. Between 2008/2009 and 2011/2012, cannabis possession accounted for approximately 59,000 adult and 14,000 youth cases completed in our courts. Of these, 25,000 adults and almost 6,000 youth were found guilty. So, in about half the time our PM has held office, more than 30,000 Canadians were branded with the marker of a criminal record.

Unfortunately, these 30,000 people are added to a long list of Canadians who, like them, face difficulties travelling overseas, volunteering at their local schools and finding meaningful employment, all because they were caught by the police in possession of cannabis. We are legalizing the drug in part for this very reason; we acknowledge the harms caused by its current illegality. We should not forget those who have already been affected. These people are more likely to be drawn from the young, impoverished, Indigenous and racialized — the very people we should be trying to better incorporate into our society, not working to exclude from it.

As the federal, provincial, and municipal governments grapple with how to implement Prime Minister Trudeau’s policy, they can aim to repair the harms done to those already convicted in several ways. First — and perhaps the easiest to implement — expunge the criminal records of all individuals convicted of cannabis possession and related administrative charges. This will help improve their life chances and ultimately benefit Canada as a whole. Second, reinvest a portion of tax revenues from the legitimate cannabis economy into programs to help the formally convicted and those communities most harmed by prohibition. This would be similar to the reinvestment of taxes from cigarettes sales into the healthcare system. Third, ensure that those who have experience with cannabis participate in its legitimate economy. Heck, why waste the expertise? The onus is on government, in consultation with those affected and members of the cannabis industry, to determine exactly how these suggestions can be put in place. True equality and justice depend on it.

Akwasi Owusu-Bempah (@AOBempah) is an Assistant Professor in the Department of Sociology at the University of Toronto Mississauga.