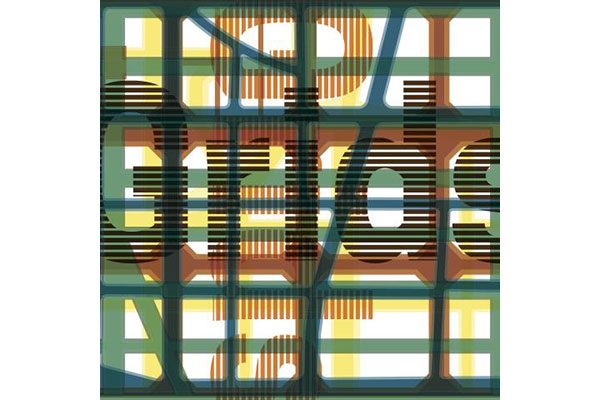 Former MIT Professor of the renowned Theory of City Form course Julian Beinart, once described the grid as the closest things cities have to a universal language. The grid has been seen across all cultures around the world, since the earliest days of settlement. From the Bronze Age Harappan cities of India to 1811 Commissioners’ Plan for Manhattan, the rigid discipline of the Heian-Kyo (modern day Kyoto, Japan) to the Laws of the Indies, the urban grid—and its variants—has demonstrated an incredible ability to adapt to a diversity uses, while maintaining an order that is easily replicated. In the face of such resilience, there is no doubt that the grid will be equally important in the future. It is with this understanding, and hands placed firmly at both ends of the temporal spectrum, that Redesigning Gridded Cities: Key Examples was written.

Created as a 4 volume set by Harvard Graduate School of Design (GSD) Professor Joan Busquets, the series focuses on four different urban grid archetypes.  Each city is given an individual book and written with a different co-author: Barcelona: Manifold Grids and the Cerda Plan (done with Pablo Perez-Ramos), Manhattan: Rectangular Grid for Ordering an Island (done with Nikos Katsikis), Chicago: Two Grids Between Lake and River (done with Christina Crawford) and Hangzhou: Grids from Cnala to Maxi-Block (done with Dingliang Yang). Without a doubt, Busquets is one of the more prolific contemporary authors that analyses the physical structure of cities—his Barcelona: The Urban Evolution of a Compact City being one of the most comprehensive works I’ve read on a city—and this set is a wonderful addition to his many publications.

Although each book covers a different city and can be bought separately, the overarching formats of each are similar. All publications are based on GSD studio courses and are divided into two broad sections: each book opening with a rigourous analysis of the historic and present-day urban structure (from block to hydrology, lots to infrastructure and beyond), followed by design proposals created by GSD students based on their research. This format is also used from his book on Savannah that, unfortunately, is not a part of the this set but could have easily been included given its unique urban structure.

As is standard-fare with Busquets and many similar products out of the GSD, the content is dominated by a wide diversity of strong visuals and drawings, with text used sparingly. As such, readers will find everything from historic photographs to exploded paraline drawings, network diagrams to cross-sections, block diagrams to translucent paper overlay maps…and everything in between. This being the case, over and above being a great resource on urban structure and morphology, the series is an excellent reference guide for different city visuals across a variety of scales, ranging from buildings to regions. Although some of the drawings are a bit small, the extent of the information included makes up for the drawback.

Despite the fact that books on cities have exploded over the past decade, publications that critically analyze and dissect settlements remain relatively rare. Within this context, Redesigning Gridded Cities: Key Examples is an excellent and essential addition to the libraries of urbanists, architects and planners interested in urban morphology and methods of analysing urban form.