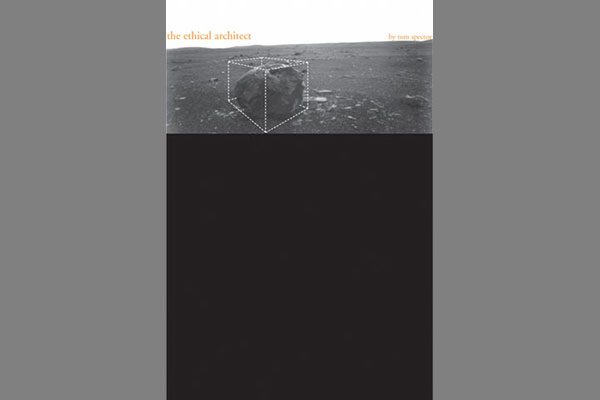 “Architects live and work today in a functioning but weakened profession that lacks a dominant design ethic. An opportunity to examine unquestioned assumptions regarding the morality of professional practice and the value of design has emerged. The past can be mined both for its good ideas and for its bad examples, and a future of possible convergence upon a durable, substantial, and robust design ethic can be imagined.”

What are the ethical ramifications of a design professional being able to call themselves an architect? What should a design professional do when torn between the decision to design a building to a higher threshold of safety than the local building code stipulates or not? And when it comes to the issue of preservation, who is to say which buildings should be demolished and which should be saved?

These are just three of the very many prickly problems posed in The Ethical Architect – The Dilemma of Contemporary Practice: questions that architects and their clients are faced with on a daily basis and which seldom have any clear right or wrong answers. As a licensed architect in both Georgia and California, author Tom Spector has waded into the murky waters of ethics as it relates to the practice and profession of architecture, attempting to help shed some light into areas of the profession that many would perhaps rather just leave well enough alone.

Drawing upon the long history of moral philosophy—from Plato and Aristotle to John Stuart Mill and Friedrich Nietzsche—Spector addresses how the field of architecture has attempted to define its own ethos over time, starting with the Vitruvian trinity of commodity, firmness, and delight, and arriving at the last great attempt at an architectural morality in the functionalism of the Modernist movement, itself consequently denounced by such Postmodernists as Robert Venturi for being cold, inhuman and elitist. Despite Venturi’s best intentions, and as outlined in his revolutionary Complexity and Contradiction in Architecture, the unfortunate outcome of this has been that architecture and ethics have had little to say to each other ever since.

Moving front the particular to the universal, the first two chapters of the book—‘Practice’ and ‘Theory’—are the book’s main course, and raise the most interesting questions using case studies and historical precedents, while the remaining five chapters in the book become progressively thinner in their content and applicability.

With the second chapter serving as the launching pad for the rest of the book, Spector names the following three chapters after the age-old Virtruian values themselves—Utilitas, Venustas, and Firmitas—to which he adds two new possible architectural values for the final two chapters—Context and Site. Despite the decrescendo of the narrative, the author’s research into the subject draws upon an impressive body of both current and historical commentary, including citations from sociologists, art historians, and cultural anthropologists along with the requisite philosophers and architects.

As a practicing architect himself, it is not surprising to find that the author has chosen to open the book with the discussion of how questions of morality are of concern to the architect in their day-to-day activities. This, of course, involves the highly contentious subject of the need to have architects be licensed professionals (along with its daunting educational requirements), and what this means to both the individual architect as well as society at large.

To this end, Spector immediately presents us with a moral conundrum—how is the architect to satisfy the demands of their client while simultaneously protecting the public good, which they have sworn an oath to uphold. He gives an excellent analogy in law as to this amounting to a defense attorney needing to defend their client and the public good both at the same time: How is this to be done? As Spector sees it, “society has the right to expect that an architect will give full consideration to the moral dilemmas of building,” no small order when one considers the thousands of decisions needing to be made in the realization of even a modest structure. This then, the author points out, is at the heart of professional licensure and the architectural stamp—by sealing one’s drawings, the architect is attesting to all that they have deliberated on the ethical challenges posed by the building, and to the best of their abilities have resolved them all.

Spector introduces us next to the notion of the ‘uneasy professional’, used to describe the ethical dilemmas that many professionals, not just architects, face when their personal morality comes into conflict with the ‘public good’.  Spector then uses this as the springboard to introduce three possible scenarios for the role of the architect: the ‘diminished architect’, where questions of public good would be left to others (i.e. building officials, engineers, etc.) such that the architect would be free to design for their client entirely liberated of ethical concerns; the ‘enlarged architect’, construction, and implementation into the community, and the accompanying moral repercussions; and the ‘uneasy architect’, who would occasionally have to choose between their own design intentions and the larger social conventions that frame them.

The result of all this is to reconfirm the need for a contractual agreement between the architect and the client, insofar as it would represent a larger agreement between the activities of architecture and society as a whole. However, Spector states that the problems of a professional ethos are not necessarily solved by the architect’s stamp and necessary contracts, but merely postponed (at least until the first freeze-thaw cycle), suggesting instead that the weakness of the profession lies not in a failing of practice so much as it is the failure of its theoretical underpinnings.

As the title of the second chapter—Theory—makes clear, this is a dense and at times challenging survey of architectural theory, beginning with Viturvius, and moving up through the ages, to arrive at our more recent architectural movements: Modernism, Postmodernism, and Deconstructivism, with a brief tipping of the hat to Neo-modernism and Neo-traditionalism. While there certainly isn’t the time and space required in the confines of a book review to go into depth of even one of these subjects (each architectural treatise likewise has an adjunct philosophical one), Spector has identified that the Vitruvian values of Commodity, Firmness, and Delight are present throughout them all: a testament to the power of these ancient notions of architecture. With this in mind, the pursuit of ethics in architecture in the two thousand years following Vitruvius has in its simplest terms become merely a question of how to decide which of these three notions are most important, and how to resolve dilemmas posed when one of them comes into conflict with the other two.

The next chapter then—Utilitas—would at first seem to be the most important virtue of a piece of architecture. lt would stand to reason then that all moral conflicts arising in the field would be deferred to the building’s use, but this is simply not always the case. As an example, Spector relates the ordeal in San Francisco of Proposition L, in which a group of cheap, ugly apartments next to the Golden Gate Bridge were saved from the wrecking ball for the reason that they could be renovated and reused as affordable housing stock. Such an ethical dilemma illustrates the conflict of use versus aesthetics, as in most other instances the building’s aesthetic is often used to save it from demolition once it has outgrown its original use. It is also curious to note that in this particular instance the San Francisco Chapter of the AIA chose to sit out taking sides on Proposition L, a perfect illustration of the ‘uneasy professional’.

If the main principle of an architectural ethos is not to be its utility then, one would think that it would most certainly have to be the content of the book’s next chapter—Venustas’—or its aesthetics, as one could easily imagine how the way a building looks could potentially outlast its use. A building like the Pantheon in Rome is a prime example of this, as the building’s classical expression has endured despite it being both pagan temple and Christian church.

Not so, says Spector, citing one of the most infamous architectural paradoxes in the canon of great Western buildings—the Guggenheim in New York. Spector points out that Frank Lloyd Wright chose to compromise the gallery experience, putting the vantage point for the visitor to the gallery on a sloping ramp, sacrificing function for the overall building’s aesthetic. It is, as the author sees it, a forever flawed solution to the art gallery, yet it continues to be an admired piece of architecture among architects. That this could be the case for several other buildings as well as the Guggenheim presents itself as a moral dilemma for the virtue of aesthetics.

The book’s next chapter—Firmitas—does little to allay these conflicts between the Vitruvian ideals, citing the Building Code in California, where Spector relates the basic premise of how a building performs during an earthquake stays the same despite its locations. Yet, there are everywhere differing opinions on how to apply the code. It is obvious that hospitals and other emergency buildings are designed to a higher standard than say residential apartments, who is to say to what standard the lesser important structures are to be applied. lt is apparent here that the ethical dilemmas facing architects are also the dilemmas facing structural engineers, as well as for other consultants now with the recent emergence of LEED and other new environmental standards to which all of a building’s consultants are consequently subject to.

While these are only a sampling of the numerous ethical issues raised in The Ethical Architect, it goes without saying in our litigious times that this is an important book for registered architects, though it is certainly not without its challenges. Any foray into such opaque subjects as posthumanism, deconstructivism, and Kantian deontic ethics will most certainly limit readers to those entrenched in this type of academic subject matter.

For those architects with even a modest appreciation of philosophy however, there is definitely something of great value here. The decisions architect make every day can and do have the potential for long-lasting repercussions, warranting the serious consideration that Tom Spector has given them here. As Frank Lloyd Wright once pointed out, while doctors bury their mistakes, the most architects can do for an unhappy client is to suggest they plant a grove of high, thick hedges.