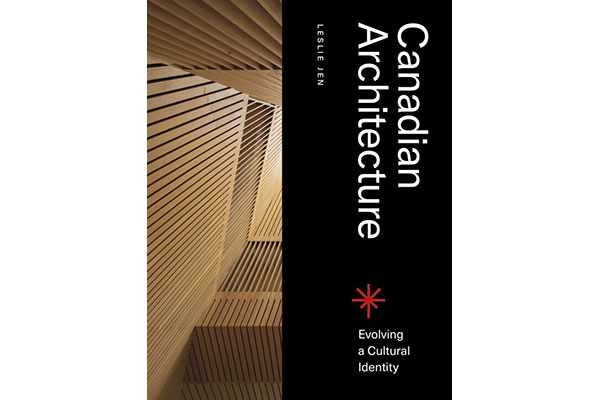 What is Canadian architecture? The question has often been posed, with no single satisfactory response. Understandably so, as Canada is not only vast but geographically and climatically diverse across its provinces and territories. It seems appropriate, then, that the lens through which to view architecture cannot be national but, rather, regional. Similarly, the approach with which to make architecture must also be regional.

In this new book from the former associate editor of Canadian Architect, Leslie Jen provides her take on several award-winning firms which she has written about over the past years, during which time many of the newer offices featured here have grown from infancy to maturity. Like a who’s who of our current architecture scene, its launch now is appropriate given that Canada’s presence at the 2021 Biennale in Venice is entirely showcasing our nation from the outside looking in. As such, this book provides a rare insider’s perspective of a national breadth, providing a window into some of our country’s best and brightest architecture practices in its 235 pages.

With a large 12” by 9” hardcover featuring a photo of the Patkau’s celebrated Audain Art Museum—one of several moments captured of that building by Canada’s most celebrated architecture office—the book’s 33 firms include several long established firms like the Patkaus, along with the recent recipients of the 2021 RAIC Gold Medal, Shim-Sutcliffe,  as well as Moriyama & Teshima, Diamond Schmitt, Henriquez Partners, Ian MacDonald, KPMB, Stephen Teeple, and Brian MacKay-Lyons.

Alongside these veteran firms, founded in the 80s and 90s, the other contingent represented here is newer offices that have been formed in the last two decades, with the most recent here being Public City Architecture (2017). These firms will already be familiar to some, having been featured in the pages of Canadian Architect for numerous awards.

It is worth pointing out that several have been a long time coming in their recognition in a volume such as this, including Acton Ostry, 5468796, Battersby Howatt, and superkül to name only a few. Balanced as such, the book is a satisfying cross-section of tenured and upcoming talent, with those featured surely known by both architecture students and practitioners alike across Canada.

Highlights of the book include many new significant projects on the Canadian landscape, including the already mentioned Audain Art Museum, along with other projects both large and small.  Numerous single-family houses are included by the likes of MacKay-Lyons Sweetapple and superkül, alongside civic buildings and urban infill by larger firms like architects-Alliance and Lemay.

The larger projects featured include the Woodwards redevelopment by Henriquez Partners, the Canadian War Museum by Moriyama & Teshima, and the National Arts Centre rejuvenation by Diamond Schmitt. Beyond these larger projects, the majority of the book provides for smaller-scaled works, their size ranging from “missing middle” urban infill to laneway houses, demonstrating that Canada’s newest generation of architects is fully immersed in solving the affordable housing crisis which our nation, like so many others, currently finds itself in.

The book’s poignant yet terse introduction touches on the notion of a Canadian architectural identity, an enterprise that Harold Kalman started several years back and has been an ongoing discussion up to the recent Canadian Modern Architecture edited by Elsa Lam and Graham Livesey. As such, this book is meant to be complementary to these texts, as Leslie dispenses with theory and meta-text to give a stripped-down, no-nonsense compendium of the featured Canadian architecture practices.

Arranged alphabetically, each firm is given a short three-paragraph description—including a brief history of the founders and the year their firm was founded—followed by two recent projects, many of which have been the recipients of Canadian Architect awards (the book also includes among its credits a list of all the featured firms’ awards). And as is unavoidable in such compilations, there are notable absences from the book, perhaps due to Leslie’s mention that most, if not all, of the firms in the book, are recipients of Canada Council’s Prix de Rome in Architecture, a means by which she likely edited her list down to those selected.

If one were to entertain for a moment then that this book represents only the first in a series of others, another entire volume could include from Vancouver alone such award recipients as Perkins+Will, HCMA, and Michael Green, with a section on innovative firms like LWPAC and MA+HG, while yet another could include First Nations projects in the works, such as Senakw along Vancouver’s False Creek. And then one final volume could be dedicated to the workhorse firms, such as IBI Group and Stantec.

Overall, the book is a welcome addition to the architectural dialogue our nation is having about the issues defining our time, from Truth and Reconciliation and systemic racism to income inequity and climate change. This being the case, Canadian Architecture should be required reading for all new students of architecture at our Canadian schools (twelve now and growing). And Leslie herself should also be commended for her contribution to this dialogue about Canadian identity in our architecture culture, offering up here the unique perspective she has had on the topic these past dozen years.

A book that will be a welcome addition to every architect’s bookshelf, Canadian Architecture is an important and succinct snapshot of our nation’s current architecture, to be appreciated and referenced for years to come.

For more information on Canadian Architecture and its author, go to the Figure 1 Publishing website.