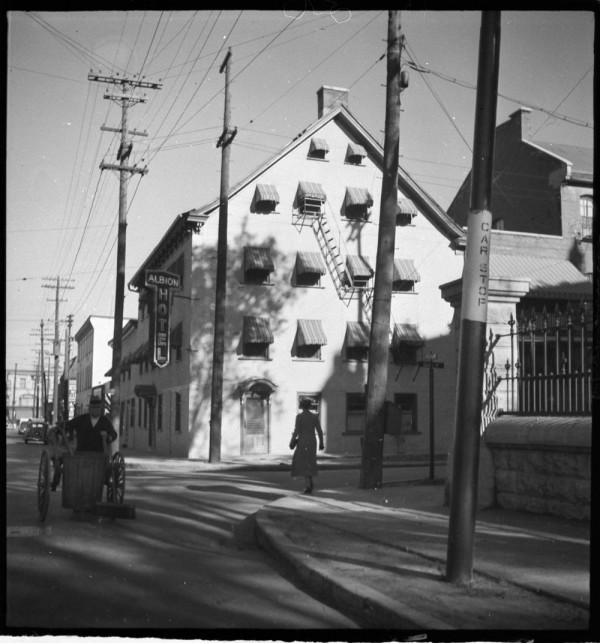 The Albion Hotel, one of the oldest surviving hotels in Ottawa, housed a varied array of events and guests during its long history. The building of a new courthouse, (the Carleton County Courthouse) meant more business for the Albion Hotel which was located across the street. The structure’s location made it a favourite meeting place of lawyers and university students. It was linked with numerous famous trials, because juries unable to finish deliberating before midnight were housed there overnight.”

More information on the history of the Albion Hotel can be found here.