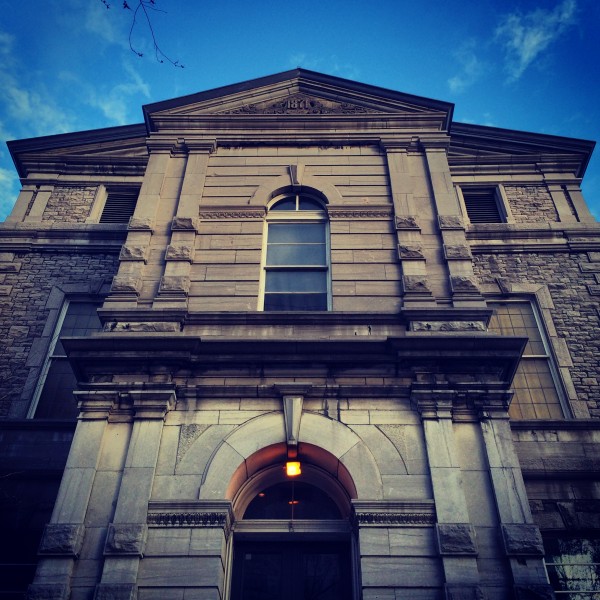 Last evening, in a room filled to capacity on the second floor of the the Arts Court building, around fifty urban enthusiasts gathered to share stories and histories of walking, in the kick-off event for the 7th annual Jane’s Walk Ottawa.

Hosted by CBC news anchor Adrian Harewood, who shared endearing personal anecdotes and experiences – including how his grandfather ‘rooted’ himself in Ottawa, having moved to the city from Antigua, through daily strolls in his new neighbourhood and the simple act of saying hello – the theme of walking, and spirit of the event’s name-sake Jane Jacobs, was ever present.

The first speaker of the evening, David O’Meara, an award-winning poet and self-proclaimed flaneur, took the audience on a poetic journey through the importance of the pace of the stroll and and its relationship to the mind. Believing that walking is a vital way to connect to the past, and establish our sense of ‘home’, O’Meara detailed the role of the flaneur as the often purposeless observer, as referenced throughout literature and poetry, who uses the act of walking as a “stimulus for the thought process”.  This notion, that it is at the pace of the walk that best allows one to think, and the ability to understand the city  at the scale of the pedestrian, leads to a deeper appreciation and association with our urban surroundings, and allows for us to feel the nuances, texture, and layered history of the city.

O’Meara also stated that Ottawa has strong neighbourhoods, with thriving identities, and that this city has more than enough interest to keep any flaneur happy, for it is the “hidden intelligence of the flaneur’s pace” that allows for overlooked alleyways and public squares to be discovered and appreciated. But ultimately, it was in his closing that O’Meara’s passion as a flaneur  could be fully felt, as he read from his own poetry including a perceptive piece entitled “Brickwork”, and after which I believe no one in that room will ever look at a faded brick in the same way again.

The second speaker of the night and long-time resident of Champlain Park, Dennis Van Staalduinen spoke on the history and connection to walking that oak trees have had both historically and presently in Ottawa. Detailing the story of a historical perambulation (if you are not sure what this is, you are not alone – a quick google search will help!), where the inhabitant’s of England’s legendary Sherwood Forest had to walk the perimeter of their terratory annually and record the process, Van Staalduinen explained how the document of one such walk was found and retraced by historians, over a century later.

What they found was a ring of oak trees and stone markers, leading to the discovery of  a “thyng howe” or place of assembly and civic engagement. This exercise of mapping a walk was later related to the Bur Oaks found in Van Staalduinen’s own neighbourhood, and from which he will organize a Jane’s Walk around. However, most meaningful was Van Staalduinen’s closing where he encouraged those in attendance to ‘perambulate’ our own boundaries, to find the ‘stones’ or markers of our own spaces which both give and have been given meaning, to gather people around and tell stories, and to “google like hell,” then get out there, talk to strangers, and be an enthusiast.  All the hallmarks of a Jane’s Walk, as we were reminded to “see the forest but don’t forget about the trees.”

Ultimately, it is sure to be a weekend of great walking and deep thinking as we collectively perambulate our city.

Having started in Toronto in 2007, Jane’s Walks are now performed in cities world-wide, including multiple cities across Canada. Lasting approximately an hour in length, and cover a distance of 1-2km, these walks are organized by local volunteers in the memory of urbanist Jane Jacobs.