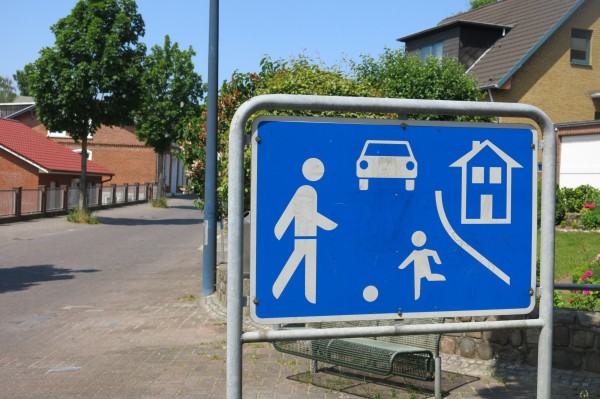 With summer looming my thoughts turn to climbing aboard my bike and zooming along the newly bare streets and pathways.  I love riding my bike in Ottawa.  The pathways along the river and the canal, through the experimental farm are wonderful, safe places to bike with kids in tow. Over the last few years biking on the streets of Ottawa has become much more pleasant too.

However much I now love cycling in Ottawa, here in Bonn, Germany, where we are living for the next year and a half, biking is even better.  And before you think that this is another article about how biking in Europe is so great, I want you to stop and think about how much better biking in Ottawa is now than it was 5 years ago.  When I first arrived in Ottawa over six years ago, the cycling mindset was stuck in the cycling for sport rut and cycling for leisure or commuting was seemingly a fringe discussion.  However, quickly, a groundswell of cycling advocates began changing the conversation and recent city infrastructure projects have morphed the city into a great cycling town. With that thought in mind I have been analyzing why biking is even more fabulous in Bonn and have come to the conclusion that biking in Bonn is so great because of some important differences in the cultural mindset around bikes and biking.

People in Bonn, and in fact in the whole of Germany LOVE their cars.  They drive fast, expensive cars that they take very good care of and car ownership is very high.  However, everyday I see kids as young as 5 biking to school with their parents – on their own bikes.  Bike racks are full of people not only taking a leisurely cycle along the Rhine River, but biking as transportation with links to other transportation hubs.  Unlike in Canada, where bike commuting is considered another vehicle on the road, biking in Germany is not equated to driving a car, neither is it like walking – it is a separate mode of transportation worthy of its own, separate infrastructure.

In fact, bikes are allowed in many areas where cars are not.  Prominent signs signifying one way streets and pedestrian ways are forbidden to cars but not to bikes; bikes often have their own separate portion of the sidewalk and pedestrians are responsible for staying out of the way of bike traffic.  This means that in most locations bikes do not share the road and compete with cars for space.  Along major highways and intercity roads there are separate bike paths that allow people to travel long distances – and they do.  Bike tourism is huge and not just for the young and fit.  People of all ages, families and many, many retired cyclists pack their panniers and hit the road.  It is a fun, safe and easy way to see the countryside and experience Germany.

Other ways that cycling is promoted include the installation of designated bike pathways through the city with signage telling cyclists the directions and distance to major landmarks and intersections.  At the central train station in Bonn there are racks upon racks of hundreds of bikes in a Bike Station where people can leave their bikes in a secure parking garage.  They can also have them repaired at this same location while they are at work.  The trains and buses have special bike areas so that commuters can cycle to the station, buy a ticket for their bike and when near their destination get off and start cycling again.

My favourite way that  bicycles are integrated into the culture is mail delivery.  Mail is most often delivered via bicycle.  Deutsche Post has specially rigged cargo bikes that are used daily throughout the city.

All of this cycling infrastructure is inspiring.  I can see how Ottawa, with its many pathways could become a cycling mecca in Canada.  Here are a few things that I think would improve cycling in Canada’s capital region.

Ottawa is quickly moving towards being an amazing place to bike for families, seniors, kids and commuters. As the culture of cycling changes and more and more people see it as a valid and safe transportation method

Story and images by: Allegra Newman