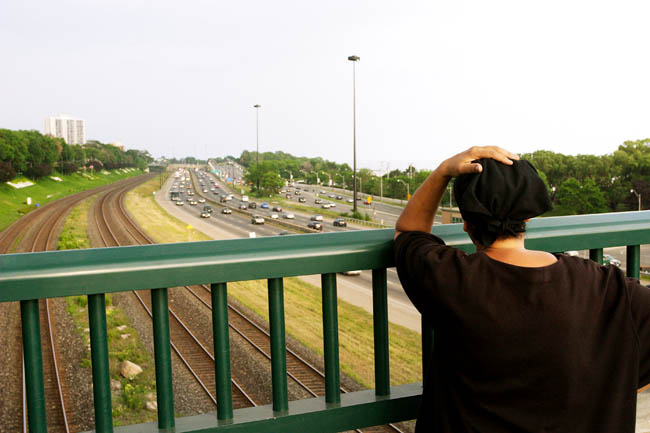 Based on the manufactured outrage that greeted his musings about road tolls in the 2003 election, Mayor David Miller now regards the notion of charging drivers to use the city’s two highways as something akin to a political third rail: touch it and die instantly.

Unfortunately, this kind of simplistic for-or-agin’ positioning fogs up the whole debate about congestion charges, which, in truth, have been with us for many years. After all, what is the price of a TTC ticket if not a congestion charge levied against transit riders? The point is that there are other ways to think creatively about the nature of road pricing, if only we’d have political leaders with the guts to engage in that discussion.

With the exception of the free-transit crowd, most people expect to pay to ride the TTC. I don’t know anyone who feels entitled to receive utilities — like hydro and gas and phone service — for free. The city is moving to metering the water bill as a sensible tool for encouraging conservation. The common denominator is a pay-per-use price structure intended to recoup the costs of delivering the service. Such fees have existed for decades and they aren’t greeted with rioting because they make sense at a basic intuitive level.

The highways, of course, are a service like any other. The city pays about $20 million a year to operate the Gardiner Expressway and the Don Valley Parkway. That’s money for cleaning and clearing the road, fixing cracks, doing minor capital repairs and so on.

None of this stuff comes free, but our problem is that the tax system encourages us to believe it is. Commuters, in turn, resist 407-style tolls because they’re justifiably afraid of forking over huge sums with little expectation of improved service in return.

So here’s a third-way compromise: let’s deploy a transponder-based road toll on the two highways so the price per trip is calculated to generate 80% of the total amount required to operate these roads. That’s exactly equivalent to the proportion of the TTC’s annual operating budget which is covered by transit ticket revenues.

How do the numbers work? The city says about 340,000 cars use the two highways every day, and that the annual maintenance costs are roughly $20 million. If the city imposes a cost-recovery-based toll (including the expenditures associated with setting up and then operating the transponder-based billing system), that works out to be about 15 cents per trip or $80 per year for workaday commuters — roughly what you’d spend on a one-month Metropass after the new Harper tax credit is included.

I think we can all agree that $80 annually is hardly ruinous. And to critics who bray about ploughing windfall toll revenues into transit white elephants, there’s a built-in rejoinder available to tentative politicians: virtually all the goods and services we consume are priced to recover the cost of producing them, so why should driving on these highways be any different? This approach is equitable, it’s transparent, and the money the city saves could finance one new community centre every year.

Oh yes, and if that additional $80 tips the financial scale for some commuters and prompts them to take transit into the core, well, so much the better.