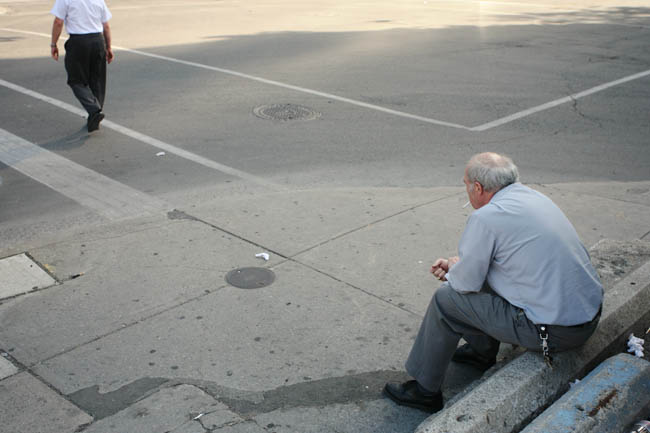 The Walk21 conference last week got remarkable, and entirely unexpected, media coverage. In fact, I suspect pedestrian issues got more media coverage than they have probably ever had in any single previous week in Toronto’s history. Every day that I woke up to go to the conference, the lead story on CBC local radio news at 7:30 was something from Walk21. Conference organizers and speakers were interviewed on TV and on many Toronto radio stations (including AM640, about which conference organizer Jim Walker told a funny story — when he arrived to talk about walking and asked about their audience, they explained “male drivers,” and began the interview by asking why anyone would be interested in walking. But apparently he ended up carrying on a conversation on the show for quite some time).

Here are some of the walking-related stories that appeared this week:

Toronto Star: “Conference on walking wants city to step up“, by Tess Kalinowski

The Globe and Mail: “Pedestrian Thinking at City Hall“, by Jeff Gray (subscriber only).

It helped that the conference was accompanied by the release of the consultation document for the city’s Walking Strategy, and by a series of proposals by staff for quick steps towards making the city more walkable (along with other sustainable transportation initiatives), presented to Works Committee in the midst of the conference.

The staff proposals (PDF) in particular inspired media attention by their innovative nature. When they came up on the Works agenda, 12 different citizen deputants spoke about the proposals, and all of them spoke in favour — a rare event. And the proposals passed through Works Committee with little trouble, without even the usual raft of amendments. We can only hope they do as well at City Council.

The pedestrian proposals include many things pedestrians have been asking for:

– increasing the pedestrian crossing clearance times;
– replacing the flashing â€œDON’T WALKâ€ displays with flashing
â€œWALKâ€ displays;
– introducing pedestrian scramble phases (where peds can cross in all direction) at appropriate locations on a pilot project basis (Bloor and Bay, Bloor and Yonge);
– expanding the â€œleading pedestrian intervalsâ€ or pedestrian headstart
feature to other intersections.

All road reconstruction projects will consider possibilities for widening sidewalks (this is really important, and something pedestrian activists have been seeking for years), with local consultation of course.

Develop a comprehensive “Green Corridor” plan for north-south access to the waterfront.