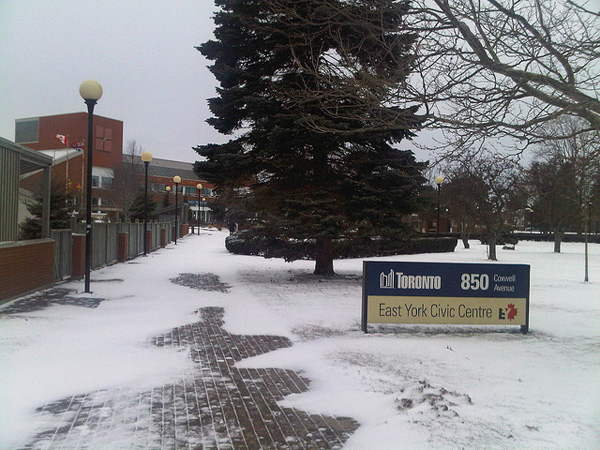 The Budget Committee held a meeting during the lunch break of Thursday’s Council session. It lasted from 12:45–12:50 p.m.  Only their second get-together (and the first at which business was conducted), there were only two items on the agenda: 1) “Establishment of Sub-committees of the Budget Committee,” and 2) “Election of Vice Chair.”

Number 2 resulted in Doug Ford being named the committee’s second-in-command — no surprise.  But buried in item 1 [pdf] are the details for the public’s only opportunities to provide input during the expedited (i.e., rammed through) 2011 budget process.

The public consultations, broken down by community council area, are as follows:

SCARBOROUGH DISTRICT: January 20, 2011, at 6:00 p.m., in the Council Chamber of the Scarborough Civic Centre (150 Borough Drive, at Scarborough Centre station)

The North York and Scarborough meetings will be chaired by Doug Ford and attended by budget committee members Frank Di Giorgio, Peter Milczyn, and John Parker.

The Etobicoke York and Toronto and East York meetings will be chaired by Mike Del Grande and attended by budget committee members Michelle Berardinetti and Chin Lee.

See you on Coxwell!