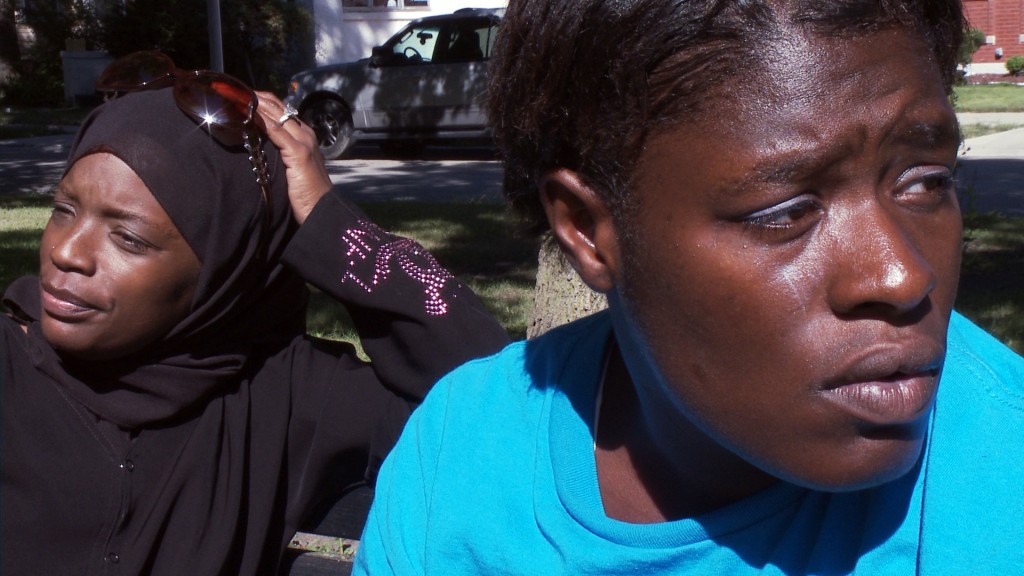 Thoughout The Interrupters, the streets of Chicago are repeatedly called a “war zone.” While this is a phrase repeated by wide-eyed, blonde Fox reporters, it is first heard at a street rally for a thirteen year old boy, shot 22 times on his own front porch. The scene does have the chaotic, panicked feel of a war zone: tension is thick, tempers are short, and most of the surrounding houses are boarded up. The rally comes to an abrupt when another homicide is reported a few blocks over.

Perhaps more aptly than war-like, this steady stream of violence is referred to as an “epidemic,” a disease that can grow, spread, and fester, or alternately be contained at the source. The Interrupters follows an organization acting as both doctors and warriors, working daily to stop gun violence. The Interrupters are not focused on trying to dismantle gangs, or to end poverty, or to improve the crumbling education system; their role is on the ground, talking down furious young men with pistols in their pockets. This is preventive combat.

Taking on such a role, and being taken seriously in such a role, requires a huge amount of credibility, and most of the Interrupters are themselves ex-gang members. While we get plenty of insight into how the organization works as a whole, the film focuses most prominently on three Interrupters. Eddie Bocanegra, burdened by his own violent past, dedicates his life to working with at-risk youth. Cobe Williams, a suburban dad whose own father was beaten to death when he was eleven, spends his days driving around Chicago with men on the very edge of self-destruction (and, almost certainly, of destroying others). Ameena Matthews, the daughter of Chicago gang leader Jeff Fort, comes to us most fully, acting as a comforting mother, an eloquent mentor, and a hard-nosed bully, as the situation calls for it.

This is documentary as it should be: a thorough exploration of causes, effects, and circumstances as much as an actual narrative. The film is very long, allowing for nuance not usually offerred when we talk about violence. There’s no easy answers here, but Amina, Eddie, and Cobe are inherently hopeful protagonists, representing a definitive break in a hellish, well-documented cycle. You will leave The Interrupters physically drained and fully inspired.

The Interrupters screens Thursday (6 PM, at the Cumberland) and Saturday (4:45 PM, at the TIFF Bell Lightbox).