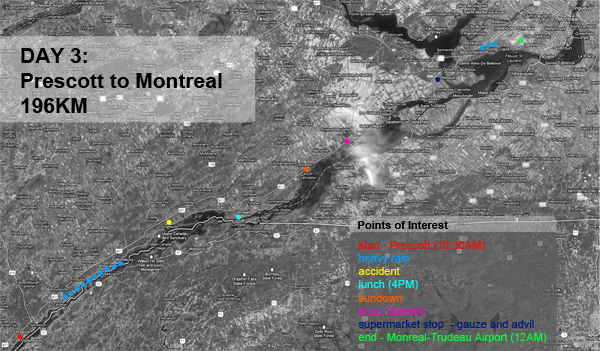 Morning aches, blisters, an amazing home-cooked breakfast, and wet gear would cause us to fall behind on our start time, yet again. It was already about 10:30 am when finally got ourselves to part ways with the cozy sofas and get our blistered bodies back on the saddle for our last and longest day of riding. 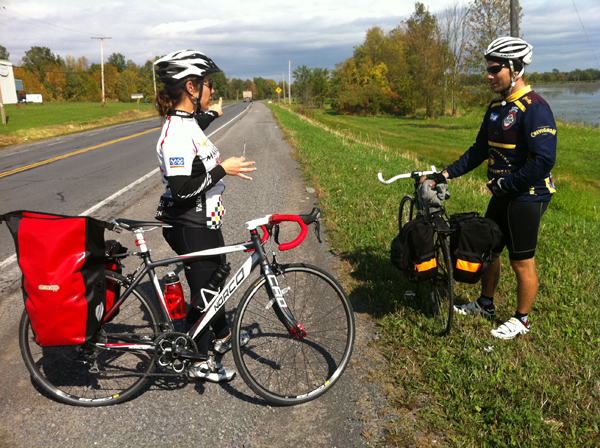 Cardinal – Morrisburg: Heavy rain hit for the first time. We put our raincoats on and tried to cover up but struggled to regulate our body temperatures after as we were either wet from rain, or sweat, and very uncomfortable. The stretch from here is all flat and linear, which was relieving but very stifling. 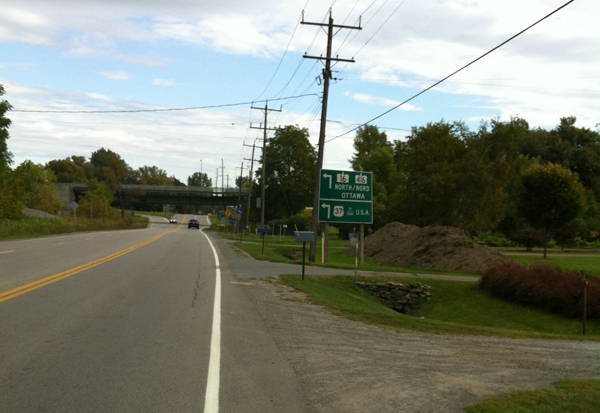 By Ingleside, fatigue started to set in, and I got sloppy. After accidently clipping JD’s rear wheel, and with my hands nowhere near the brakes, I veered onto the busy main road. In an attempt to avoid an accident with another vehicle, I veered back, at which point I lost control on an unpaved shoulder and fell head-first into gravel. Road rash, cuts, a broken helmet, and a (then unknown) concussion would be the result. A witness pulled over and drove me to receive first aid. She also informed us of the cycling trail that runs parallel to our route. While we were probably not as attentive as we should have been, perhaps some informative cycling signage would have allowed me to avoid the severity of my accident by riding on a trail. 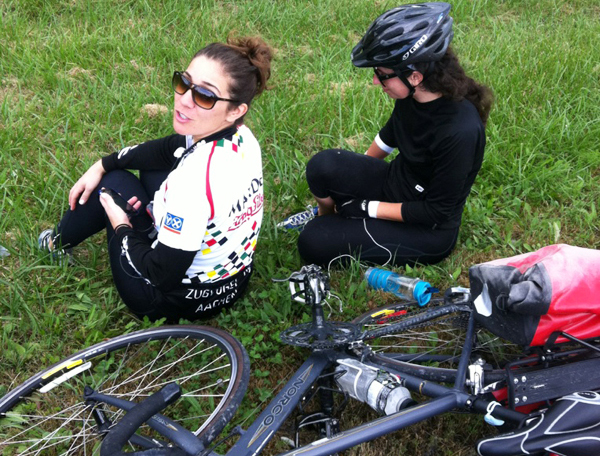 After a quick breather and the cringing thought of night riding, I told JD and Joanne that I wanted to continue, but to keep a safe distance from me. With gravel remnants and a t-shirt tucked into the back of my tights, I pedalled on. To avoid further upsetting me, my friends did not tell me how rough I was starting to look… They took photos instead. 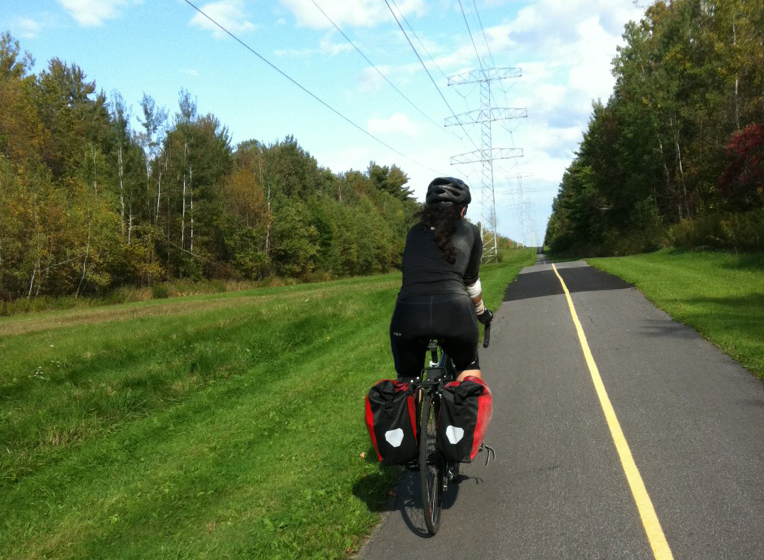 The trail to Cornwall was a really nice break from the linear road that we had been on for the past few hours. Small hills and slopes, along with turns and greenery created variety for our minds and brought back the sense of enjoyment and recreation. 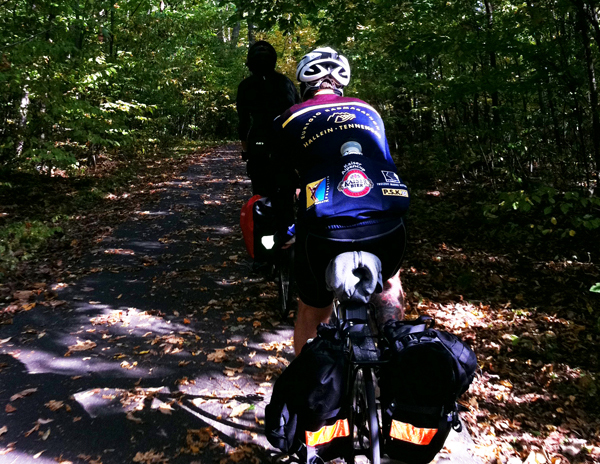 Cornwall: We parked our wheels next to the window as we grabbed a (big) bite. Likely a type of seperation anxiety, but we (or at least I) could not eat without having a direct view of our bikes. 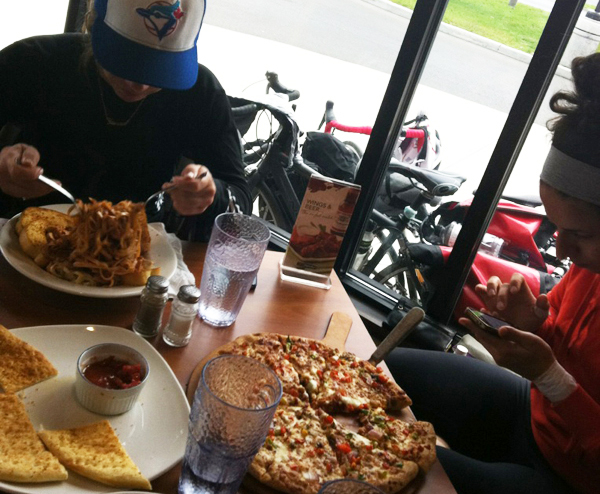 While we talked less and less to each other as the trip progressed for reasons of energy-conservation and mere boredom or lack of topics, we found ourselves contemplating the same thoughts and inventions on road safety, saddle and/or gear design. Until our (surely ingenious) inventions could be realized, we would make do with our resources and tape sweaters onto our saddles… 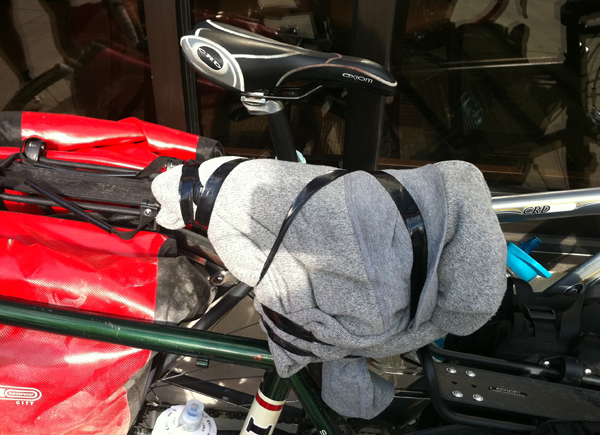 …and tuck ‘t-shirt shammies’ into our tights. 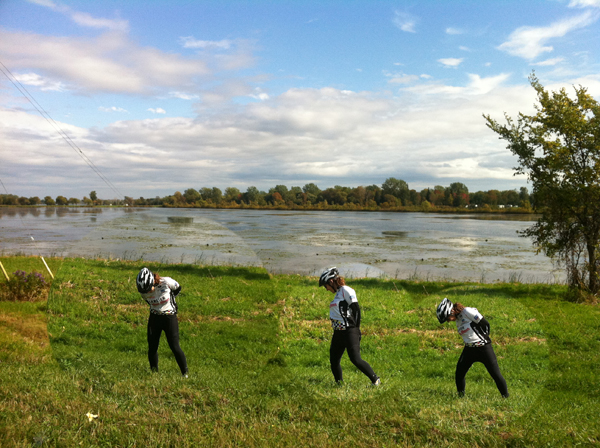 With another late start and the set-back from the accident, night-riding was once again reality. This time it would be approximately 80km of darkness, from about Lancaster, Ontario to Pierre Elliot Trudeau International Airport. At 50km left to go, a lack of visual stimuli led me to focus on my injuries, which began to intensify. A mini mental breakdown along the side of a dark road was cut short with the support of an awesome team, and a slice of leftover pizza. 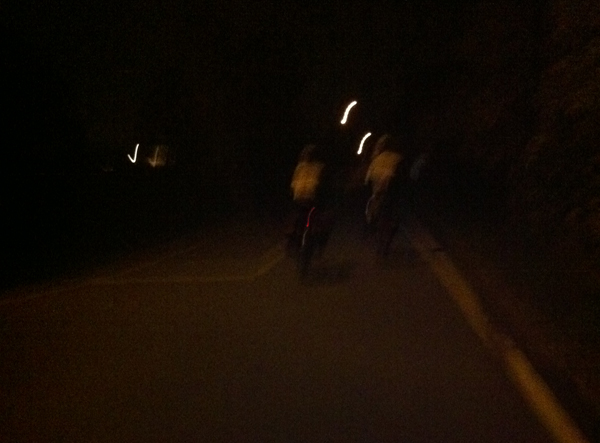 Sainte-Ann-De-Bellevue: Heavy road construction for a large 3 phase project on Sainte-Anne Road made for a fun urban obstacle course. Partial street lighting from here to Dorval would make for easier night riding than the previous nights. It rained for about an hour as we rode to Dorval. We found little reason to wear our raincoats by this point – it was the last stretch. 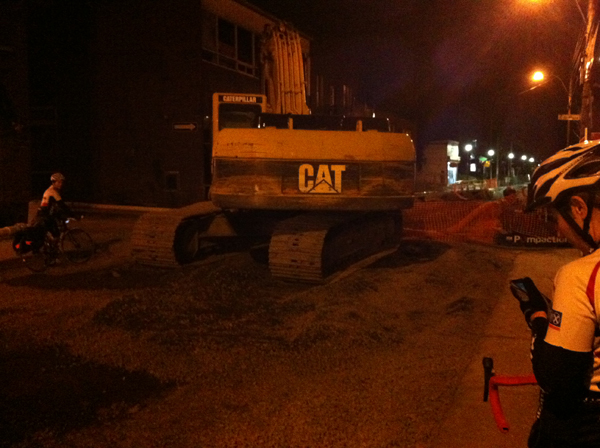 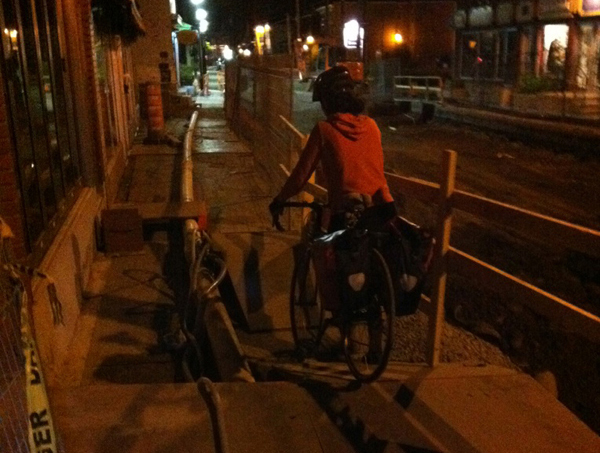 We arrived at Pierre Elliot Trudeau International Airport at 12am. In shambles, cold, and exhausted, we decided to take a bus to our hotel. We waited for the bus, only to be told by the driver that he did not want the bikes on right now, and to wait and ‘see’ if it is okay to do so in another few hours. We began asking taxis to take us instead. After being refused by the first five, we were finally accepted. The moment we sat in the cab was when we realized what we had accomplished. It was finally over – we made it. After that brief special moment, we fell asleep. 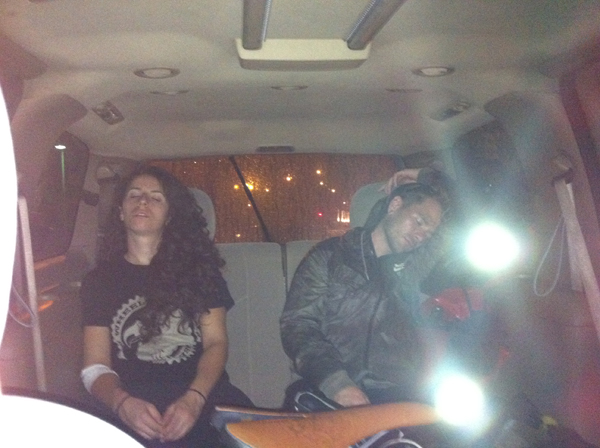 We didn’t look or smell like your average Marriot patron, but we did not care. We were finally able to order in at the hotel. I excitedly ordered a big basket of onion rings and a salad. The delivery man forgot the onion rings, and the salad dressing. Frustrated, I called back – nobody seemed to care that I had cycled for 3 days straight and was given a bowl of lettuce to chew on. It was a humbling experience, from start to finish, but it was what we wanted. Hungry, pained, and proud, I turned onto my lesser damaged side and went to sleep. 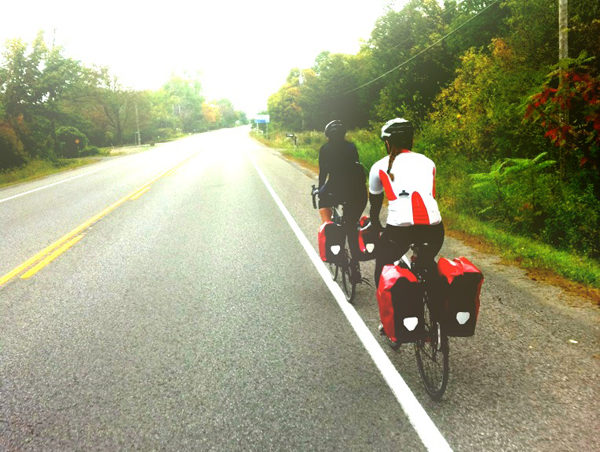 Despite the physical scars, the ride proved – above all – to be a mental challenge. As we rode on through all the environmental and physical hurdles, the only thing that could have actually caused us to stop is a complete loss of will. Cliché or not, this experience is one that we will apply to everything we attempt in life. We, the three mismatched, ‘moderately-skilled’ cyclists encourage you to do the same.

Click the first image to see a three day map