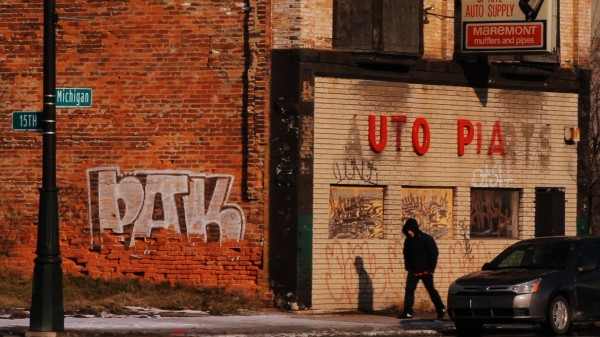 In 1930, Detroit was the fastest growing city in the world. According to the 2010 census, its population has now dropped back to 1910 levels, and the equivalent of Manhattan, San Francisco and Boston could fit into the empty land  within city boundaries.

What has this shift meant for Detroiters? In Heidi Elwig and Rachel Grady’s Detropia, autoworkers, small business owners, bloggers, and politician reflect on what population, employment, and demographic shifts have meant for the city they love. Where is Detroit headed, and what are the implications of its future for the rest of America?

Spacing co-presents Detropia this evening at 5:45pm at the Bloor Hot Docs cinema. Tickets are sold out; the rush line forms one hour before the screening.