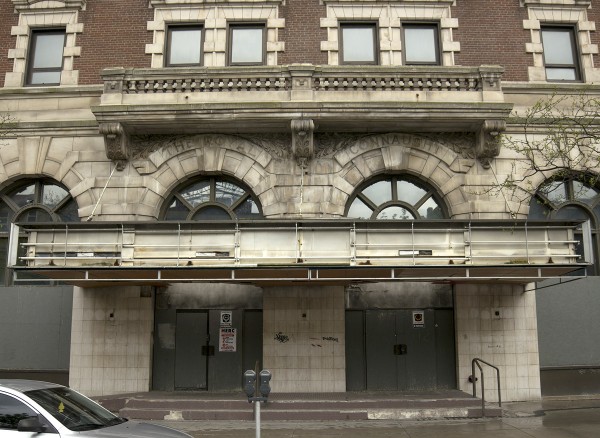 Some buildings have been salvaged, but many barely stand, crumbled beyond the point of repair, with their broken windows and unkempt facades noticeably sticking out. Increasingly, the debates over the future of Hamilton’s heritage buildings have come to represent a changing landscape of political interests.

Much like other post-industrial cities in the American Rust Belt, Hamilton has been traversing a period of revitalization in its downtown core. As the largely suburban city has begun to take note of its new-found urban potential, there is an ongoing debate over what to do with the abundance of vacant old buildings downtown.

In Toronto, it’s understood that the conversation about public transit represents something more than just the minutiae of urban planning — it stands on the back of ideological clashes between suburban and urban voters. Similarly, Hamilton’s built heritage debate represents a political chasm – between those who value the buildings as culture worth preserving, and those who just want to see downtown cleaned up, with or without these relics of Hamilton’s heritage intact.

Let’s be clear about something: Hamilton is not Toronto. Nor is it a suburb of the GTA — it’s the ninth-largest city in Canada with over half a million citizens. In 2012, the core continues to see a flurry of construction, with as many as eight construction cranes up — which is good news, since the Real Estate Investment Network of Canada voted Hamilton the best place to invest in the country over the next five years. Hamilton has a livable, vibrant urban core which is distinct from its suburban periphery. And, over the past decade, the urban core has been inhabited by a new generation of creative, entrepreneurial Hamiltonians who have raised the profile of their local arts community and thriving businesses. These facts are worth stating — not to brag or invite flattering comparisons to grander cities or boroughs — but to illustrate the point that Hamilton is its own city with its own unique set of growing pains and reasons for civic pride.

Once upon a time in the 1950s, downtown Hamilton was a prosperous shopping centre. But as Hamiltonians began moving out to the suburbs filled with big box plazas, the city’s downtown deteriorated as it lost its purpose as The Shopping Destination. In decades that succeeded, the city made various efforts to “modernize” the core. One such project, the Jackson Square complex, cleared several blocks of existing 19th century pedestrian-friendly infrastructure for an amalgamated superblock of inward-facing malls and underground parking. Today, the project is still widely criticized for its design; award-winning Canadian architect Bruce Kuwabara has called it “anti-urban.” The project, and others like it, mistakenly brought a suburban ethos to an urban centre, effectively thwarting the core’s relevancy — why go downtown to go shopping or see a movie when you can go do both those things at identical locations in the suburbs? And, if a core stops being a safe, liveable, cultured place, why go at all? 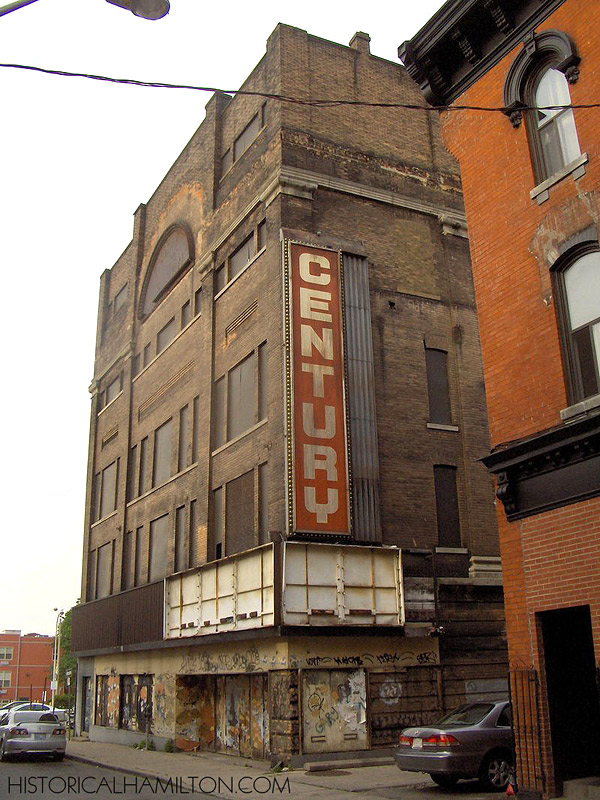 Today, growth downtown is happening in a different way than the top-down style of the 70s. It’s slow-burning, building by building. But increasingly, beautiful, culturally-relevant buildings are being cleared to make room for newer structures, a process that is often cheaper than renovation costs.“Demolition by neglect is a concept that seems to prevail in Hamilton,” a local blog called The Hamiltonian wrote in 2010, as plans were announced to take down the 1913-built Century Theatre, originally called the Lyric. First built to host vaudeville acts including the Marx Brothers, the Lyric became the Century movie theatre in 1940 when it was remodelled with an Art Deco interior style. The Heritage Canada Foundation has listed the Century Theatre as one of the country’s worst losses, indicating on their website that, “after years of not enforcing its own property standards bylaws, the City declared the heritage designated façade unsafe, allowing the owner to demolish it.” As built-heritage advocates angrily pointed out at the time, the building’s roof had been partially collapsed more than a decade prior and, without any repairs being made (or enforced by city bylaws), the roof gradually collapsed the floors beneath in an increasingly hopeless state of deterioration. Demolition of the Century was to make room for a 59-floor condo at the site, but construction has yet to begin on the vacant lot.

Consider again Hamilton’s present situation: growth — an increased demand for investment in real estate in the core, and a community of artists who have helped bring the downtown neighbourhood to where it is today. Unsurprisingly however, the city wants to attract investors, and investors want a bargain – which is often at odds with preserving the cultural integrity of heritage buildings. Equally unsurprising is the fact that the arts community feel a sense of ownership over the neighbourhood they worked hard to revive. And, coupled with their economic relevancy to the area, several prominent members of the arts community have gained political traction too. When artist and activist Matt Jelly ran for downtown city councillor, a big part of his platform involved protecting built heritage and ensuring that vacant buildings weren’t neglected to the point of disrepair. 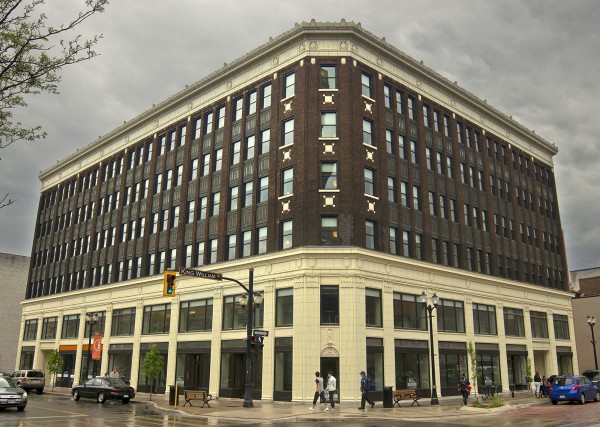 The Lister Block is a recent success story for the built heritage community in Hamilton. The building was recently restored after sitting vacant for several decades.

Debates over the preservation or destruction of heritage buildings are invariably polarized, because physically speaking, neither option allows for much compromise: either the building stays up or is taken down. In a recent Cities Centre Lecture Series, John Ralston Saul and Mark Kingwell spoke in “heated agreement” about the relevancy of art and culture for its own sake, and not for the sake of any utilitarian (read: economic) advantage. Ralston Saul said, “The culture of a city works when it looks and feels and functions like itself; like us. If it doesn’t, then it isn’t culture — it’s imitative, it’s a reverberation.” Although it was a Toronto-centric discussion, he might as well have been defending Hamilton’s preservationists against any number of proposals to tear down an old building and start from scratch. It begs the question — with so many beautiful, old, distinctly Hamilton buildings available to be re-purposed, why would anyone want to white-wash the cityscape with generically 2012 condo towers?

At the same talk, Kingwell proposed a “paradox of culture” which again, speaks well to Hamilton’s situation. “How do you get people to change what they care about,” he asked rhetorically, “when they already only care about something else?” In other words, how can Hamilton’s built heritage advocates convince investors to preserve culture, if what they value is only based on utility and money? The argument for saving built heritage evaluates the decision based on a system of ethics which weighs aesthetic, cultural, and historical (often nostalgic) considerations as ends in themselves. And because investors and construction companies evaluate their business decisions based on the almighty dollar, the political tension related to heritage buildings shows little signs of easing up.