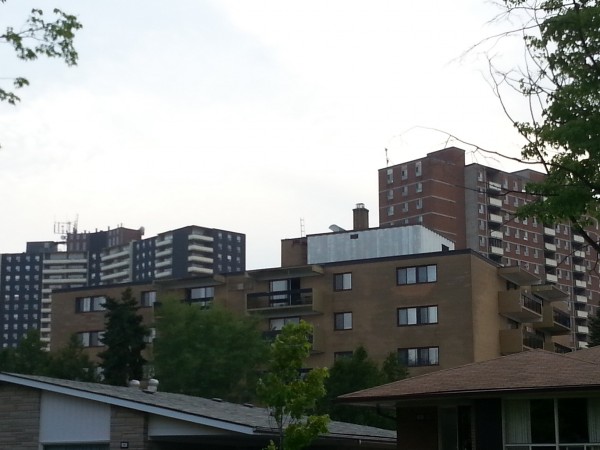 Poor amenities. Bad transit. Poor. Bad. Badly poor and poorly bad. You hear these things often about so called tower-in-the-park buildings that sprouted throughout Toronto’s inner suburbs in the late 60s. I lived in these towers for the greater part of my life, and so this was the only urban form I knew as a child.

I lived most of my life in Etobicoke, just on the ‘shore’ of the 427. I used to call it the shore because the 427 sinks below the surrounding land, so the grass was like a beach that rolled into the fast flowing highway. Though, it is probably not a beach you would want to sunbathe on and probably not a river you would like to swim in. I lived on an island of six modern high-rises, flanked on one side by the 427 and on the other, a sea of Etobicoke’s bungalows.

While neither I nor anyone I knew growing up ever appreciated the architecture of our little island, when I return to these places, I have an undeniable feeling of fondness and warmth. Hearing the rush of the highway, smelling the fresh cut grass and seeing monumental towers sprouting out of the ground evokes something unexplainable, significant and meaningful.

More recently I found that my buildings were inspired by an odd Swiss man named Le Corbusier. I remember thinking, “Is his first name really ‘The’?” and, “Who would ever design something like that?” Diving deeper, I learned how he broke from European traditions, to create architecture that was modern and was inspired by progress, engineering, and the car. It all started to make some sense.

Still, I asked myself why was it now that I was allowed to appreciate this built form, only after learning about the modern movement and all the things it engendered. I thought about the fondness I felt before, and how it was not at all about modernism, ‘Corb’ or breaking from European tradition. It was not about the car, or cleanliness, or lack of ornamentation. It was the stories of these structures that I held to, that came back to me when I saw my old home. These stories, happy and sad, are ones that stick in my memory and that I see in my dreams. 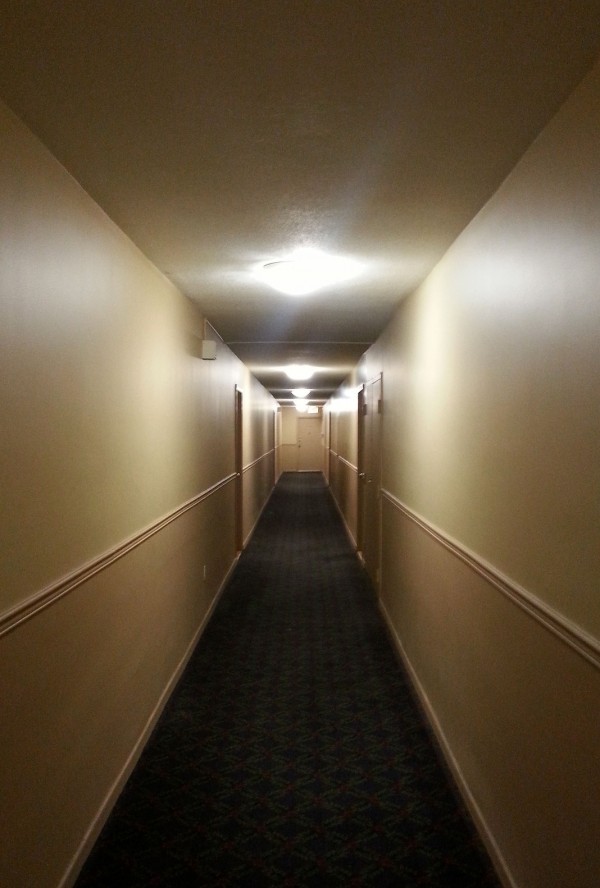 For instance, here’s the hallway on the floor in the building I grew up in. This scene is dark and perhaps a bit scary, I admit. But when I see this, I remember how I used these spaces to loiter with my friends, chat with neighbours and to reflect on my short walk between the elevator and my apartment. My sister also taught me how to ride a bike here (because I was afraid of falling on the concrete outside).

Here’s a not-unexpected scene in Etobicoke – a parking lot. If you look closely though, there’s a little playground in the back. The park was something of a legend in the building. In the past, each and every summer night, the children of the building were collected by their mothers and brought down. The ladies would sit on the big grated vent (that housed the garage fans) and the kids would play on the swings and slides. When twilight hit, we were back in our units, having dinner by the TV. It was not always fun and games – it was here that I once fell and slashed my elbow on some broken beer bottles. There was blood everywhere, painting the glass and concrete red, and then drying black. I remember wrapping my arm tight and being driven to the emergency room at Etobicoke General. 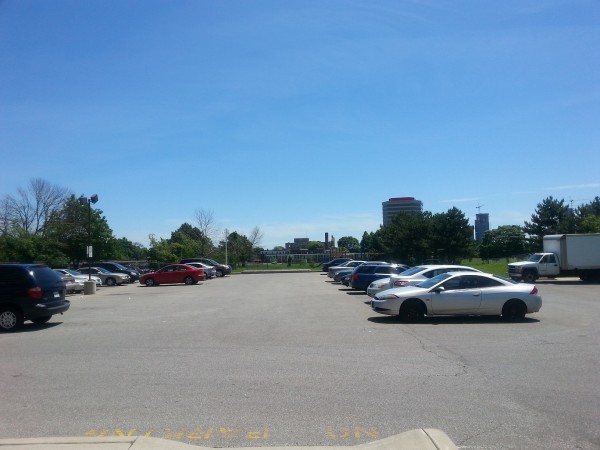 Our little island had a number of green spaces, public and private. The gathering place for people in the different towers was beneath the willows in Capri Park. Parents in traditional garb would sit beneath the tree, with their children in western clothes playing in the fields, the highway humming in the background. 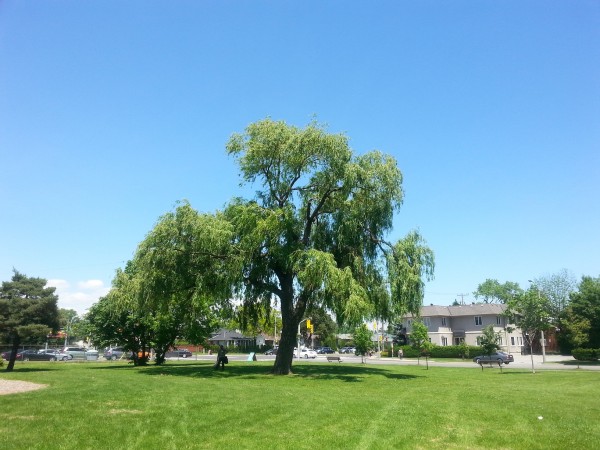 The 427 was always a minor annoyance, its sound filling the space of our little island. But when I left home, this was the first thing I missed. On summer nights, I would leave my window open, listening to the rush and moan of the highway. I always thought I was listening to Toronto’s heartbeat, the ebb and flow of the city. I was surprised at how silent downtown was when I moved there. 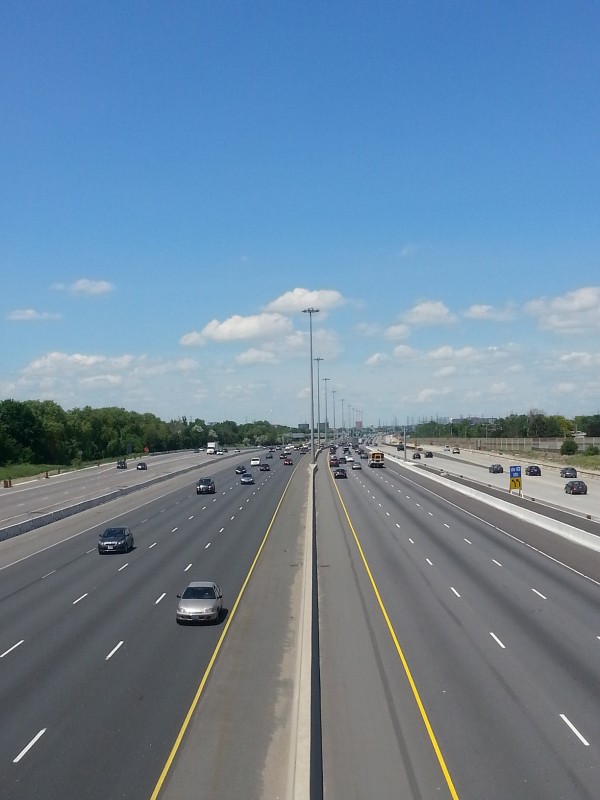 These stories are the flesh, curves and bumps that drape our square and modern skeletons. This flesh is what I recognize, what I remember when I return to my island in Etobicoke.