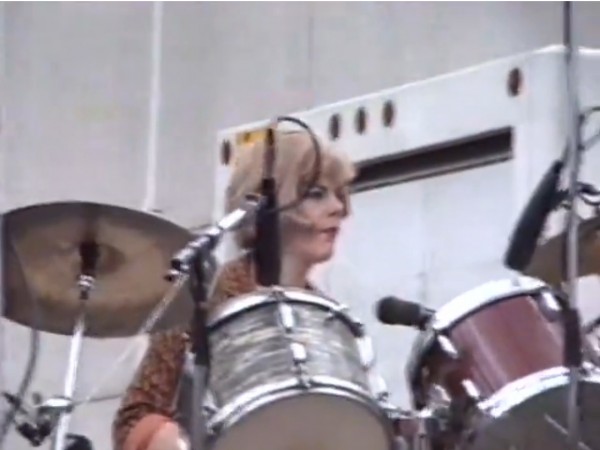 Toronto editor and videographer/artist James Leahy has been mining his archive of late and just put together this fantastic 22 minute document of the 1988 Toronto Pride. “Vive la Difference” was that year’s theme. Apart from seeing how much of Church and Yonge Streets changed in 24 years (or stayed exactly the same), most remarkable is, as James told me, this was one of the last non-corporate Pride parades. Homemade floats and various groups march along a barricade-free route with traffic on one side of Yonge is still moving.

James also picked up street performances by Scott Thompson, Paul Bellini, Sheila Gostick, and the Nancy Sinatras (and others). The video begins with the opening of the temporary AIDS memorial in Cawthra Park. It’s likely many people passing in front of the camera died too early.

Watch until the end. These efforts are why Pride takes over a dozen city blocks this weekend. In James’s words:

This is a personal video record of the 1988 Pride festivities in Toronto. This festival marked the inauguration of the temporary AIDS memorial in Cawthra Park. The parade got its first grand marshalls that year: Svend Robinson, Canada’s first openly gay MP, and Karen Andrews, who had recently won a court victory for same-sex benefits. However, Toronto’s mayor at the time, Art Eggleton, once again refused to give Pride an official proclamation.