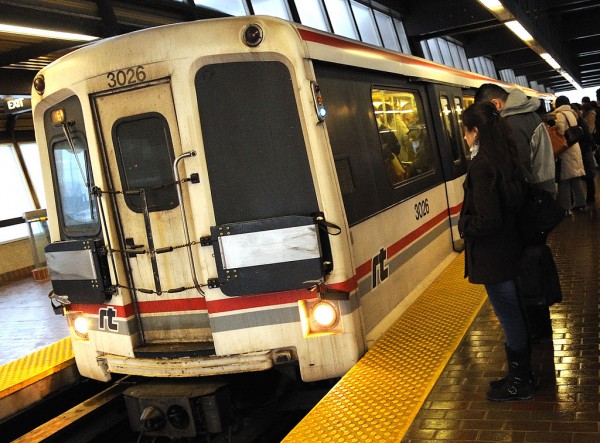 Karen and Rob are kinda-sorta-friends again. The Liberals have found a way to mollify the long-suffering, wet-footed people of Scarborough. By-elections will be won, an exposed flank defended, caucus squawkers silenced. What’s not to love?

For all those bonuses, I’m going to go out on a limb and suggest that the cozy blanket of consensus that now envelopes the city’s neglected eastern suburb may set in motion a series of unintended consequences that could threaten the future of the Finch and Sheppard LRTs, return Rob Ford to office, delay the [insert euphemism here] Relief Line, and imperil the Metrolinx investment strategy.

Oh yes, and this: I’d say there’s a decent chance that the Scarborough RT won’t be replaced anytime soon, either by a subway or an LRT. Why? Because the resulting planning delays, funding uncertainty and potential for large cancellation penalties will trigger a simmering and unpleasant fight over who should foot the bill.

But if that’s the cost of defending a Liberal seat in Scarborough, who am I to criticize?

1. The Liberals, according to senior government sources and news reports, are glad to see that Ford’s going to, uh, play ball, and so they’re prepared to figure out how to split the difference, whatever the difference is. But the feds are also going to be asked to pony up, which is what we reflexively do whenever we need a distraction gimmick. So Rob will call Jim and Jim will call Steve, and Steve will text Tony and ask him to write up a nice big cheque for, say, $330 million.

But the Harper Conservatives have other problems to solve right now, and so you’ve got to think that there’s a huge temptation to simply shift the $330 million previously allocated for the Sheppard LRT — which, as we all know, was not exactly Robbie’s first choice – over to the Scarborough RT upgrade. Et voila: funding!

More to the point, they’d get twice the political bang for a single buck. And, since we’re already pulling on the LRT thread to see how far it unwinds, what’s another yank or two?

2. Now, imagine you live in York Region, and you have been lusting after that Yonge Street subway extension up to Richmond Hill. What transportation minister Glen Murray et al have just demonstrated is that queue-jumping is not only possible; it is also rewarding.

In short, York Region pols have been handed a malodorous political grievance, which, I’m guessing, they’ll be more than happy to deploy in the run-up to next year’s provincial election. Scarborough whined and whined, and they got a subway as a reward. The Liberals have vulnerable MPPs in York Region, and so they’ll be surely pondering whether a short subway line may be the price to pay for a few more 905 seats. (James Pasternak, he of the Sheppard West connector, must surely be thinking the same sorts of thoughts today.)

3. All this means the Downtown Relief Line, contrary to Metrolinx’s earlier claims, is suddenly no longer the next major subway priority project, if I’m not mistaken. But that’s okay, because we don’t have a name for it yet, so we shouldn’t start planning it seriously.

4. Now, when Murray emerges from the Tarot card reader’s tent in the fall with a sorta-kinda-maybe plan for the Metrolinx Big Move investment strategy and the desired revenue tools, many people in the GTHA may find themselves pondering the following intriguing question: How is it, that after being told countless times that there’s no money for transit and therefore we need to create a system of “dedicated” taxes and levies, all of a sudden there’s money for transit. Poof! And not just chesterfield change, but almost $1 billion that no one knew we had.

Besides making the Board of Trade/Civic Action crowd look like a bunch of chumps, such gestures may prompt many voters to conclude that they’re being had on this revenue tool thing. Certainly, Tim Hudak and Andrea Horwath, neither big fans of such taxes, will be inspired to ask probing questions in the Legislature about how the Liberals pulled this chubby rabbit out of the hat.

And you know what? They’d be right to ask. I’m wondering, too.

5. Say you work at Metrolinx, and many smart and dedicated people do. What did the Liberals just tell you? Answer: that what you do doesn’t matter. Metrolinx officials can plan, consult and tender until they are green in the face. But it’s not important. What’s important are elections.

6. Here’s another group that’s no longer important: all the thousands of Torontonians who are (naively) participating in chief planner Jennifer Keesmaat’s three-phase consultation about made-in-Toronto revenue tools and transit priorities. But hey, zap, zap! Decisions are being made, and quickly. But the city has to pretend these consultations are about, well, consulting residents. Yet the truth is, residents and their views don’t matter. What matters are, you guessed it, elections.

7. Finally, let’s loop back to this money question. Metrolinx officials say that $85 million has already been spent on the RT conversion, and that some of the funds have gone towards the design and construction of an LRT storage facility that, well, doesn’t need to be quite as big as it was going to be.

Hey, what’s a little waste when we have a big happy summer consensus?

But the more intriguing question has to do with Bombardier, which was expecting an order for about twice as many LRVs as it will now receive. That’s easy: let’s just tell them to build subway trains instead, and all will be forgiven, right? Yet aren’t big equipment tenders supposed to go out for competitive bidding? That’s what Rob Ford says. In this case, tenders will be inconvenient, inefficient. It will be much, much easier to placate a potentially litigious supplier with an inflated replacement contract than to get the most cost competitive product.

8. If you’re a swing voter in the 905, and you’ve watched ehealthgate and ORNGEgate and gasplantgate and now you’re pondering whether the Liberals are trying to buy a by-election by spending hundreds of millions of dollars on a subway that doesn’t add much utility, you might conclude, next year, that this party really needs to spend some quality time on the Opposition side of the Leg.

For the record, major RT conversion contracts, according to Metrolinx, were supposed to be let as early as this fall. But now the good people of Scarborough are going to have to wait for many more months and perhaps even years as the parties to this excellent consensus bicker over the nitpicky details of what they’ve wrought.

But hey, waiting for the transit to arrive is what we’ve always done in this town, so why should 2013 be any different. It’s kind of like waiting for Godot.