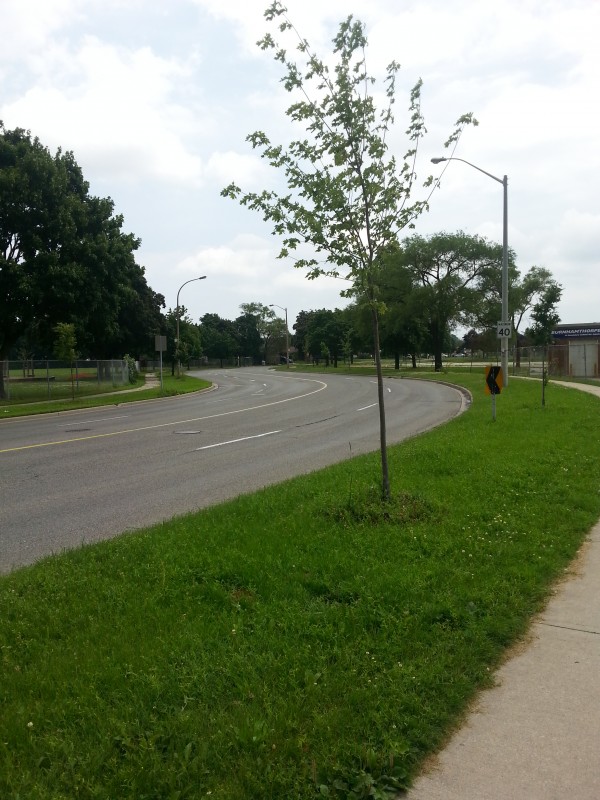 My tower neighbourhood was built with modernist ideals of green space, low density and novelty. In the ‘50s, Toronto planners and architects stretched their limits to see what urban forms their minds could conjure. They broke with tradition, creating spaces no one had ever seen before.

By the time I was born in the ‘80s, the novelty had worn off. The original ideals had aged through the first generation of tenants, those who had been tasked with interpreting the space from the start. This was especially true of travel routes, where many tenants quickly realized that sidewalks did not always lead you to where you wanted to go. With these neighbourhoods being so unique and new, residents were given the chance (forced?) to discover the hidden paths that led to gathering points and places of commerce. These have continued to evolve.

These alternative paths became regular migration routes for the children in summer, leading us through the wild, dark sides of our modern neighbourhood. One of the most popular paths was the Shortcut to Eatonville Library.

The Shortcut took us beyond The Parking Lot and into The Field behind the Park. We passed the House of Trees and The Evergreens, maybe grabbing some pinecones and wildflowers along the way. All the while, the sound of Highway 427 filled the space with its deep rushing noise. Crunching through the Fields of Thistles we reached The Far Fence. 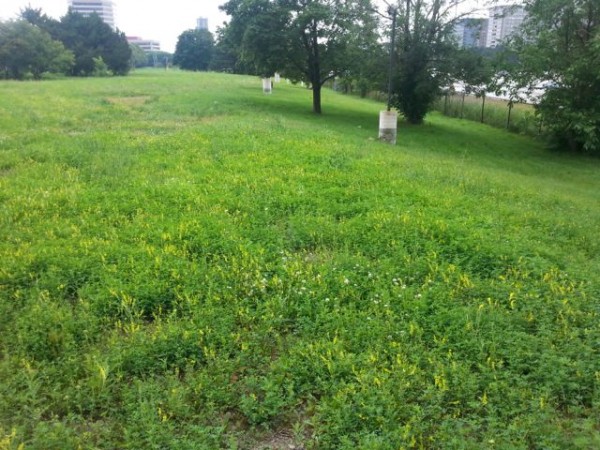 You had to know where to look in order to pass through the fence easily. The secret was at the point where two fences connected. There was a small crack at a junction of fences, where property lines intersected. Through here, we made it to the other side. 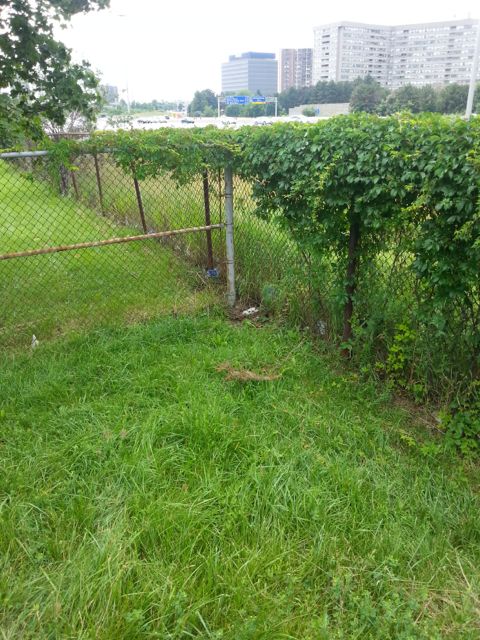 Our urban fabric frays at the edges. Holes let us pass to the other side.

We emerged at the far corner of The Track. This was always a striking sight. After having wandered through the brambles, we were left here in a vast, grassy expanse. The highway boomed at our side while our towers watched from above. In the summer, The Track hosted a regular conference of lounging animals; there were seagulls, geese, dragonflies, grasshoppers and sometimes a few squirrels. We would tread lightly, not in fear, but in respect. It always seemed like the animals were taking a load off, and we did our best not to bother. 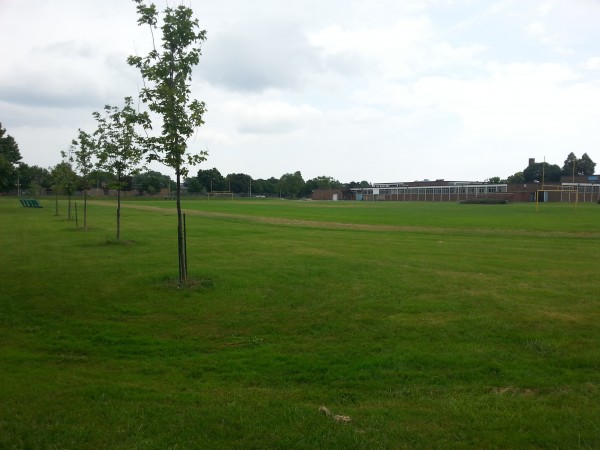 The vast expanse across the wall. No animals today on The Track

At the far end of The Track, we navigated through the maze of cars and concrete in The Adult School’s Parking Lot. After meandering through the valleys between these crags of concrete and metal, we stepped back on to the sidewalk, and made our way to Eatonville. 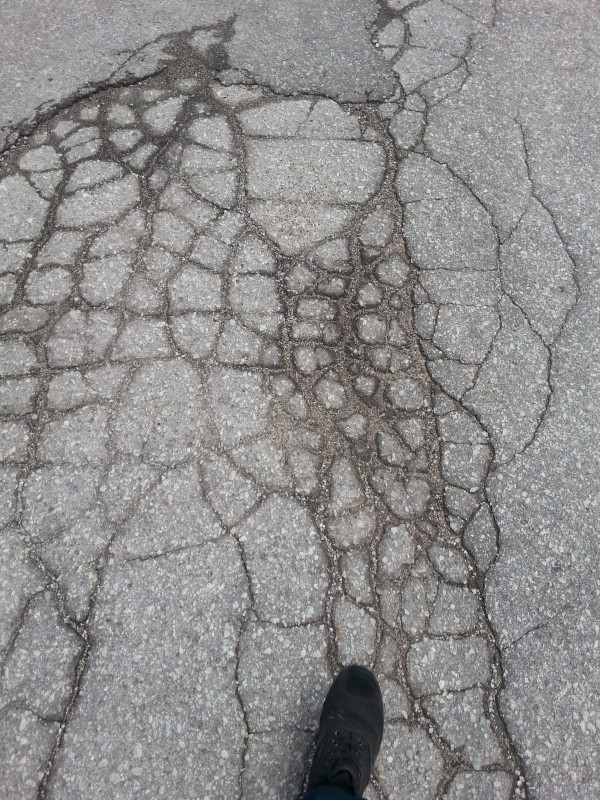 Valleys on the way to Eatonville

Modernist planning tried experimenting with ideas that had never been envisioned or tested before. Towers in the park were built on an idea, but their evolution was dependant on the tenants. In reality, the people that envisioned these spaces would never be the ones to write their stories. They would have never thought of children revising the plans with their movements, cutting through the logic of the car, erasing borders and barriers, and quietly reforming the landscape to suit their needs.

I later realized that the tradition of this shortcut was our own conversation with the land and its structures. The land told us, “Be modern!”, and we quietly replied, “Up yours.” We rejected modernism before we even knew what it was.

Yet, if modernist planning (perhaps accidentally) gave us the power to write our own story, to carve out our own pathways, and understand the landscape in such a meaningful way, how could we reject it completely?  Analogous urban forms have existed for less than 100 years, unlike the ancient streets of the old world. We, the tenants, and especially the children, were writing the history of these spaces, and passing them down generation after generation. Our modern homes, broken from tradition, new and untested, were an enormous blank canvas for us to accept, reject, write, revise, draw and traverse based on our own rules.