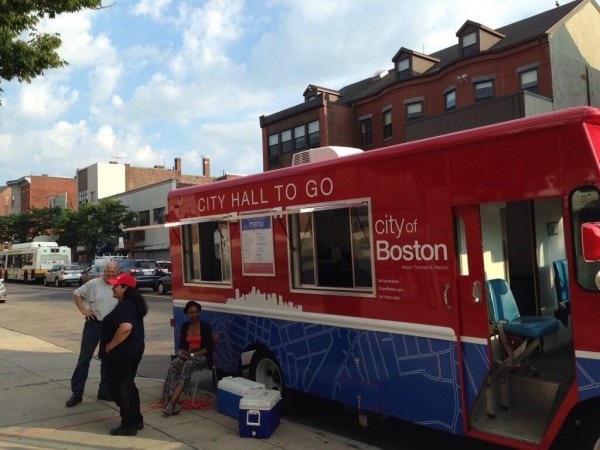 There’s something different about Josh Matlow. The conciliatory-or-die Toronto city councillor has been a little more blunt, as of late.

“Toronto has done a piss poor job of preserving our story,” he told a Sept. 10 community council to a chorus of “whoah’s” and “hey now’s.” Everyone present seemed surprised by the bluster, but he pushed-on, speaking of missed opportunities, demanding change.

Earlier he declared: “we haven’t learned anything since Nathan Phillips started knocking down everything you could see!”

Well, when Matlow had three days alone to himself in August, the Ward 22 councillor, who enjoys popping-in on other cities and their civic corridors to see how they do things, decided it was the perfect time to visit Boston. He got to meet a number of Boston’s 13 city councillors, (which, Matlow points-out, is roughly the same amount of representation as Toronto, after factoring in population size). He also bore witness to Boston Mayor Thomas Menino announcing a referendum on casinos. He saw public washrooms, ad-free street furniture; and, this being the age of social media, he live-tweeted the whole thing. Spacing had a chance to debrief the councillor, the day after his return, to see what he had gleaned from our counterparts in Beantown.

Spacing: On Twitter, you call Boston “the smallest big city.” What makes Boston “The Walking City?”

Matlow: Unlike Toronto […] Boston is actually quite a small city — it’s actually a population of roughly 600,000, so less than a third of Toronto’s population — and it’s all sort of concentrated in a very walkable distance. I mean, I never really measured how many miles I walked, but, after three days of walking Boston I found myself recognizing streets that I’d already walked through, remembering restaurants that I had noticed. If I went back to Boston today, I could probably tell you where you could get some good dumplings. So it’s a really easy city to get to know.
It’s also very dense. Many, if not all of the buildings, are mid-rise. Many of them date back to the colonial era. So it’s very concentrated as well, it doesn’t sprawl the way that Toronto does.

Spacing: You also say on Twitter you were “saddened” by how much heritage architecture Boston has preserved, compared to Toronto. How do we protect what’s left, and what are we left with if we don’t?

Matlow: Residents of Boston still live, in many ways, in the shell of the same city that their ancestors lived in: the same streets that the patriots have walked through — two, three hundred years ago. Toronto has, I think, a very shameful legacy of demolishing heritage buildings in the name of progress. Back — I believe it was in the 50s — there were even suggestions of demolishing Union Station. Now, fortunately that didn’t happen, but many of our buildings were demolished during that era. And, even today, even with the Heritage Act, it’s still difficult to fully preserve buildings from developers who wish to build something where they could, frankly, make some more money off it.

My view is: we need stronger heritage legislation that allows the city to be able to say to a developer — it doesn’t matter who owns the property — “you can’t redevelop it.” There’s a reason why we want to preserve it.

[Toronto] really hasn’t prioritized its story and its heritage like many other cities.

Matlow: Yes. Toronto should learn from cities like Boston, and others around North America: don’t get into false debates between subways and LRTs. But recognize that great cities have a diversity of different means to get around. That it’s not about [subways versus LRTs], it’s about what vehicle works best on each specific route. How do you make sure that you can affordably get people to where they need to go on rapid transit? Boston has a subway. They also have LRT, and it works. They also have bus lines. It all connects, and we can learn from that. In fact, cities across North America are begging their higher levels of government for money for both subways and LRTs.

In Toronto, however, we were offered — by our provincial government — a fully funded LRT for Scarborough, and we were inane enough to say “no.”

Spacing: Boston has a mix of bike lanes, shared lanes (sharrows), bike boxes (dedicated cyclist space at intersections), and separated cycle tracks. Did you notice a difference in attitude there towards two-wheeled transportation?

Matlow: Yeah, I saw a lot of cyclists. They seemed very comfortable bicycling in their city. Cycling didn’t seem, in Boston, to be considered a second-rate way of getting around — it seemed to be something that was acknowledged to be an important part of the transportation mix. In fact, their version of Bixi is called “The Hubway.” Our Bixi rolled-out in a temperate form: you see a few stations, here and there, throughout the city […] in our downtown. All throughout Boston, you will see Hubway bike stations, all over the place, and they’re always empty, meaning that the bikes are being used. 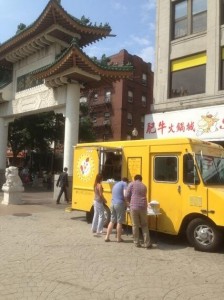 Spacing: They have food trucks! We’re… trying. What’s it going to take to make a go of it here? What’s their secret?

Matlow: The secret is stop being so timid. Just do it. In Toronto, we are so worried about someone getting annoyed about a food truck being in the area that we always take two steps forward and three steps back. There was another false start recently in Woodbine Park, where I think there was like one complaint, so all of the sudden they pull back their food truck there. We just need to free the food trucks, let them happen. I think the constrictions that we need to consider is: how to ensure that they don’t unfairly compete with local restaurants, for example, that also have the burden of paying for rent and utility fees, and etc., (which comes with being in the building). There are so many areas of Toronto that we should be introducing [food trucks] to. There are areas around the tourist districts, around the waterfront, around the Skydome. I’d like to bring food trucks to Yonge and Eglinton [in his own ward].

They add a sense of fun to a city, they add food diversity to a city, and they’re really creative part of big city living. […] Boston just did these things, they made them happen. And they’re used, and they’re enjoyed.

Spacing: What ideas do you hope to bring home with you?

Matlow: Two ideas that Boston has done successfully, as far as civic participation and open government.

These are two things that I intend to act on, now that I’m back in Toronto.

Spacing: So what can Toronto teach Boston?

Matlow: I think Boston, like most cities, can learn from Toronto how people from around the world can come together, and live in a respectful and civil society unlike any city that I know of in the world. You know we have our challenges. But the way that people live together and work together in Toronto, from a diversity of backgrounds, is unimaginable in most cities in the United States and around the world.