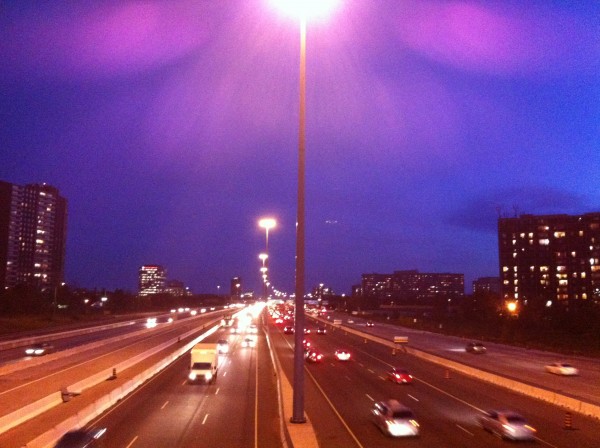 I had traveled in Europe for a month, taking in the sights and rubbing elbows with fellow city-enthusiasts (also known as tourists). It was my first time on a trip like this and I was excited to share my experiences with everyone at home. However, when I returned something had changed. From what I’ve heard, it’s common for people to feel somewhat disappointed when they return to Toronto, a kind of reverse-culture shock or ‘Toronto-itis’ as I began to call it. Naively, I assumed that I would be immune to this reaction, but on my return I caught myself saying, “What is this place?”

It was natural to begin making comparisons, poking at the fat and pinching the folds. The TTC seemed slower, the croissants harder, the sidewalks thinner, the buildings more oppressive. In a way, these acts of comparison were little battles staged in my mind, each attack marching from a colony built of memories from my travels. Opposite this stood my memories of Toronto, of my past, built in concrete and completed with fissures, fires and smoke – an old fortress cracking under the pressure of its own immense weight. Yet with each attack, I felt a pang of remorse. Why was I attacking Toronto? And why did I feel compelled to defend it?

An answer came as I walked over a bridge crossing Highway427  in my neighbourhood. There, in a moment of clarity (with perhaps a splash of car exhaust) I saw the bridges crossing the Seine, the Spree, the Tiber and the Thames. Side-by-side the images stood with their shining, slow-flowing rivers and fanciful structures dotting the shores. But here in Toronto, I saw the booming highway. This space that had once captivated me, instead disturbed me. A frothing vortex of cars rampaged, each one letting out a deep moan as it sped below, the collection of which built the cry of a restless city.

It was in this cry that I found the antidote I was looking for. This unfiltered sound reminded me of how young Toronto is. This city had barely needed to deal with the horrors of destruction, the pain of rebuilding and the nauseous rise and fall of empires which had plagued the old world. Hardly innocent, yet hardly grown, Toronto’s beauty emerged in its adolescent awkwardness, its confusion. How ruthlessly the city was drawn square on the round cliffs on the edge of Lake Ontario. How embarrassingly the city severed so many ties with the past of the earth (as old as Rome) beneath it. How devoted the city was to such a high standard, but how downtrodden it was to ever fall short of it. Toronto was openly struggling with itself and it laid it all bare. This cut of concrete in front of me was a raw admission, “I’m still working on it.”

As I crossed back over the bridge, night was descending. The roads were wrapped in strips of evening sunlight and the city reached a calm deep slumber. In the night, the highway grew bright, with thousands of cars and apartments popping out in the darkness. From their lights came terrifying excitement. Those ancient cities I glimpsed were built layer upon layer from structures that soon eclipsed daily life. It is in this that Toronto differs. It is as a city where anything seems possible, where the people of this city are slowly writing and reviving the city’s story with each step taken, each word spoken, each decision made, each building built, and each life lived. It is a city where our daily lives and recent memory are front and center, not eclipsed but instead highlighted by our conflicted past.