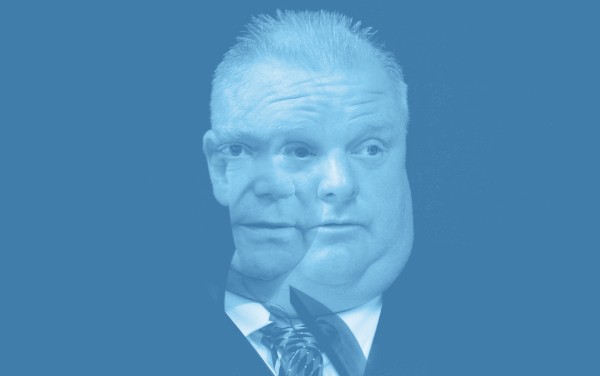 In 1991, the American author Jane Smiley published “A Thousand Acres,” a devastating novel about a mid-western farm family – an aging pater familias, and his three adult daughters — and the struggle to deal with their land. Smiley’s book is a contemporary revision of “King Lear” that posed a deeply provocative question that Shakespeare didn’t tackle: Why were Lear’s daughters so angry at their father?

Without giving anything away, I’ll just say that Smiley offered a compelling explanation about the causes behind a dysfunctional family relationship.

I found myself thinking of this story last night after Mayor Rob Ford’s astonishing and sloppy two-act display of public contrition.

The obvious question that’s run through this six-month saga is, how can a public figure be so oblivious to, or cavalier about, the consequences of their actions?

But perhaps the question we should be asking — post-confession — is this: why does a man with so many privileges and such material wealth feel a compulsion to self-medicate to the point of addiction?

What, or whom, is he running from? What is the source of his pain?

These questions are not the stuff of political journalism, except that this mayor’s story from the start has been a family story, and, in another way, a story about a most peculiar family. At some level, it is also a tale about one child’s place in a clan with dynastic aspirations and more than its fair share of familial scandal.

Which brings me to the subject of Doug.

Doug, who, as of yesterday morning, decided to mount what is now a very characteristic counter-attack which, typically, involves the hurling of fictitious allegations in the direction of a perceived antagonist — in this case, Chief Bill Blair.

The mayor, as we all now know, headed off on a very different tangent, with an apparently spontaneous two-step confession and apology, and the rather remarkable statement that he felt “a thousand pounds lighter” for having made it.

During the surreal afternoon press conference, Doug stood stony-faced, slightly to the right of his brother and a step behind. I always feel it’s important to take note of body language, and Doug’s sentry-like stance in such situations often makes me think that he isn’t standing symbolically with his brother so much as he is watching over Rob, perhaps to make sure he doesn’t screw up. That’s why he’s on council. So there is judgment in both his current job and his body language, and, I suspect, a subtle undertow of brotherly disapproval that’s probably been present in their relationship for a very long time.

On Sunday’s radio show, Doug was conspicuously subdued during Rob’s first non-specific apology. During the mayor’s more expansive apology yesterday — to his family, members of council, and Torontonians — he specifically noted that Doug didn’t know about the crack use. Doug needs, or perhaps demands, special attention. He isn’t merely a member of Rob’s family; he needs a separate category.

I also found myself wondering whether these two men — the glowering alpha-male older brother and the doughy younger sibling — were in agreement about the mayor’s seemingly spontaneous confession.

Rob, of course, has a long history of lying and denying. Doug, by contrast, lies for overtly political purposes, and it seems to me that Rob’s truth-telling is deeply inconvenient to his brother. Doug has long coveted a spot in Tim Hudak’s caucus, but some reports from Queen’s Park suggest he’s been tainted by Rob’s scandal.

We’ll never know, but one has to wonder what Doug actually thinks about these episodes.

Does he remind himself that his dim-witted younger brother has always messed up, only this time on an epic scale? Or that the sainted father, Doug Sr., had little patience for his youngest child? Or that it fell naturally to Doug, the business-minded golden boy, to grow the family company, while Rob could be trusted to do little more than spend a few hours a week signing cheques?

I also ask myself whether Doug – and their mother, Diane — still believe that Rob can actually do what’s left of his job, and then lead Ford Nation to another victory. It is inconceivable to me that in the privacy of their Etobicoke redoubt, with the wagons duly circled and the sharpshooters manning the look-outs, that this existential question has not come up in conversation.

And its obvious corollary: could Doug — whose shoes (in his view) are not covered in shit — lead Ford Nation to a second victory, and in the process rescue the family name from disrepute and scandal?

In the farthest recesses of Doug’s mind, does he want Rob to succeed or fail? And, given that Rob is now so close to abject, total failure, what does Doug do with his own ambition? What has Diane said to Doug? What has she said to Rob? What do Doug and Diane think about Rob’s defiance in the face of global humiliation?

Long-established and mostly opaque family dynamics are almost certainly affecting this train wreck of a mayoralty, and, by extension, the civic life of a city.

It’s enough to make a guy want to take a drink.