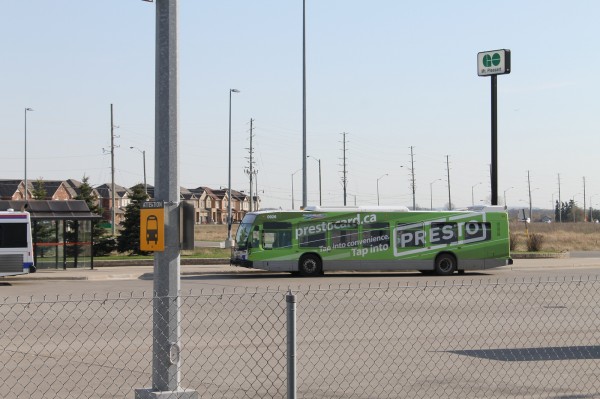 In an interview Friday, Presto’s executive-vice president Robert Hollis stressed that the Washington project is smaller, will reach fewer riders, and involves less components than the Metrolinx venture, which includes several 905 transit agencies, the TTC and OC Transpo. “It’s not apples to apples.”

Yet the opposition critics at Queen’s Park are not satisfied with those explanations.

They say the government has to explain how Accenture, a $28 billion-a-year systems integrator that came in for tough criticism from Ontario’s Auditor General in 2012, managed to negotiate an intellectual property agreement with Metrolinx that appears to give the contractor broad rights to market an open fare technology system that was partially developed in Ontario under the auspices of the 10-year contract it signed with the agency in 2006.

Hollis said the Metrolinx system requires new call and data centres, and serves more riders. Currently, 3.1 million Washington commuters use the existing Metro SmarTrip card, 90% of all riders; about 1 million 905 and Ottawa commuters currently have Presto cards, and that figure is expected to rise to 2.5 million when the TTC comes on line.

Klees, a former Tory transportation minister, also questioned the terms of the IP agreement between Accenture and Metrolinx. “The Accenture bid was in excess of $20 million less than the competitive bids. There is only one reason for such a substantial price difference. Ontario taxpayers have subsidized Accenture’s development costs for a technology that it is now free to market world-wide with no return on that investment to those taxpayers.”

(A Washington Metro official says the agency has not released the other bids, and Klees says his information comes from “confidential sources.”)

In a statement sent to Spacing, NDP transportation critic Rosario Marchese pointed out that “[t]he government saddled us with huge risks and the costs of funding the research & development for a proprietary system that we don’t even own.”

“Did we get ripped off? Given the vastly different price tags of the two systems, it sure seems that way. But the fact is, we have no way of knowing. And here’s the point: the government made sure we would have no way of knowing. It shut down all attempts to find out if a better deal existed. Remember that Transportation Minister Kathleen Wynne actually threatened to cut the TTC’s funding if it didn’t stop shopping around for an alternative to Presto.”

Klees, in fact, argues the government should “put a hold” on Presto’s next generation fare system and open it up to competitive tenders from other providers, such as ACS, a Xerox subsidiary that won the aborted TTC open fare RFP in 2010 (ACS was one of only two bidders, and the other was disqualified). “We get those bids and then we can make a decision based on best value,” he said in an interview.

According to Patrick Searle, a spokesperson for Murray, “The Minister welcomes the news as good news and as validation that PRESTO is a world class fare system, well served by public transit users in the GTHA and Ottawa.” He did not reply directly to Klees’ questions.

Hollis, for his part, shed more light on the controversial November, 2012, IP agreement between Metrolinx and Accenture. After securing a contract to develop an open fare system for the TTC, the company approached Metrolinx about negotiating a global rights deal. “Accenture wanted to use Presto on platforms around the world,” he said.

Accenture officials have stated repeatedly that the company had a fare system platform prior to its deal with Presto, and plenty of experience in rail and air travel ticketing. Its only previous transit system was in the Netherlands.

According to Hollis, Metrolinx and Accenture created an “open architecture” system that allows transit agencies to use a range of devices, such as card readers, built by various suppliers. Commuters, in turn, will be able to pay with various fare media, including bank and ID cards, Presto cards, and smart phones.

Metrolinx, says Hollis, didn’t see its role as marketing the technology internationally, and so Accenture, under the contract, retained global rights outside Canada in exchange for a “a multi-million dollar” one-time payment by Accenture. Said Hollis: “We don’t have the means or the mandate to re-sell this [system].”

Metrolinx officials declined to reveal the precise pay-out, saying such a disclosure would violate the agreement, which stipulates confidentiality. However, spokesperson Anne Marie Aikins said Metrolinx will eventually report the payment in its financial statements, although it may not be broken out as a separate line item.

Hollis added that Metrolinx, under the IP agreement with Accenture, also has the right to use, at no extra cost, technology enhancements developed by other customers of the system that the company developed for Presto.

As for Canadian customers, the IP contract provides unspecified royalties to Metrolinx if Accenture’s Presto system is procured by other domestic operators. But Hollis could cite only two: the LRT networks in Calgary and Edmonton.